The ceremony was held on the very day the Korean War came to a close 69 years ago. High-profile officials from South Korea and the US, as well as 2,000 citizens gathered to honor and lay flowers for those whose names are on the wall. 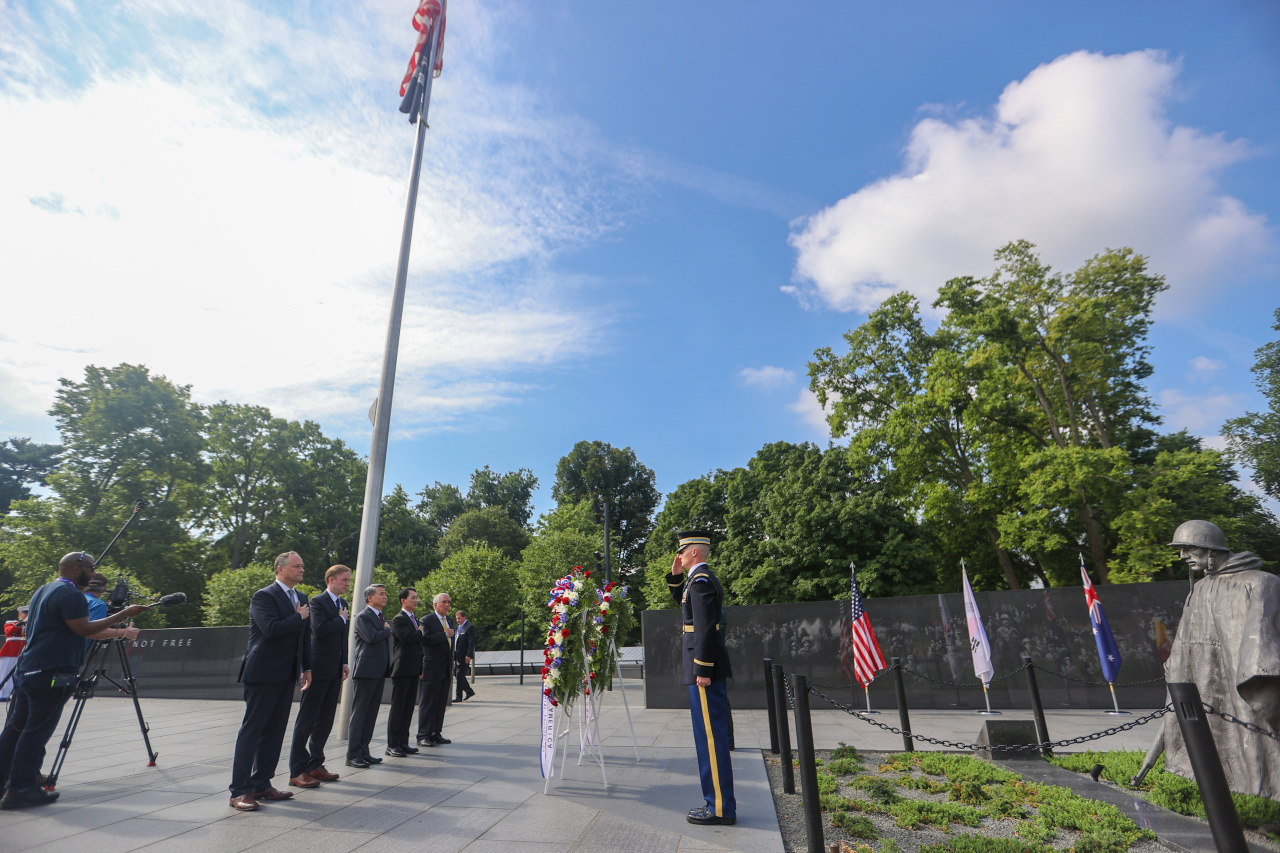 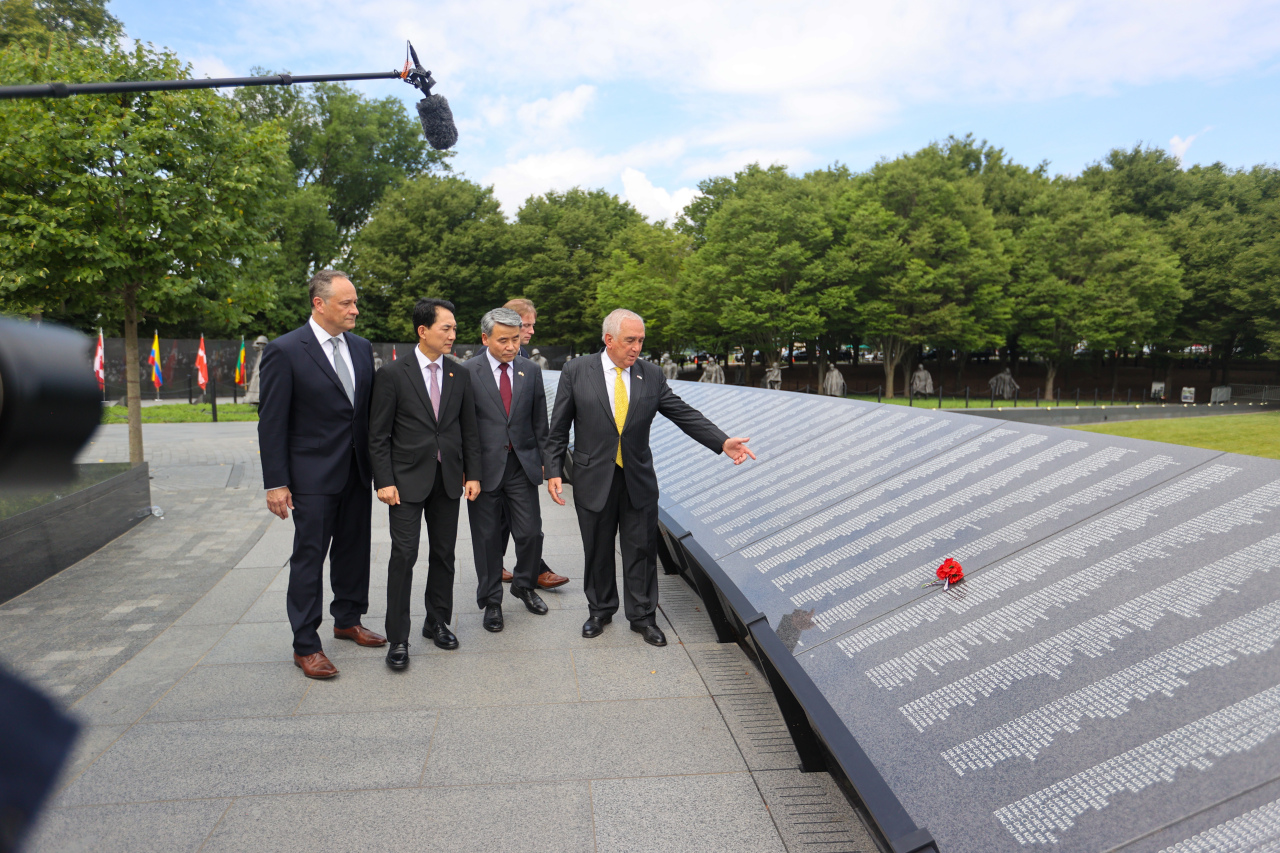 The Korean Defense Minister Lee Jong-sup and Veteran Affairs Minister Park Min-sik listen to the explanation about the Wall of Remembrance on Wednesday from John Tillery, the former head of the US forces in Korea and the chairman of the Korean War Veterans Memorial Foundation. (Yonhap) 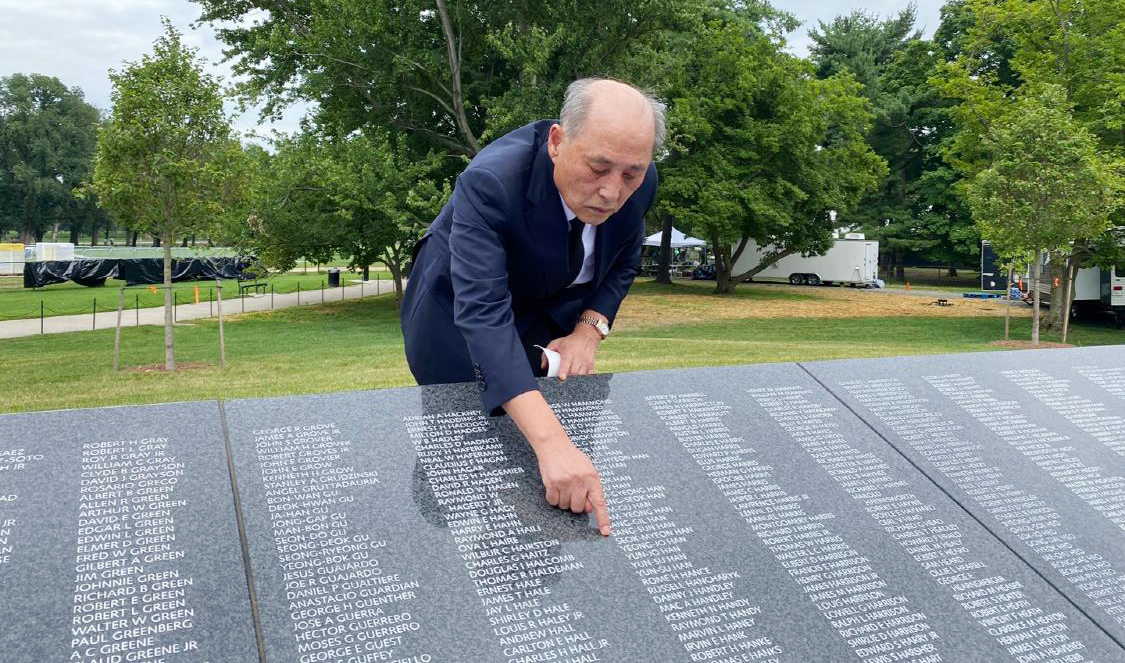 The son of a fallen Korean Augmentation Troops member of the US Army points out his father’s name on the wall at the Wednesday ceremony. (Yonhap)

Flowers are laid around a picture of a fallen hero on the Wall of Remembrance by the participants of the unveiling ceremony on Wednesday. (Reuters-Yonhap)