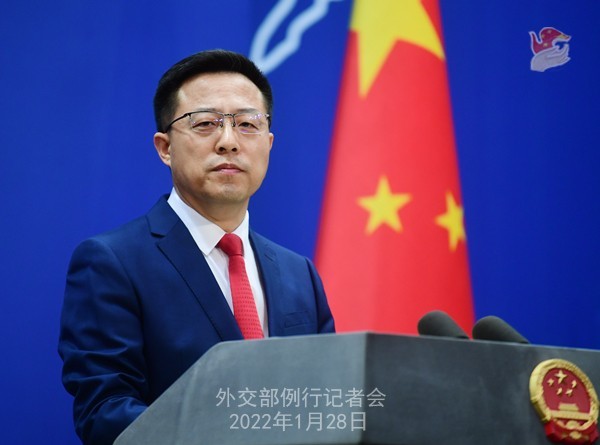 It was referring to the so-called three "No"s -- no additional THAAD deployment in Korea, no participation in a US-led missile defense network and no involvement in a trilateral military alliance with Japan -- a principle held by the liberal Moon Jae-in government.

"South Korea expressed its respectful stance on the THAAD issue in 2017," Zhao Lijian, spokesperson for Beijing's foreign ministry, said during a press briefing. "It played an important role in cooperation and deepening of mutual trust."

He was responding to a question about recent comments by South Korean Foreign Minister Park Jin that the three-no approach was not any formal agreement or promise with China.

He added that a new leader "can't turn a blind eye to past debts" and urged Seoul to "act with prudence" with regard to a highly sensitive issue affecting the security of a neighboring country.

When he was on the campaign trail, Yoon of the conservative People Power Party raised the need for South Korea to get an additional THAAD battery deployed on its soil to counter growing missile threats from North Korea. China, in particular, is known to be sensitive about the powerful radar operated for THAAD. (Yonhap)