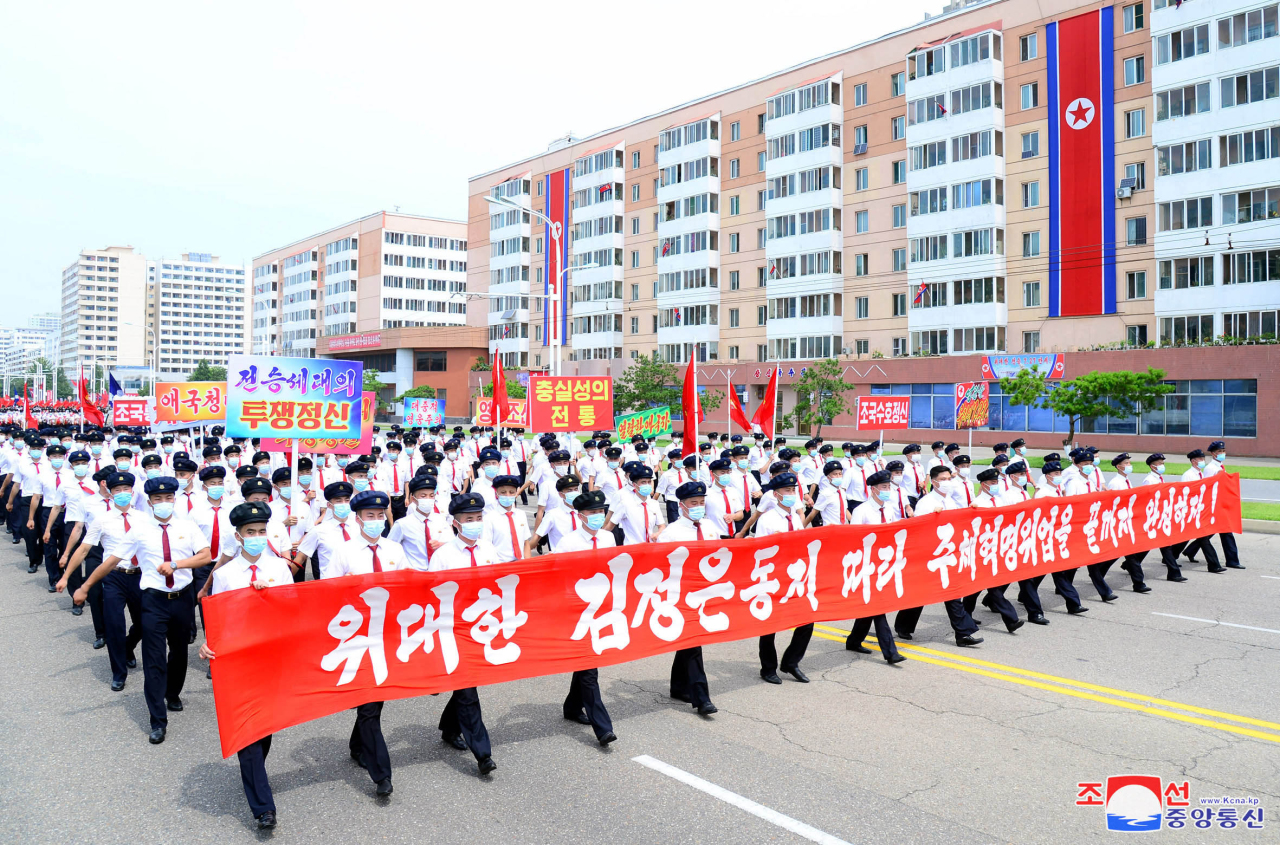 North Korean college students march in ranks while singing wartime songs in Pyongyang on Tuesday, as part of activities to celebrate the 69th anniversary the next day of the Korean War armistice, in this photo released by the North's official Korean Central News Agency. (Yonhap)
North Korea appears to be ratcheting up efforts to strengthen its power grip on the young, as it celebrated the anniversary of the Korean War armistice signed in 1953.

In an editorial, Pyongyang’s state-run daily Rodong Sinmun urged young people to learn from their predecessors, highlighting the value of patriotism as the North celebrated the 69th anniversary of the signing of the armistice on Wednesday.

“The youth should learn from the excellent minds and ethos of their past generations and become patriots, to devote themselves to their leader, nation and the state system,” the paper said in the editorial.

“Always keep in mind the historical principle that the nature of the United States and the enemies never change. Always hate imperialism, and passionately love our socialism.”

The North designated the armistice signing date “Victory Day,” as it had put an end to the Korean War, or what Pyongyang calls as the Great Fatherland Liberation War.

In another article, the paper also stressed respect for the leader, patriotism and heroic sacrifices as the most valuable spiritual heritage, and noted the need to promote various state projects to support the young population.

Many celebratory events targeting young people took place in honor of the anniversary. Some 2,000 students of several universities, including the Kim Il Sung University and Kim Chaek University of Technology, took part in a march on Tuesday.

The North has long kept in check of slack in discipline of the young generation.

In a letter North Korean leader Kim Jong-un sent to a youth organization in April 2021, he cautioned against young people lacking in experience and getting “wrong ideas.”