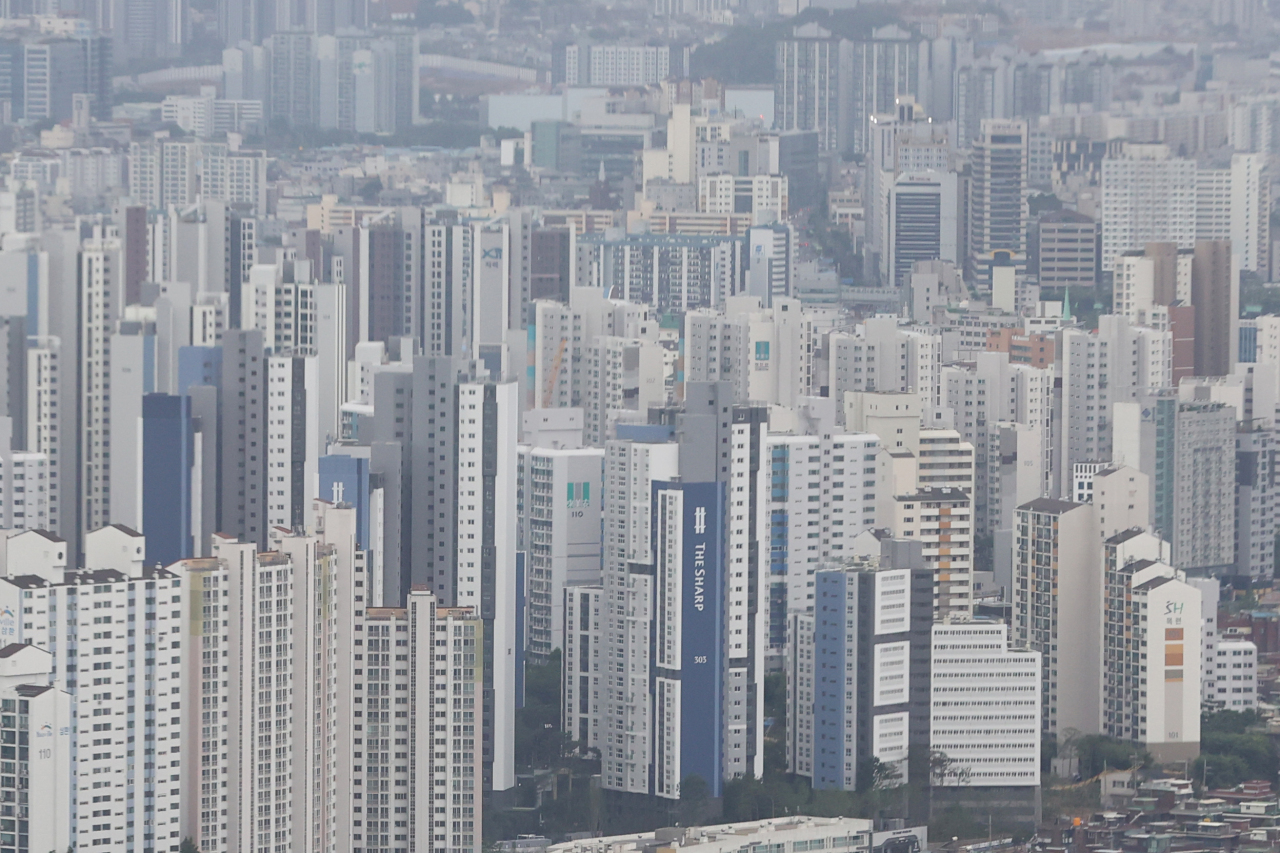 Apartments in Yeongdeungpo-gu, western Seoul, are pictured. (Yonhap)
The average jeonse price of apartments in Seoul this month fell for the first time in three years and three months as demand dropped due to increased lease renewals and rising interest rates while supply rose.

Jeonse is a home rental system in Korea where a tenant pays a lump-sum deposit, instead of monthly rent, to a landlord. The deposit typically ranges between 60 to 80 percent of the unit‘s sale price, and is fully refunded at the end of the contract period.

According to KB Kookmin Bank’s monthly housing statistics, the average jeonse price of apartments in Seoul fell from 677.92 million won ($517,000) in June to 677.88 million won in July, marking a monthly decline for the first time in 39 months.

Meanwhile, jeonse lease renewals increased because interest rates rose and a revised tenant protection law that took effect on July 31, 2020 gave tenants the right to extend their two-year lease by another two years.

The number of Seoul apartments on the market for lease also rose 11.6 percent from a month ago to 49,819 units on Monday, according to a survey by a real estate big data firm Asil.

Demand for monthly rent, on the other hand, increased due to the interest rate hike.

Because people who took out bank loans to pay their jeonse deposit now have to pay higher interest, many are shifting to monthly rent.

“We should wait and see until the peak house moving season in the fall, but we don’t expect major instability in the jeonse market for now. Additional interest rate hikes in the second half of this year, however, could lead to continued shifts from jeonse to monthly rent, which means higher housing costs for the tenants,” said Park Won-kap, a senior real estate analyst at KB Kookmin Bank.