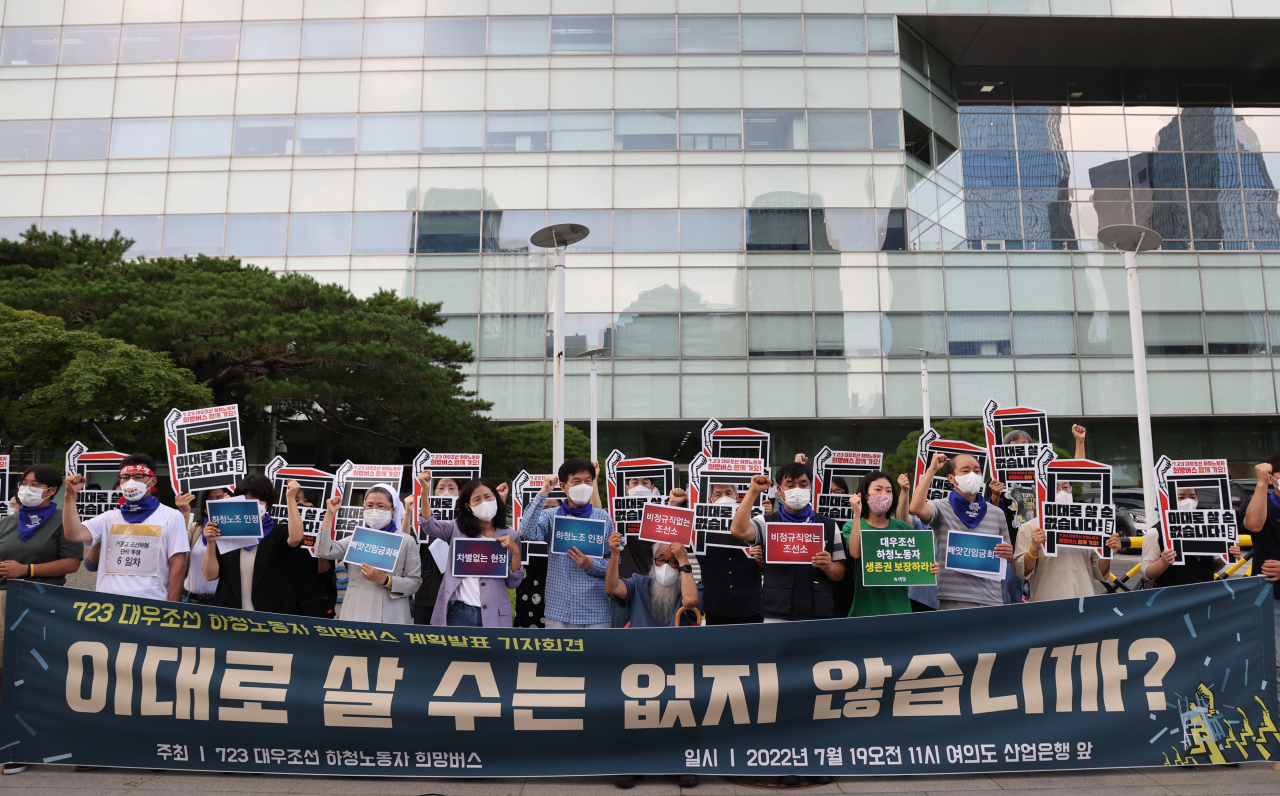 “It would be more difficult for DSME to repay its debts as the strike drags on … we’re not going to help the builder unless it gets back to work,” an executive at the state-run bank said, suggesting that the country’s third-largest shipbuilder would have no choice but to ask the court for help if the strike results in a poorer liquidity.

The strike, which started last month as subcontractors occupied the shipyard’s main dock demanding a 30 percent pay raise, is projected to cause losses amounting to 816.5 billion won ($622.1 million) by July and 1.3 trillion won by August, according to the bank.

But neither the company nor striking workers seem ready to compromise anytime soon. Mediation efforts by the labor minister as well as President Yoon Suk-yeol, who himself called the sit-in “illegal,” have instead rallied the workers and proved ineffective.

Analysts said the builder would find it hard to stay afloat without extra loans from KDB -- the main creditor that had injected 2.6 trillion won into the company since 2016, contributing to more than half the 4.2 trillion won the creditors had chipped in to save the firm.

KDB had backed merging DSME and its crosstown rival Hyundai Heavy Industries, a tie-up that would have resulted in the world’s largest shipbuilder, but in January European Union antitrust regulators blocked the proposal, saying the two Korean builders’ market dominance could lead to reduced competition.

DSME had already undergone rounds of restructuring so it has few assets to sell or enough collateral to pull loans, analysts said, noting the court could take steps to liquidate the firm altogether if it files for receivership again.