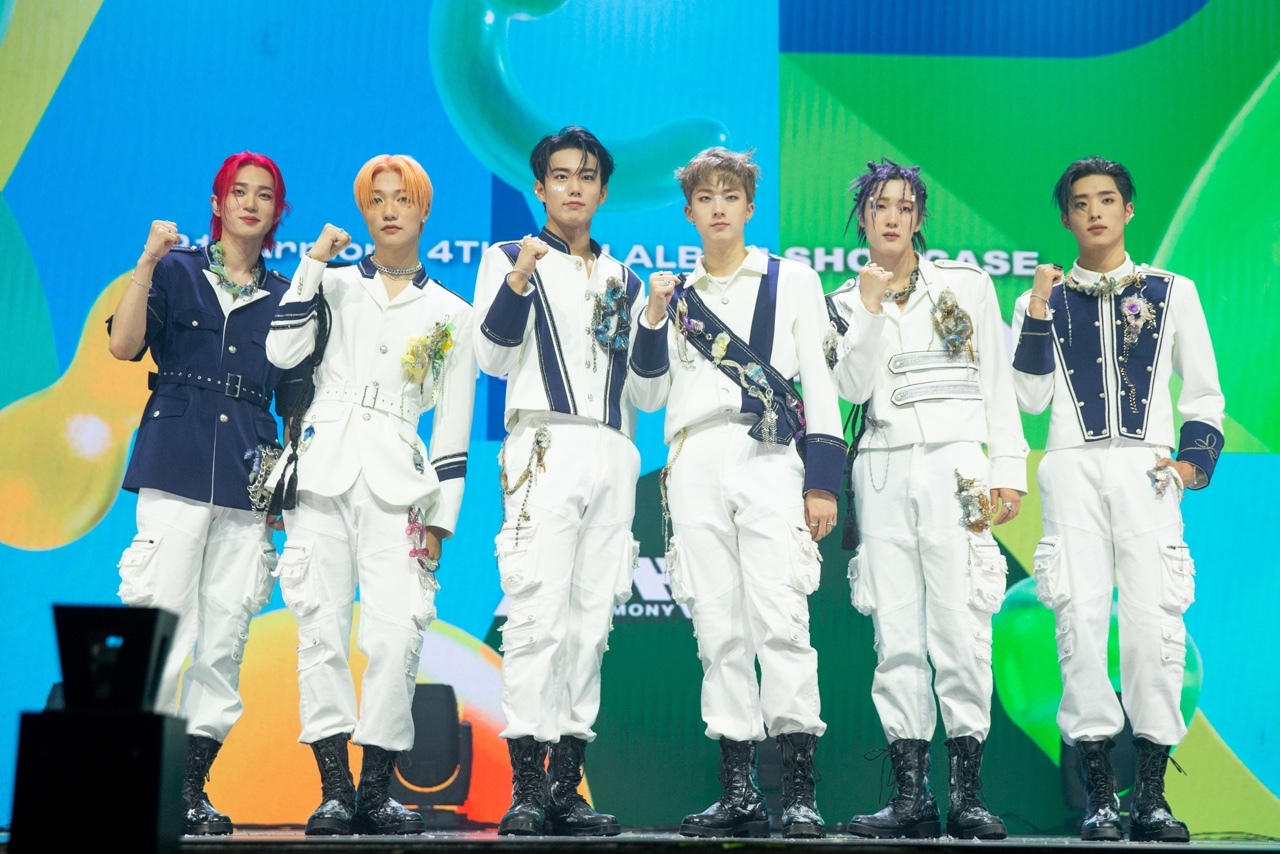 Boy band P1Harmony poses for photos during a press showcase event for its fourth EP “Harmony: Zero In” on Wednesday in Seoul. (FNC Entertainment)
Having successfully wrapped up its first global tour in March, P1Harmony said the secret behind its growing popularity overseas is each member’s unique charms and great synergy.

At a press showcase event ahead of the fourth EP “Harmony: Zero In”’s 6 p.m. online release, the act’s leader Keeho said, “Since it was our first tour, everything seemed so strange. We were so nervous but felt thankful.”

“After seeing the fans’ reactions in person for the first time, I realized why I wanted to be a singer,” he said at the event held at Yes24 Live Hall in Gwangjin-gu, eastern Seoul.

Another member Jongseob said that the six members’ charms onstage are all different. At the same time, the band was able to draw a lot of attention from fans abroad because its songs like “Do It Like This” and “Follow Me” enable non-Korean speakers to easily sing along.

“Having many good experiences through the tour, I’ve realized that the energy we create together is very strong. Not only the powerful performance that we get to show on stage, we work in perfect harmony together,” Theo said.

In addition to the “P1ustage H: Peace” tour, Keeho expressed his wish to hold more live performances around the globe. He said, “Meeting the fans on music programs often has become our goal with the new release.” It will be the first time for the band to meet fans in person via local music programs since its debut in 2020. 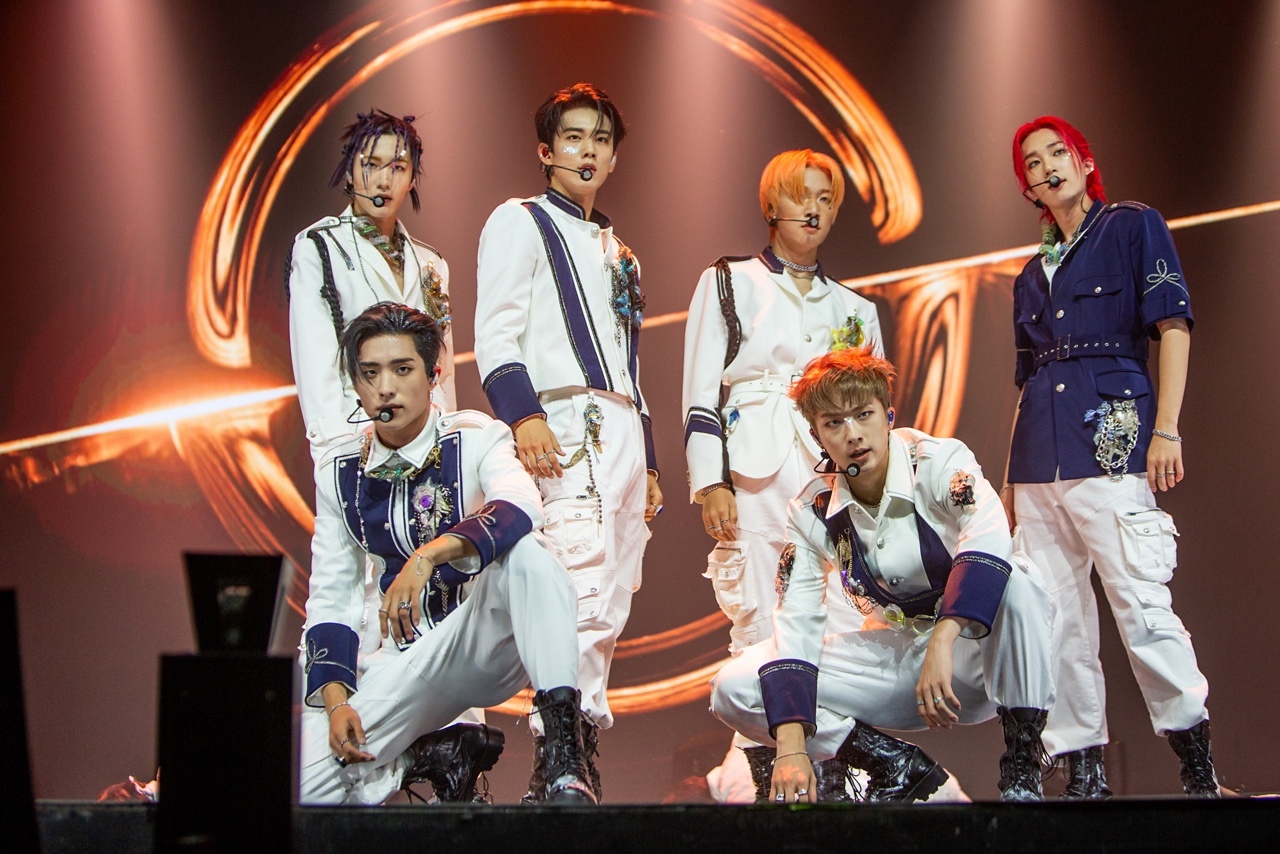 Boy band P1Harmony performs during a press showcase event for its fourth EP “Harmony: Zero In” on Wednesday in Seoul. (FNC Entertainment)
At Wednesday’s event, P1Harmony also expressed its hope to deliver a message of respect for freedom and individuality through “Harmony: Zero In.” The EP is the first part of its new trilogy entitled “Harmony,” which is a follow-up to its previous three-part album series, “Disharmony,” that dropped between October 2020 and January this year.

“After wrapping up the ‘Disharmony’ series, ‘Zero In’ marks a beginning of P1Harmony’s new trilogy that aims to find ways to a new world,” Intak said. “Choreographies for the new songs highlight freedom and our unique style as well.”

The six-track EP’s title song is “Doom Du Doom,” a hip-hop tune with addictive guitar riffs in the beginning. It later adds heavy shuffle rhythms to highlight the band’s unique color and underscores the message of freedom. Members Intak and Jongseob participated in writing the lyrics.

Five other tracks in the album are “Black Hole,” “Yes Man,” “Swagger,” “Mirror Mirror” and “Different Song for Me.” Like the band’s previous albums, members took part in lyric writing and composing.

The six-member act hopes it can come out at the No. 1 spot on music programs with “Harmony: Zero In,” Intak added.