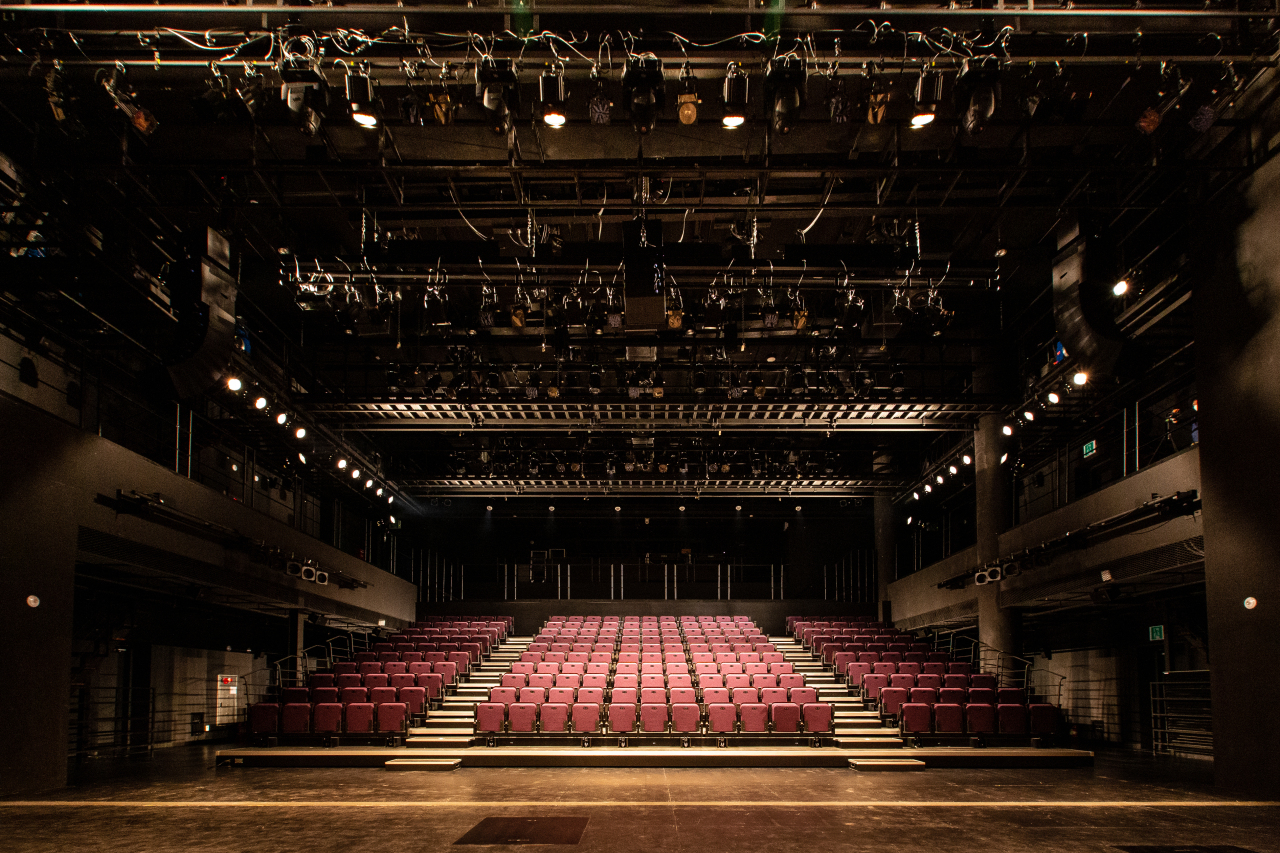 The Quad, a public theater operated by the Seoul Foundation for Arts and Culture, opened in Daehagno on Wednesday, with a goal to revive the local arts scene hit by the prolonged COVID-19 pandemic and gentrification of the theater district.

The Quad is a transformative black box theater that can accommodate as many as 258 seats and offer several types of stage settings, according to the SFAC, a Seoul-city funded nonprofit organization. It sits on the site of the former Dongsoong Art Center, which went through a two-year renovation with a budget of 4.8 billion won ($3.66 million).

The public theater is part of the foundation’s efforts to build a culture belt in Daehagno, which will be completed when the Seoul Theater Center and Seoul Art Space for Disabled Artists open in November, according to the SFAC.

“In addition to Quad, the Seoul Theater Center and Seoul Art Space for Disabled Artists will open this year, and I hope we can revive Daehagno,” SFAC President Lee Chang-ki told reporters on Wednesday.

Daehagno, a neighborhood in Jongno-gu, has been known as a mecca for musicians, actors and other performers for more than 30 years. The area has about 135 small theaters and is home to several art colleges as well as various art supporting centers that suffered a blow when commercialization of the area pushed up real estate prices and rent, forcing out artists and theaters.

“The times change rapidly, and we’re seeing a growing demand for convergence works that cross the boundaries of genres rather than sticking to specific genres. So the Quad offers citizens a place for festivals,” said Kim Bo-ram, the artistic director of Ambiguous Dance Company.

The theater is an inclusive cultural center, its CEO said, allocating 5 percent of ticket proceeds to those in need while offering physical assistance for those who need it.

An opening festival will be held over the next six weeks. Starting Thursday, 12 performances in 11 different genres including classical music, jazz music, theatre, modern dance and Korean folk music are being staged.

There will be four barrier-free performances with audio assistance, subtitles and sign language of a talchum, or traditional Korean masked dance, called “Agamemnon.”