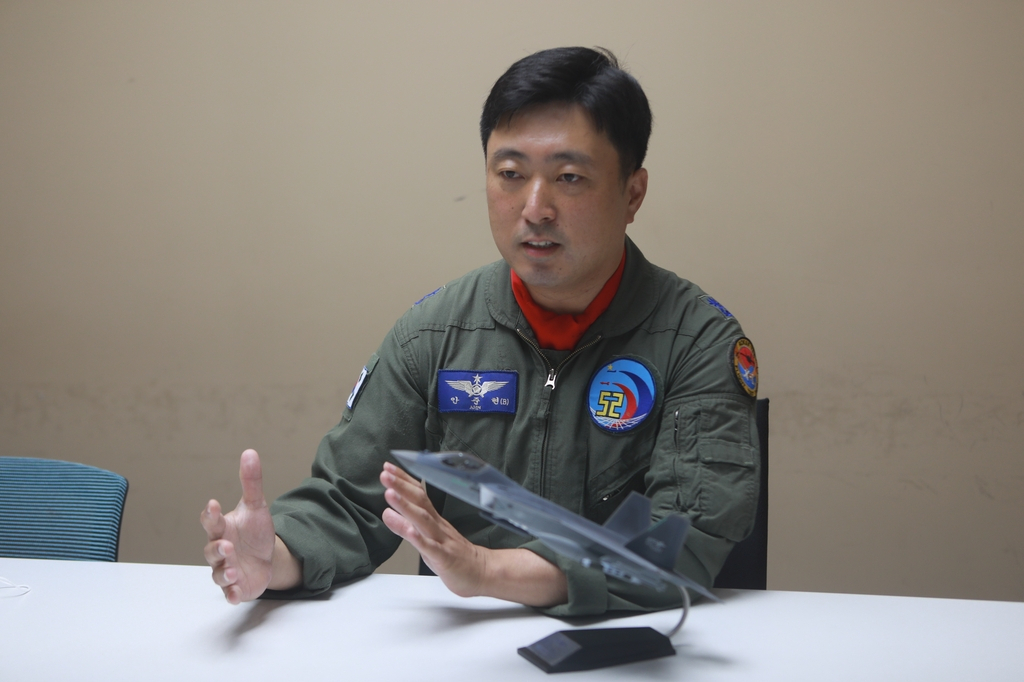 Maj. Ahn Jun-hyun conducted the historic maiden flight of the fighter from the Air Force's 3rd Flying Training Wing in Sacheon, about 300 kilometers south of Seoul, on Tuesday. The event set in motion a key development procedure involving some 2,000 sorties through 2026.

"I did not express it, but I felt great pressure in my heart until right before takeoff," Ahn was quoted by the state Defense Acquisition Program Administration (DAPA) as saying. "But while rising into the skies over Sacheon, I felt comfortable and the flight proceeded smoothly along the preset route."

His remarks reflected the weight he has carried on his shoulders while taking part in the 8.8 trillion-won (US$6.75 billion) development project aimed at replacing its aging fleet of F-4 and F-5 fighters and bolstering overall airpower.

The first flight test drew keen media attention from both home and abroad as it marked a major milestone in South Korea's push to join an elite club of seven countries that have locally developed supersonic fighter jets.

"After landing, I received a great deal of celebrations from many people," he said. "Honor goes out to all the people who have made efforts for the development of the KF-21 and for the flight test."

The pilot added that he would work together with his colleagues to safely compete 2,000 or more sorties "single-mindedly."

The fighter project got under way in earnest in December 2015, when DAPA signed an acquisition contract with Korea Aerospace Industries Ltd. (KAI), the country's sole aircraft maker.

Barring unforeseen mishaps, the country is expected to start producing the first batch of the 4.5-generation fighter in 2026. (Yonhap)