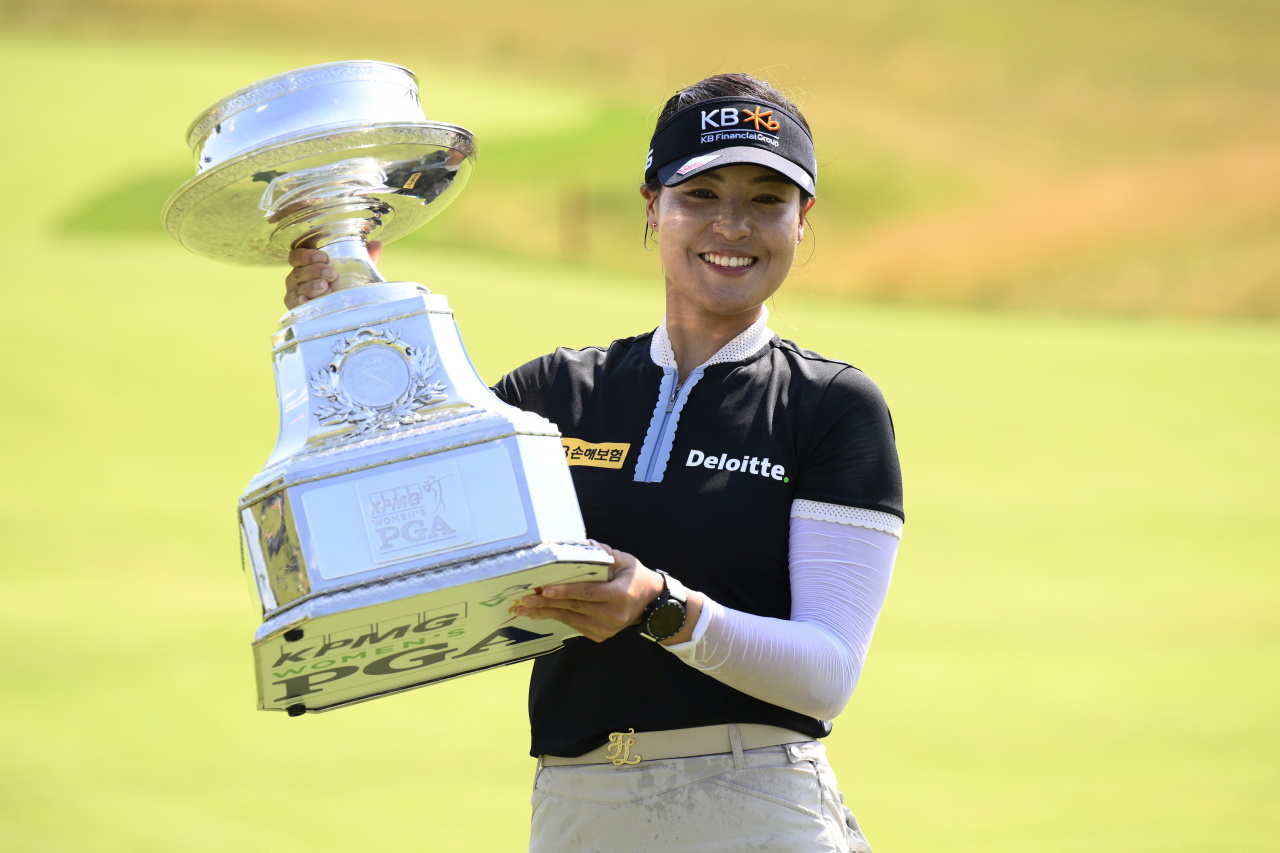 After ending a title drought that had stretched for nearly four years, South Korean LPGA star Chun In-gee will take aim at her second straight major title in France this week.

Chun won the KPMG Women's PGA Championship in June, for her third career major and her fourth title overall. It was also Chun's first LPGA win since October 2018.

Chun, who climbed to world No. 11 after that win, has fond memories of Evian Resort Golf Club. Chun captured the 2016 Evian Championship on the same course at 21-under, which stands as the lowest score ever at a major, men's or women's.

Chun will play the first two rounds this week with the two other major champions from this year: Jennifer Kupcho of the United States, who won the Chevron Championship in April, and Minjee Lee of Australia, the U.S. Women's Open winner in June.

Three of Chun's four LPGA titles have come at major championships. She will try to become the first LPGA player since fellow South Korean Ko Jin-young in 2019 to win two majors in one season.

Ko, world No. 1, went on to win eight more LPGA tournaments following that Evian victory but has not won a major since then.

Chun and Ko are two of four South Korean winners in LPGA this year, alongside Kim Hyo-joo and Ji Eun-hee. Kim won the Evian in 2014 and was the runner-up in 2019.

Hall of Famer Park In-bee won this tournament in 2012 during its pre-major days, when it was called the Evian Masters. If she wins this week, Park will become the first player to have won each of LPGA's five current majors at least once.

South Korean tour star Park Min-ji will play in her first overseas event. At No. 16, she is the highest-ranked player from the Korea LPGA (KLPGA) Tour. This season, Park is leading the Korean circuit in Player of the Year points and money.

Park was also the KLPGA Player of the Year and leading money winner in 2021.

Rookie Choi Hye-jin is trying to chase down Atthaya Thitikul of Thailand in the Rookie of the Year points race. Thitikul is currently leading Choi 840-787. First-year players earn points based on their placements at each tournament, and points are doubled at majors. A victory at the Evian is worth 300 points. (Yonhap)