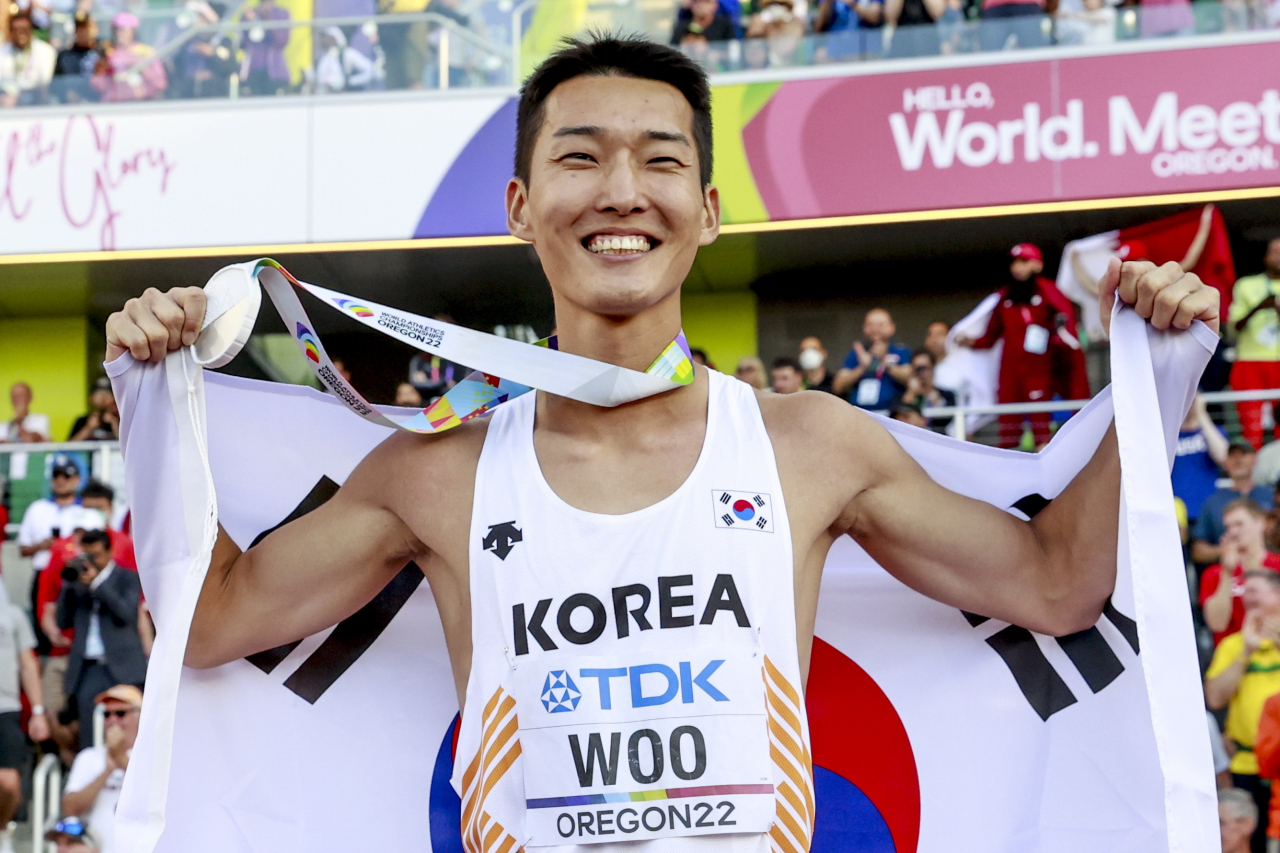 In this EPA photo, Woo Sang-hyeok of South Korea poses with his silver medal after the men's high jump final at the World Athletics Championships at Hayward Field in Eugene, Oregon, on Monday. (EPA)

By matching his own national record at 2.35 meters, Woo finished as the runner-up to Mutaz Essa Barshim of Qatar at the World Athletics Championships at Hayward Field in Eugene, Oregon, on Monday (local time).

Woo, 26, was trying to become the first South Korean to capture an outdoor world title in any track and field event. Woo won the indoor world championship in March this year, also a first for South Korea.

Instead, Woo has joined race walker Kim Hyun-sub as the only two South Korean medalists at the outdoor worlds. Kim finished sixth in the men's 20km race walk in 2011 but moved up to bronze after athletes ahead of him failed doping tests. (Yonhap)