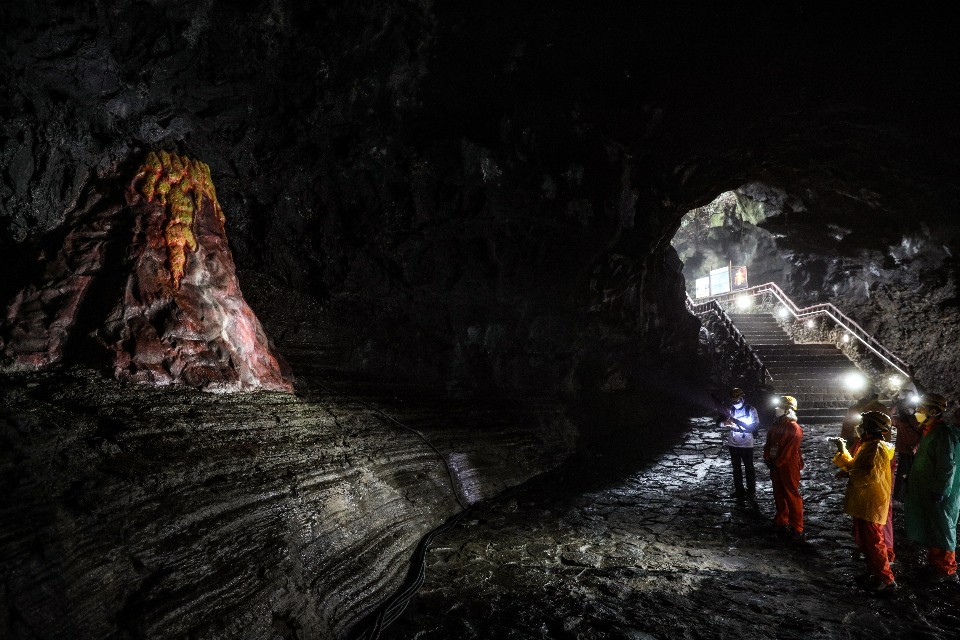 Jointly organized by the Cultural Heritage Administration and the Jeju Special Self-Governing Province, the festival will be held Oct. 1-16 at major World Natural Heritage locations on the island, including the Geomunoreum Lava Tube System in Jeju City and Seongsan Ilchulbong in Seogwipo City.

Part of the festival, the World Natural Heritage Pilgrimage Team and the Manjanggul Expedition Team are now accepting applications from potential participants.

The World Natural Heritage Pilgrimage Team of 30 members will set off on 6-day trail walking and camping journey on Oct. 11. The participants will walk a route that starts at Gwaneumsa Temple Jeju to Seongsan Ilchulbong led by an expedition curator who will host group discussions and team work events. Participation costs 50,000 won per person.

Poster for the 2022 World Heritage Festival in Jeju Island (World Natural Heritage Village Preservation Association)
Meanwhile, the Manjanggul Expedition Team will walk through all courses of the Mangjanggul Cave, including two which that are closed to the public. The 12 participants will be divided into two teams of six and will travel during Oct 1-3 or Oct. 3-5.

Applicants should be 18 or older to participate, and a video interview will follow after the first round of results are announced Aug. 12. Video interviews will be conducted Aug. 16 or 17, for the World Natural Heritage Pilgrimage Team and Aug. 18 for the Manjanggul Expedition Team.

Deadline for application is Aug. 7. Applications are accepted through the festival’s website, worldheritage.kr.

Final results will be announced Aug. 19.