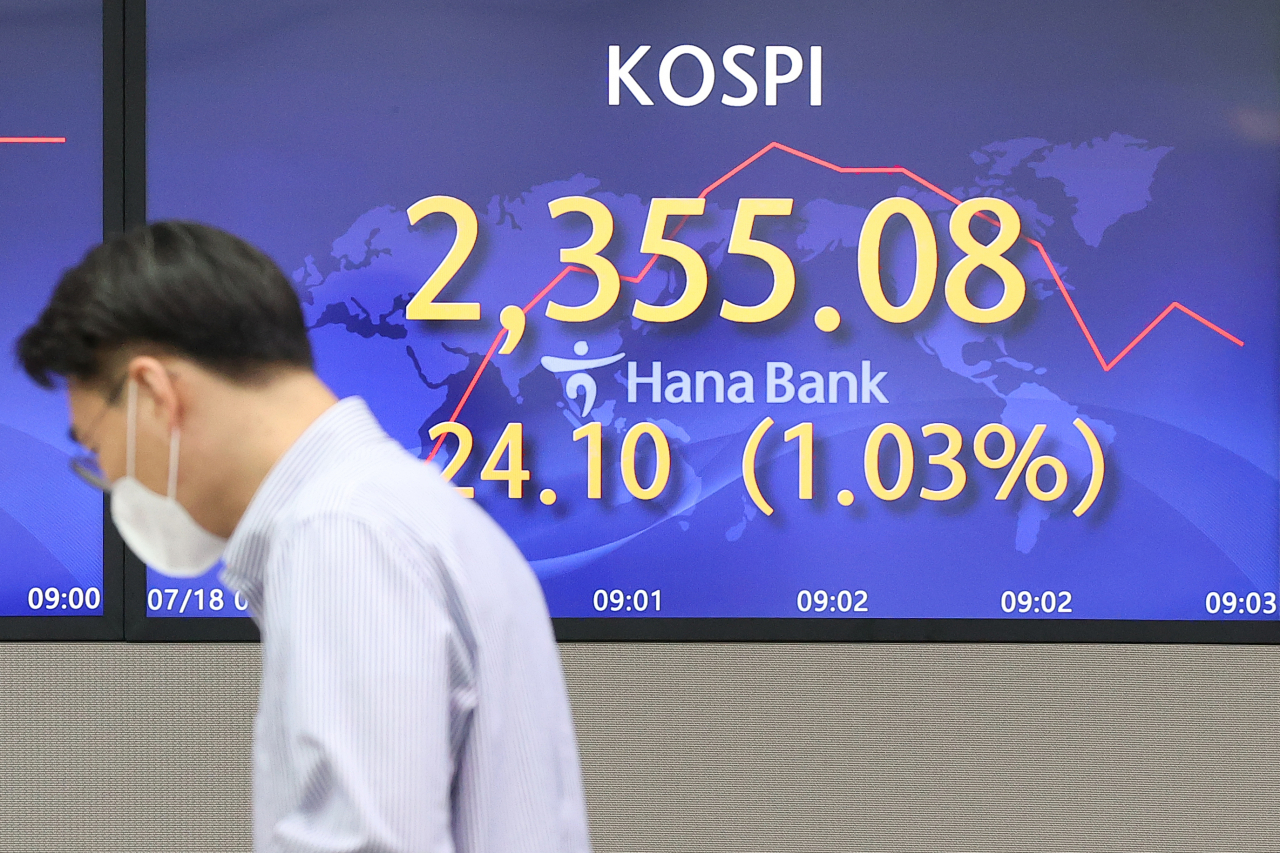 South Korean stocks soared nearly 2 percent higher Monday, as the US Federal Reserve will unlikely deliver a full-percentage point interest rate hike amid deepening concerns over an economic slowdown. The Korean won gained ground against the US dollar.

"Recent US data on retail purchases and inflation expectations were not bad, and concerns over sharper-than-expected rate hikes have eased. Strong gains on Wall Street on Friday, as well as the rise in futures, set a positive tone for the local market," Seo Sang-young, an analyst at Mirae Asset Securities Co., said.

Some had forecast that the Fed could raise the key rate by a 1 percentage point to curb high-flying inflation at next week's session, but Fed officials indicated that it would stick to a 75-basis-point rate hike.

US consumers' inflation expectations eased in July on the back of a drop in oil prices, though its consumer price index jumped 9.1 percent on-year in June, the highest in 41 years.

"The market is likely to remain volatile for some time on lingering fears over high inflation and a recession," Seo added.

In Seoul, most big-cap shares ended higher, with major tech and auto shares leading the upturn.