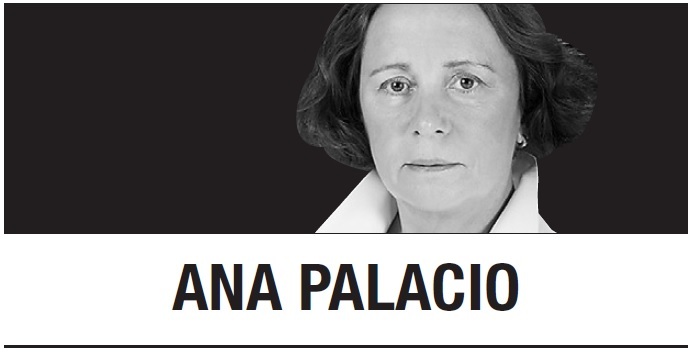 Is the West losing Latin America? During the Cold War, this question was feverishly discussed in Washington, and beyond. Now, the return of great-power competition and the potential revival of spheres of influence -- together with the recent wave of left-wing electoral victories in the region -- are giving it renewed salience.

For the West, the looming specter of hot conflict with authoritarian regimes, from Russia to China, has again highlighted Latin America’s importance as a partner. At the same time, however, the United States and its allies are preoccupied by the war in Ukraine, including, not least, its implications for energy markets and economic prosperity.

Political upheaval in Latin America will make effective engagement all the more difficult. Though the region has long been plagued by corruption, inequality, and crises of confidence, it made significant progress in recent years, with poverty reduction buttressing political stability.

But the pandemic disrupted this process and ushered in a period of economic malaise and political instability. Latin America’s traditional political party systems have now collapsed, and the region appears to be firmly gripped by populism and polarization.

Five of the six most populous South American countries are now led by leftist governments, albeit cut from a very different cloth than the Cuban or Venezuelan regimes. Peru’s leader, Pedro Castillo, is a self-professed Marxist. In Chile -- once the bastion of free-market policies in the region -- the left-wing activist Gabriel Boric is in charge. Colombia, long considered a bellwether for Latin American politics, recently elected the former guerilla Gustavo Petro as its president. And Brazil, the region’s most populous country and its largest economy, could well join their ranks when it holds its next presidential election in October.

In the meantime, evidence of the West’s declining influence in Latin America continues to mount. At the United Nations General Assembly last February, five Latin American countries declined to condemn Russia’s invasion of Ukraine. And many Latin American governments have refused to join the West in imposing sanctions on Russia.

Moreover, several Latin American leaders vowed to boycott last month’s Summit of the Americas if their Cuban, Venezuelan, and Nicaraguan counterparts were excluded. A failed summit was a distinct possibility.

The meeting was ultimately salvaged. But the outcome -- a pro forma declaration on migration and a somewhat toothless Americas Partnership for Economic Prosperity -- was hardly impressive.

This reflects Western failures as much as Latin American political developments. Though Biden has not maintained the hostility toward Latin America of his predecessor, Donald Trump, his administration has failed to deliver an effective policy of regional engagement. Latin American countries are frustrated with Biden’s apparent indifference to them, and his willingness to let domestic considerations drive policy.

Europe has not done any better. Since agreeing “in principle” to a free-trade deal with the Mercosur countries -- a deal that has yet to be ratified -- the European Union’s approach to Latin America has been lackluster. It failed to pursue effective pandemic diplomacy, and now its attention is consumed by the war in Ukraine, including the imperatives of bolstering its security and weaning itself off Russian energy.

Meanwhile, China continues to expand its Latin American footprint. From 2002 to 2021, China’s total trade with the region skyrocketed, from $18 billion to nearly $449 billion. At this rate, it will exceed $700 billion by 2035. These gains have been propelled partly by free-trade agreements with Chile, Costa Rica, and Peru. China is also working toward a deal with Ecuador, and has engaged 21 Latin American countries in its Belt and Road Initiative.

China has achieved this success by offering all the perks of trade and investment, with none of the conditions. As one commentator put it, America has a Vatican-style approach to Latin America, with lots of rules and conditions laid out up front, whereas China offers the easy welcome of Mormon missionaries. This does not mean that China makes no demands, but they do not come until later, often in the form of hidden clauses. By the time they come to light, China has a solid foothold in the region -- one that includes a growing military presence.

The West cannot afford to lose Latin America today any more than it could during the Cold War. A key producer of fuel and food, the region can fill important supply-chain gaps. More fundamentally, revitalizing the rules-based international order will require the West to achieve a kind of critical mass with partners and allies -- including Latin America.

That is why the West must work urgently to rebuild its lost credibility in Latin America. This will require time, commitment, and diplomatic heft. As a first step, the US and Europe should seek to build cooperation in areas of mutual interest, such as climate change, public health, and migration. Spain’s upcoming EU Council presidency provides an important opportunity to kick-start progress.

Reviving relations with Latin America will not be easy in the polarized political climate prevailing in much of the West. But when the stakes are as high as they are today, we cannot afford to keep our heads buried in the sand.