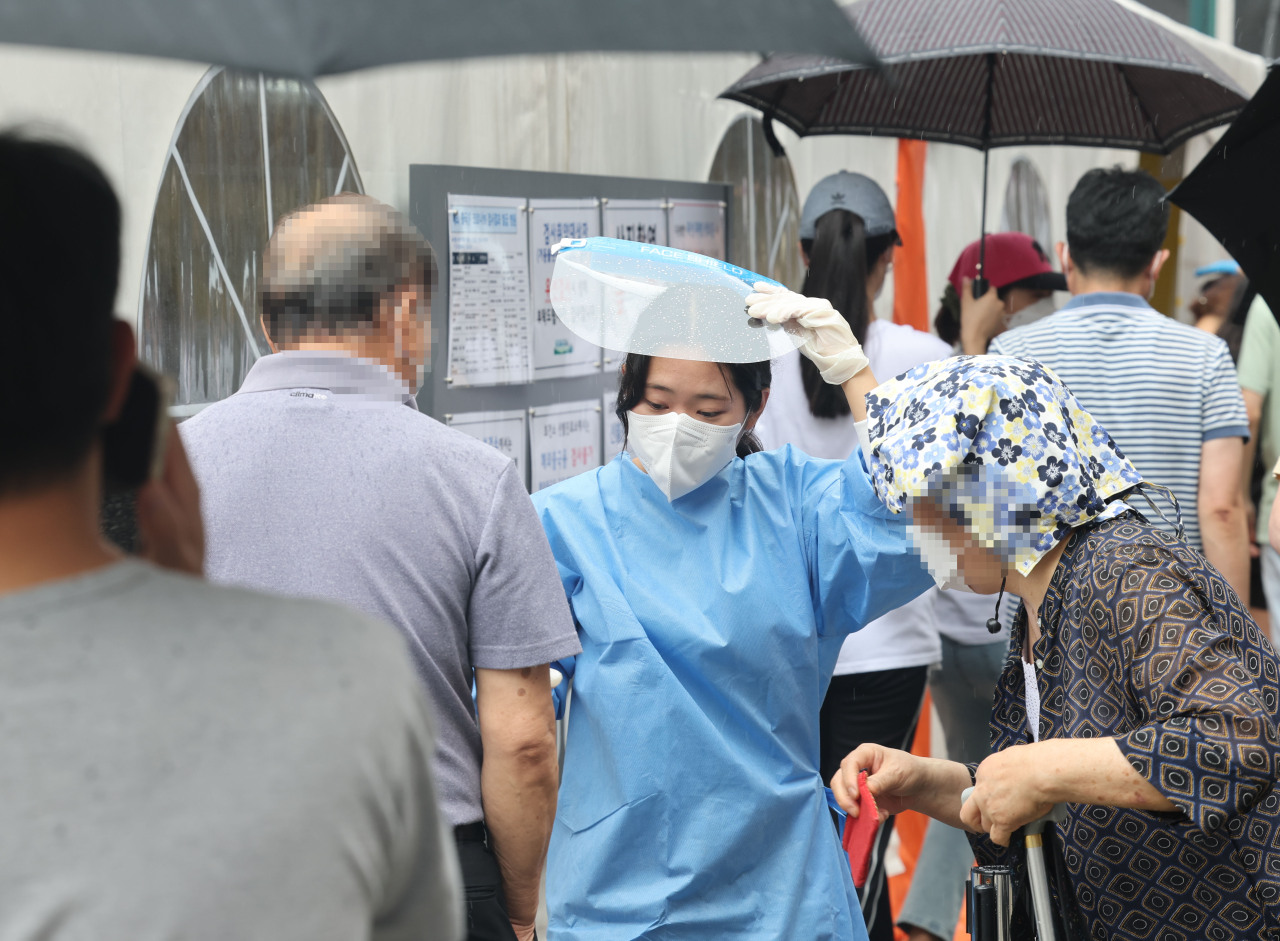 Health experts anticipated that daily infections could increase more than the government has projected, given the current pace of the spread. The introduction of a newer strain of omicron, BA.2.75, also known as ”centaurus,“poses another threat.

According to the Korea Disease Control and Prevention Agency data released Sunday, the country’s daily COVID-19 cases during the 24 hours of Saturday came to 40,342.

The figure was slightly down from a day earlier, when the country reported a 66-day high of 41,310, but was still almost double the previous Saturday’s 20,410. Case numbers typically fall on weekends, as fewer tests are carried out.

The country’s daily COVID-19 infections have been increasing fast, fueled by the spread of BA.5, a new omicron subvariant. The daily count first surpassed 10,000 late last month. The number of daily infections went up to 20,286 on July 8 and 40,266 on Tuesday last week. The figure hit 39,196 and 38,882 on Wednesday and Thursday, respectively.

According to the National Institute for Mathematical Sciences’ report on Thursday, the country’s daily infections could exceed 81,000 on Wednesday next week. The report added that the figure could come to nearly 290,000 by Aug. 10, if the reproduction rate increases by 30 percent from the 1.42 recorded on Wednesday last week.

Previously, the government anticipated that the current omicron wave would peak at between 150,000 and 200,000 a day in September.

BA.2.75, another strain of omicron regarded as more contagious than BA.5, could exacerbate the upsurge. The first confirmed case of the BA.2.75 here was reported Friday.

Chon Eun-mi, a professor of respiratory medicine at Ewha Womans University Mok-dong Hospital, said the pandemic will continue for a while. The professor expected BA.5 would drive the spread in South Korea during August. BA.2.75 could become the dominant strain in September and October, during which another strain can appear, she anticipated.

Jung Ki-suck, a COVID-19 expert and head of the Yoon Suk-yeol administration’s new expert committee for infectious disease, also said the government cannot rule out the possibility that the country’s daily cases could surpass the all-time high of 620,000 posted in mid-March.

Meanwhile, the government, from Monday onward, was expected to expand booster shots to adults 50 and over to prevent severe cases and deaths from the virus.