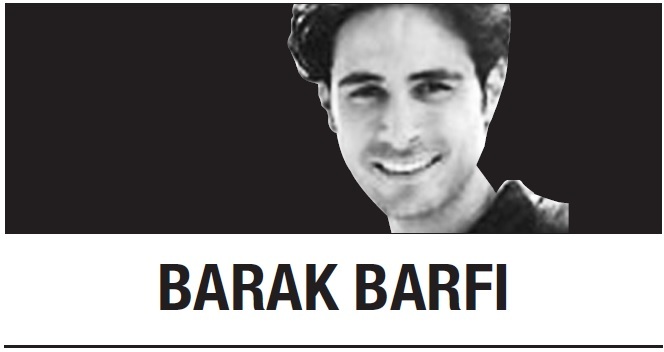 US President Joe Biden’s visit to Saudi Arabia is proving to be more than a little controversial. After taking a tough, supposedly principled stand against the kingdom at the beginning of his administration, Biden is now set to adopt a more conciliatory approach. This about-face has riled critics, but there are good reasons to welcome the shift.

But soaring energy prices and skyrocketing inflation have changed Biden’s calculations. Now, his administration is desperate for Saudi Arabia and the United Arab Emirates to increase their oil output. And that means bringing MBS in from the cold.

Yet, this does not amount to a destabilizing display of American weakness. On the contrary, Biden is, at long last, embracing a time-tested US policy. When it comes to the Middle East, American acceptance of the status quo has virtually always proved to be the more stable -- and desirable -- option. While muscular or activist US policies have sometimes produced flashes of awe, they quickly degenerate into disdain, instability, and humiliation.

Consider President Dwight D. Eisenhower’s experience in the 1950s. The United States’ star had been rising in the region since World War II’s end. To solidify the country’s position in the region, Eisenhower demanded that Britain, France and Israel withdraw from Egyptian territory after the 1956 Suez Crisis. Just two years later, however, whatever goodwill Eisenhower had generated was quickly destroyed, after the US military intervened in Lebanon to stabilize its fragile government.

Ronald Reagan fell victim to the same destructive pattern. He initially sought to project power in the Middle East, dispatching troops to Lebanon in 1983 to tame a civil war. But after two lethal bombings left 258 Americans dead, Reagan abruptly withdrew US forces. Regional actors were not impressed. How could this supposedly mighty superpower be unable to resolve a conflict in a country smaller than Connecticut with fewer inhabitants than Kansas?

In the 1990s and 2000s, Iraq became the leading catalyst of Middle Eastern turmoil. When Iraqi President Saddam Hussein’s forces invaded Kuwait in 1990, George H.W. Bush launched a 38-day air assault followed by a 100-hour ground war. The Iraqi military was crushed. Kuwait was free. And the US had regained the fear and admiration of regional actors.

But this reverence was short-lived. When Hussein did not cede power, as the US had desired, the US adopted a policy of containing and isolating Iraq. America’s regional allies, such as the UAE, opposed this policy, clamoring instead for Hussein’s reintegration into the Arab order. A rift formed.

The same cycle played out in the 2000s. A swift American invasion -- ordered by another Bush, George W. -- toppled Hussein, leaving adversaries awestruck. This time, Libya’s Moammar Gadhafi relinquished his weapons of mass destruction, embraced the campaign against Islamic extremism, and accepted US regional hegemony.

Yet again, however, America’s fall from grace was swift. An Iraqi insurgency bogged down the US military. American diplomats could neither reconcile inveterate enmities nor resolve internecine conflicts. An Iranian satellite sprouted where the US had attempted to plant the seeds of democracy.

American power was again in decline. Even stalwart allies defied the US, with Egyptian leader Hosni Mubarak, for example, refusing to visit the US for six years. Syria sought to destabilize US-backed governments in Iraq, Lebanon, and the Palestinian territories.

Amid such gyrations, the US has sought stability above all. This has meant maintaining good relations with authoritarian governments that deprive their people of basic rights.

Today, the Saudis and Emiratis are none too happy with America’s Iran policy -- in particular, its timid response to attacks on their territories by Iran’s Yemeni proxy. But, just as Biden has little choice but to mollify them, they have little choice but to accept American regional hegemony. China and Russia, which buck international sanctions against Iran, will not protect these fragile petrostates against the mullahs.

Egypt, meanwhile, has drifted toward the Russian orbit. But if it is to have any hope of keeping up in the arms race with Israel, there is no substitute for American weapons. In any case, the Egyptian military’s officer corps has bitter memories of their predecessors’ treatment by the Soviet advisers deployed after the 1967 war. “They are brusque, harsh, frequently arrogant,” one Egyptian general wrote.

Likewise, China cannot resolve Egypt’s water dispute with Ethiopia, despite being Ethiopia’s largest investor and creditor. Only America -- with its long history of conflict resolution, record of meeting its obligations, and seemingly bottomless coffers -- can accomplish that.

In 2018, following Khashoggi’s murder, I argued that despite the desire to hold the Saudis to the standards expected of other close US allies, common interests and mutual dependence would almost certainly prevail. Biden’s visit to Saudi Arabia shows that he has now reached the same conclusion.


Barak Barfi
Barak Barfi is a former research fellow at New America and a former visiting fellow at the Brookings Institution. -- Ed.