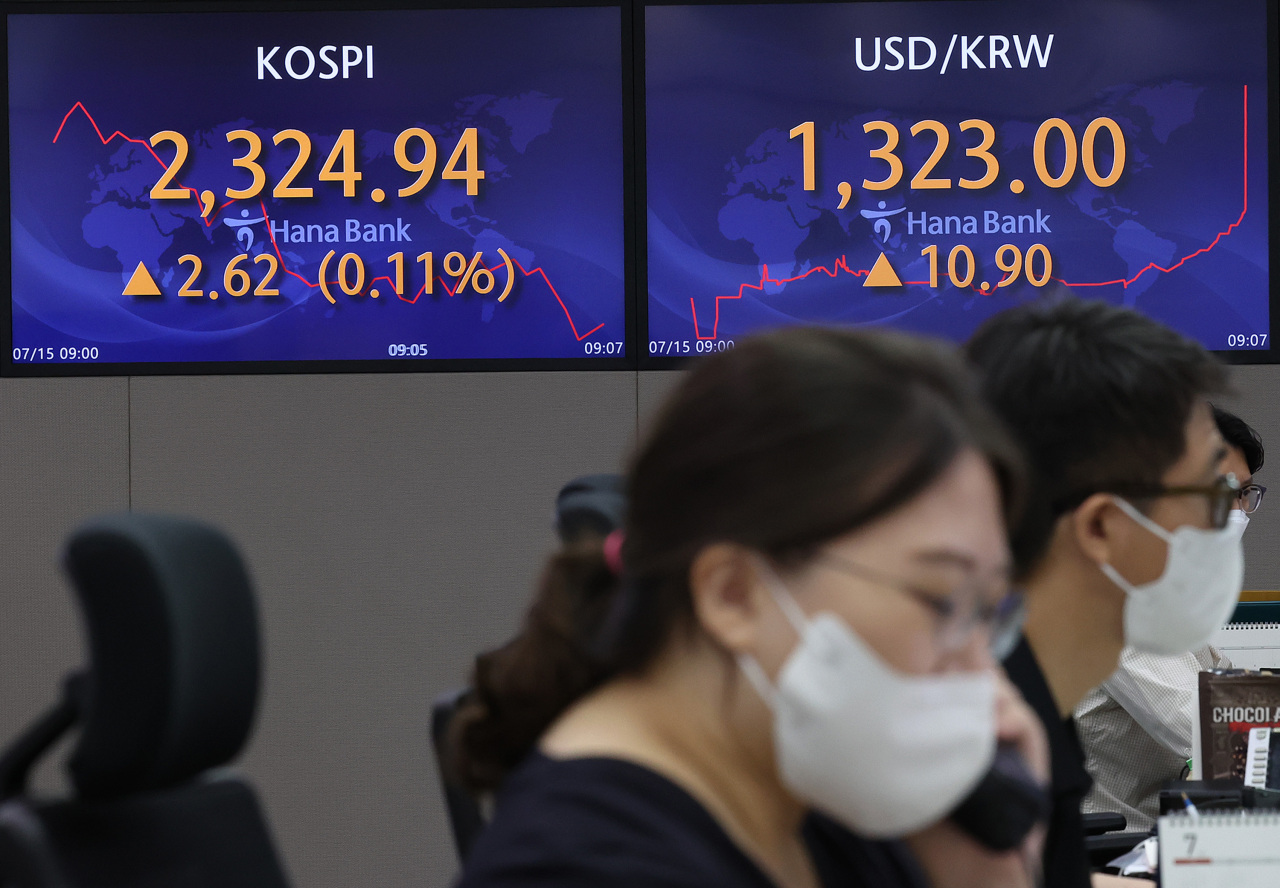 Electronic board at Hana Bank's dealing room in Seoul shows the won-dollar currency exchange rate on Friday. (Yonhap)
The South Korean currency fell below the 1,320-won mark against the US dollar for the first time in more than 13 years during morning trading on Friday, with analysts warning that the won could lose further value.

The won’s plummeting value came with the weakening of the euro and the Chinese yuan against the strong dollar trend stemming from the US Federal Reserve’s aggressive rate hikes and monetary tightening to rein in high inflation.

“The weakening of major currencies such as the euro and the Chinese yuan has been pushing traders to go long on the US dollar, resulting in a breach of 1,320 won-mark for the Korean won,” Woori Bank economist Min Kyung-won said.

Analysts are projecting the won will hit the 1,350 won-mark in the foreseeable future, with US inflation showing no signs of nudging down at the moment.

“The pace of won’s fall against the dollar has been so sharp that we might see it breach the 1,350 won-mark earlier than expected,” Baek Seok-hyun, an analyst at Shinhan Bank, said.

Another analyst echoed Baek, saying that there are no barriers at the moment that could stop falling won value.

“The US inflation is gaining at a sharper pace than expected and the weakening of the euro has been pushing the won to decline further,” Park Sang-hyun, economist at HI Investment & Securities said.

“Foreigners are offloading Korean equities and the trade balance went into the red, resulting in a weakening won. There is no turning point for the won to gain back strength for now and for the short term it may even fall to 1,350 won.”

Korea‘s trade deficit hit a record $10.3 billion in the first half of the year, government data showed early this month, due to the sharp increase in energy imports and rising commodity prices.

But Baek and Park both denied the won is heading toward a “crisis” saying that there are no signs of a possible dollar liquidity crunch. They also said that the US inflation is likely to be tamed after September, which will eventually lead to the won gaining back its foothold.