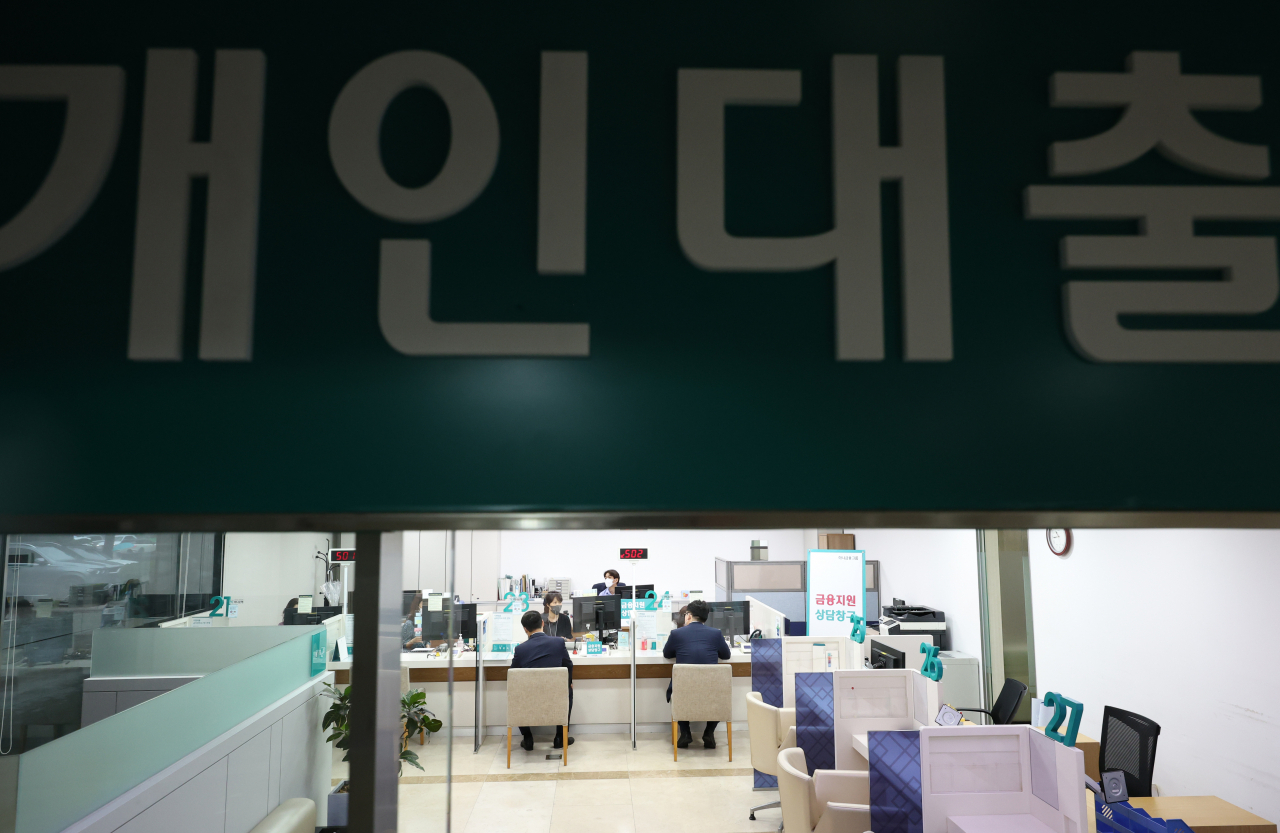 This file photo taken on Wednesday, shows bank officials providing consultations on loan programs with customers at a lender in Seoul. (Yonhap)

South Korea said Friday it aims to provide policy financing worth 68.3 trillion won ($51.4 billion) this year to small merchants and other vulnerable people in a bid to help ease the burden of rising borrowing costs.

The move is a follow-up to the 125 trillion-won measure that was unveiled Thursday to support people troubled by high inflation and hikes in interest rates amid the central bank's monetary tightening.

The government plans to offer policy financing worth 43 trillion won to small merchants hit hard by the pandemic, according to the finance ministry.

To this end, the country plans to ease the burden of interest payment and restructuring debt.

The remainder of 25.3 trillion won will be spent for youths and people in low income households.

High inflation and rising interest rates have raised concerns that they could weigh on the economy as they could deepen financial burdens on many indebted people and dampen consumption. (Yonhap)