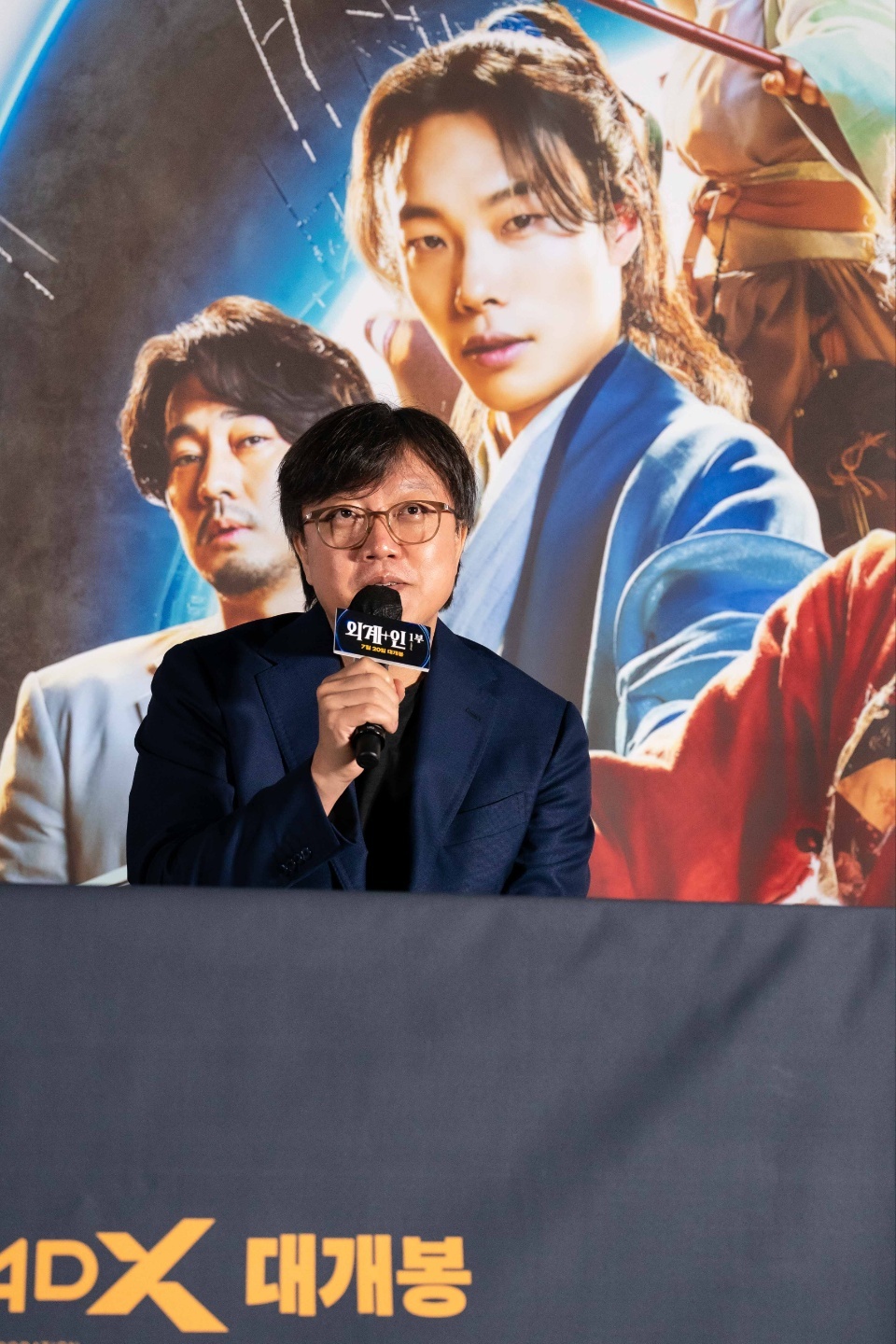 Director Choi Dong-hoon speaks at a press conference at CGV Yongsan in central Seoul on Wednesday. (CJ ENM)
From a boomerang-shaped spaceship, an exoskeleton powered by a fictional source and a time-traveling vehicle to a dynamic gun fight and fan-wielding magician from the Goryeo period (918-1391), director Choi Dong-hoon’s latest sci-fi-action film “Alienoid” has many elements that connect past, present and future.

“I wanted to make a movie as fun as Marvel‘s ’The Avengers,‘ but with a Korean twist. I really wanted the audience to enjoy ’Alienoid‘ to their fullest,” Choi, who is widely known for “The War Of Flower” (2006) and “The Thieves” (2012), said at a press conference at CGV Yongsan in central Seoul on Wednesday.

“When I was a kid, I loved to go to the cinema. I liked the moment when the lights slowly went out, and the screen came on. I wanted audiences to feel the same excitement that I felt. That may be one of the reasons why ’Alienoid‘ is a movie for families,” the director added. “Alienoid” is rated PG 12.

The 142-minute action fantasy features characters traveling back in time to the late Goryeo Dynasty after encountering a spaceship. The story features a “dosa,” meaning Taoist wizard, and a “sinseon,” which means hermit. As well as having science fiction elements, this movie also contains references to traditional Korean folktales. 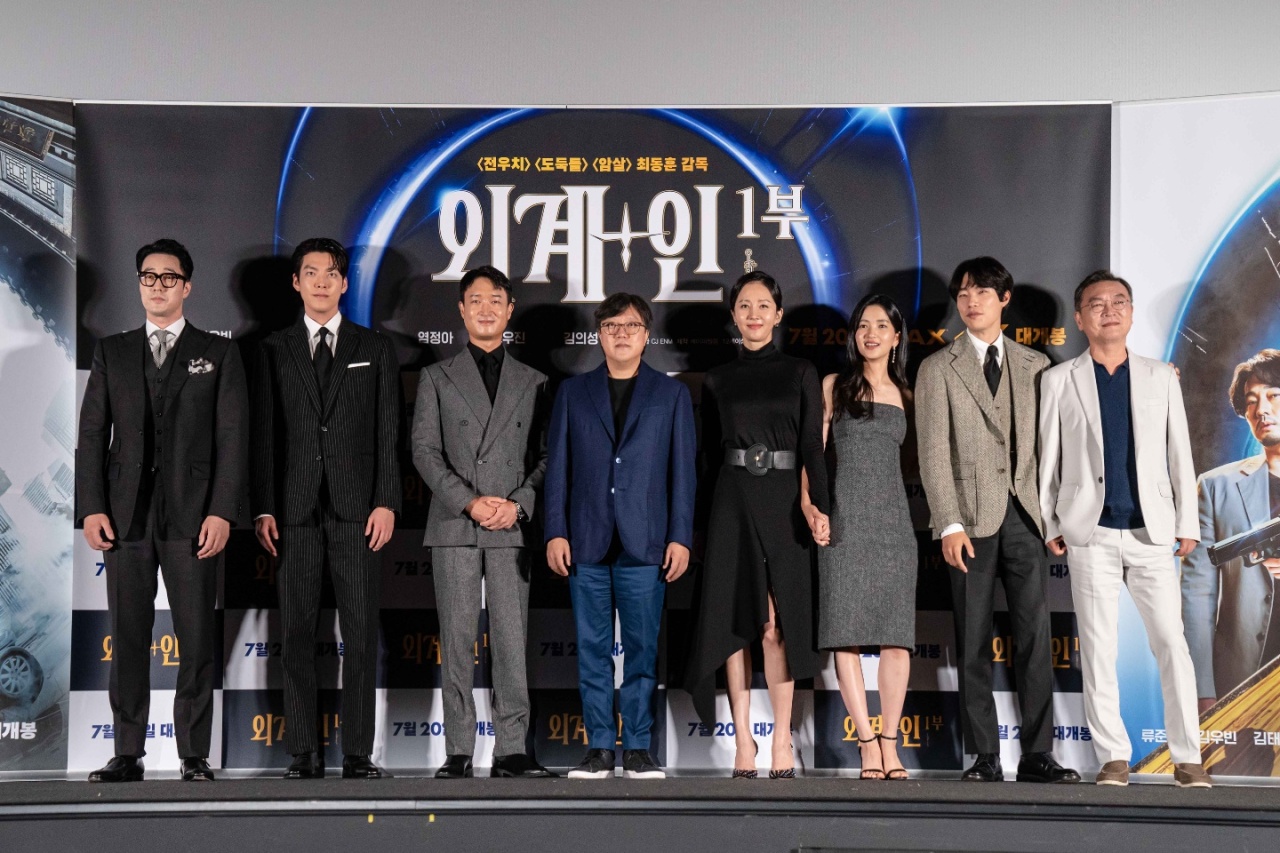 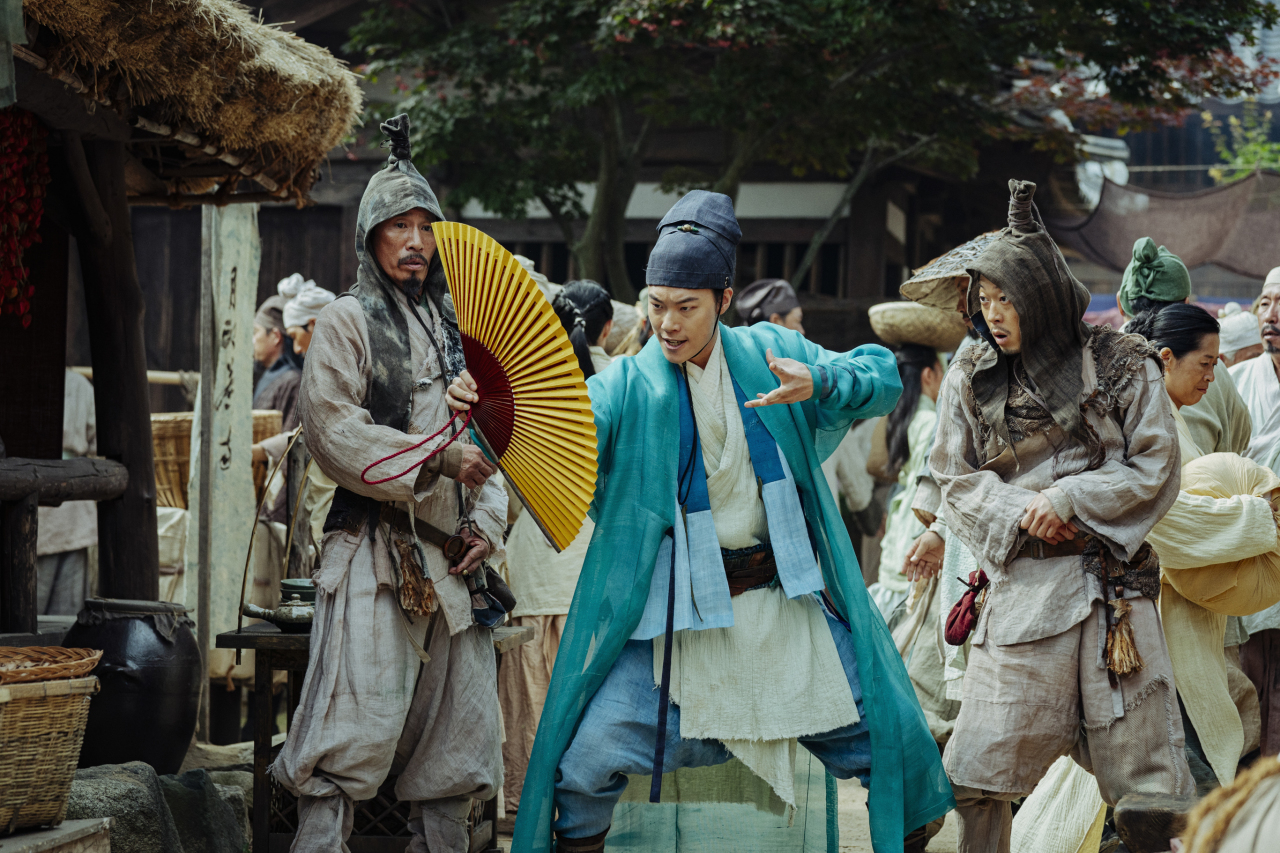 “Alienoid” (CJ ENM)
Though “Alienoid” is not Choi’s first movie to combine science fiction with Korean folklore, the director found writing a story that moves through space and time challenging.

“The script alone took two and a half years. Some of the lines were changed 50 or 60 times,” the creator said.

Choi has faced pushback for his attempts to fuse science fiction with folklore, with some arguing that it could be difficult for movies like that to succeed in the Korean market.

“When I get feedback like that, I become a little rebellious,” the director said. Choi added that creators should not limit their imagination or try to second-guess their audience, who want to watch all kinds of films.

Emphasizing that such combinations of genres may benefit the Korean film industry, the 51-year-old director said he wants to tackle other challenges and continue exploring Korean folklore on the big screen.

“Acting with an imaginary opponent was new to me. I discussed my movements a lot with the director and the staff. All those who worked on ‘Alienoid’ helped me to create exciting scenes. The dynamic action was not created by one person alone,” Kim Woo-bin said, expressing how pleased he was with the finished version.

“Alienoid” is the first of a two-part series and is scheduled to hit local theaters on July 20.