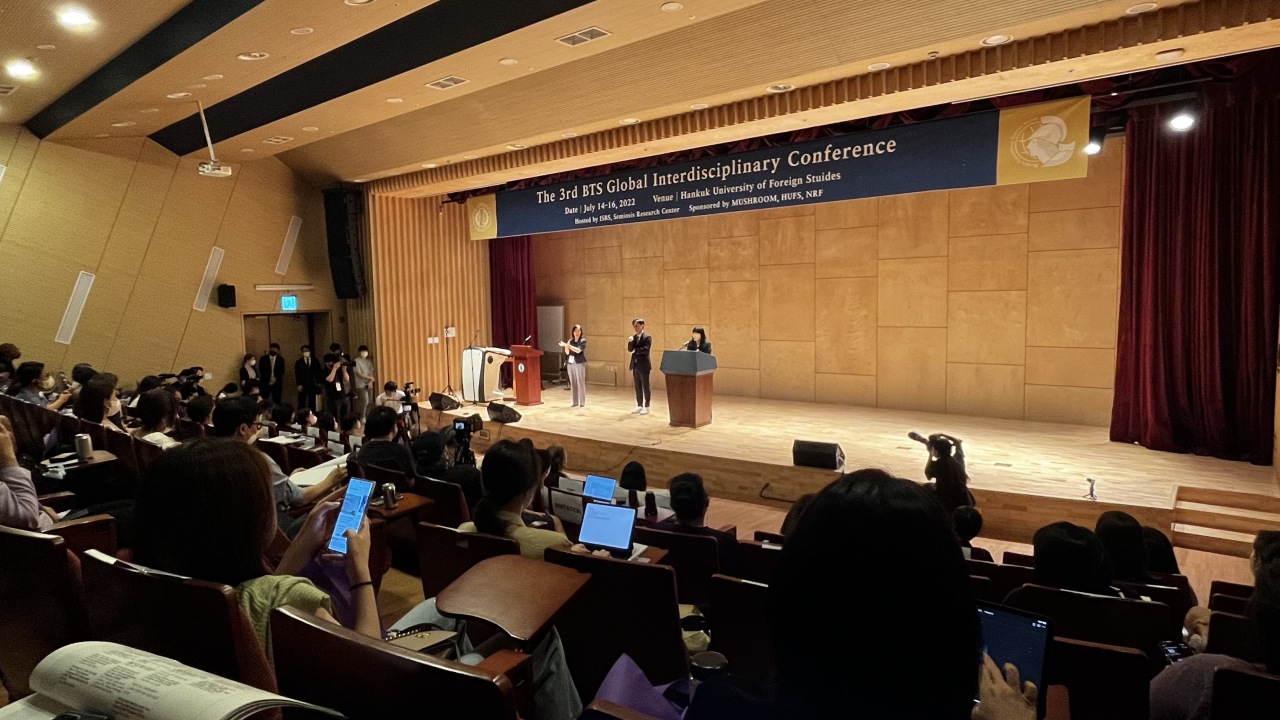 This year’s event was held under the theme of “The Post-Pandemic Era, Welcome to the New Humanity” at Hankuk University of Foreign Studies in Seoul, inviting scholars, experts and BTS fans in and out of Korea.

The first conference was held at Kingston University in London, England, in January 2020, and California State University Northridge hosted the second edition online due to the pandemic.

The three-day event ends on Saturday and is co-hosted by the International Society for BTS Studies and the SEMIOSIS Research Center at HUFS.

“Korean culture is enjoying enormous success all around the world. Korean films have received international acclaim, Korean dramas are dominating streaming platforms and K-pop has a cultural impact all around the globe,” Dr. Park Jeong-woon, head of Hankuk University of Foreign Studies, said as part of his welcoming remarks.

“In particular, BTS has been called the most popular band in the world, and the phenomenon can’t be discussed without the works of Armys,” Park said, referring to the group’s fans.

“I hope this conference will be able to open a place to discuss and research in-depth about BTS and K-culture as it’s held in Seoul, the home of BTS,” he added.

The event was followed by a keynote speech by Lee Ji-young, a research professor at HUFS, a focus session held by three Armys -- An Jung-sun, Mariana Faciroli and Jessica Dewhurst -- and a pre-recorded special interview with Brazilian best-selling author Paulo Coelho.

Lee emphasized the search for a new humanity in the post-pandemic era and highlighted how BTS and its fans have been doing so in their own ways.

“For example, when BTS and its company donated to Black Lives Matter, Armys around the world banded together to raise money. Racism, women’s rights and environmental issues were prevalent even before the pandemic, and Armys have been standing against these issues.”

“Armys united together, showing solidarity. Like how BTS brought diversity into one, it’s crucial to know the value and importance of ‘togetherness’ in the post-pandemic (era),” Lee said.

Lee’s speech was followed by a special interview with Paulo Coelho, the author of the international bestselling novel “The Alchemist.” 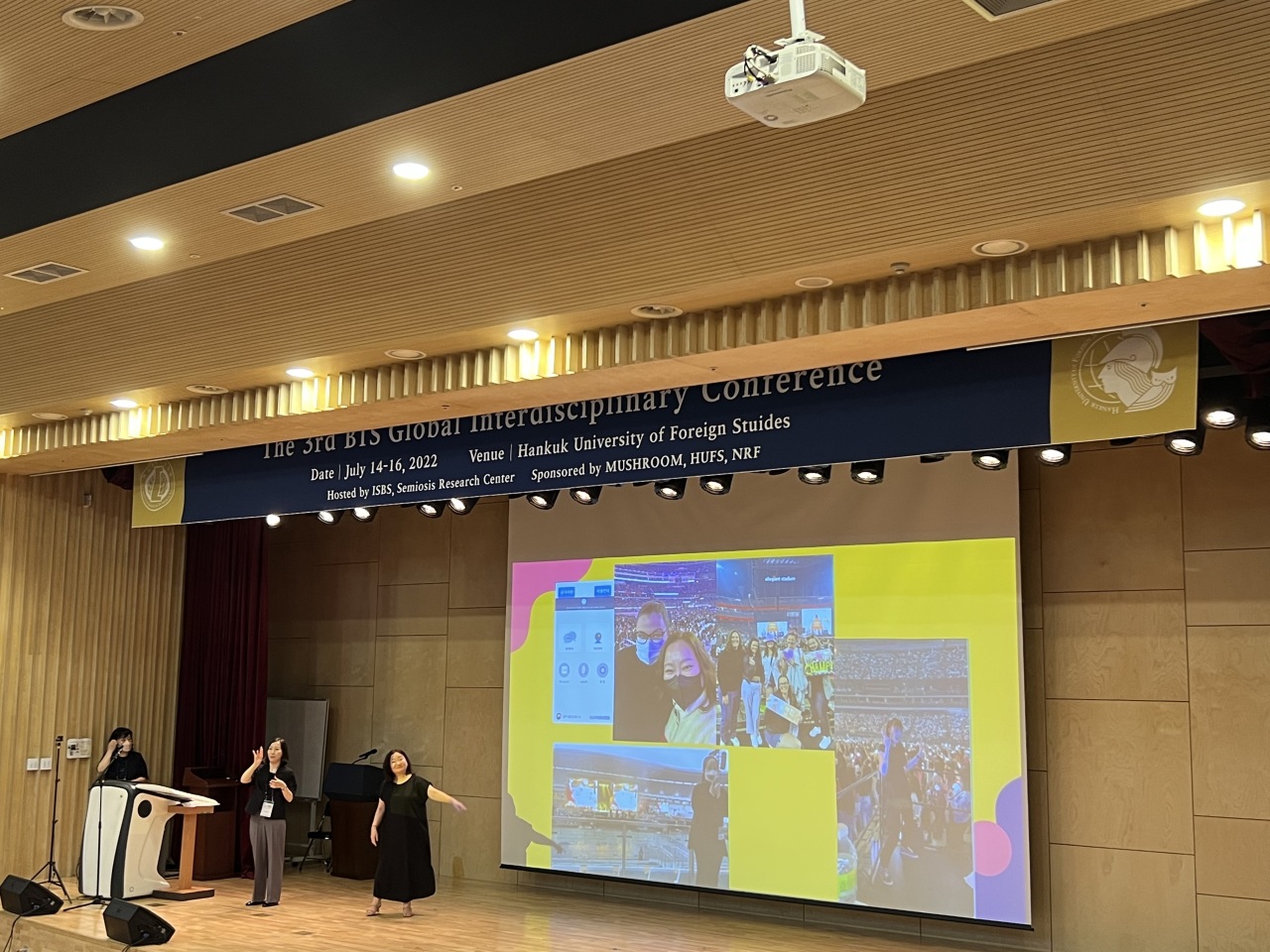 The third edition of the BTS Global Interdisciplinary Conference was held on Thursday at Hankuk University of Foreign Studies. (Park Jun-hee/The Korea Herald)
During the session, he talked about how the band’s phrase “Speak Yourself” paved the way for Brazilian fans to encourage people to vote there.

“Armys do not shy away from commitments because life is about commitment and has a lot to do with everything,” Coelho said.

He also talked about the connection between BTS and two of his novels -- “Hippie” and “The Alchemist.”

“Like the book’s messages, BTS dances and expresses themselves with their bodies, and I think there’s a correlation with the sacred. When you hear their music and how they dance, they drive the evil away.”

The event also featured discussions on BTS and the Korean soft power, BTS and the historical context of K-pop in Japan and the effect of BTS on the well-being of Army with fans and experts.

Among those who gave talks were: Deepa Prakash, Jayson Chun, Nur Lina Anuar and Rina Dakanay.

Also, on the sidelines of the conference, a special exhibition titled “Beyond the Scene” opened its doors to visitors on July 1 and will be held until July 30 at the Total Museum of Contemporary Art in Jongno-gu, Seoul.