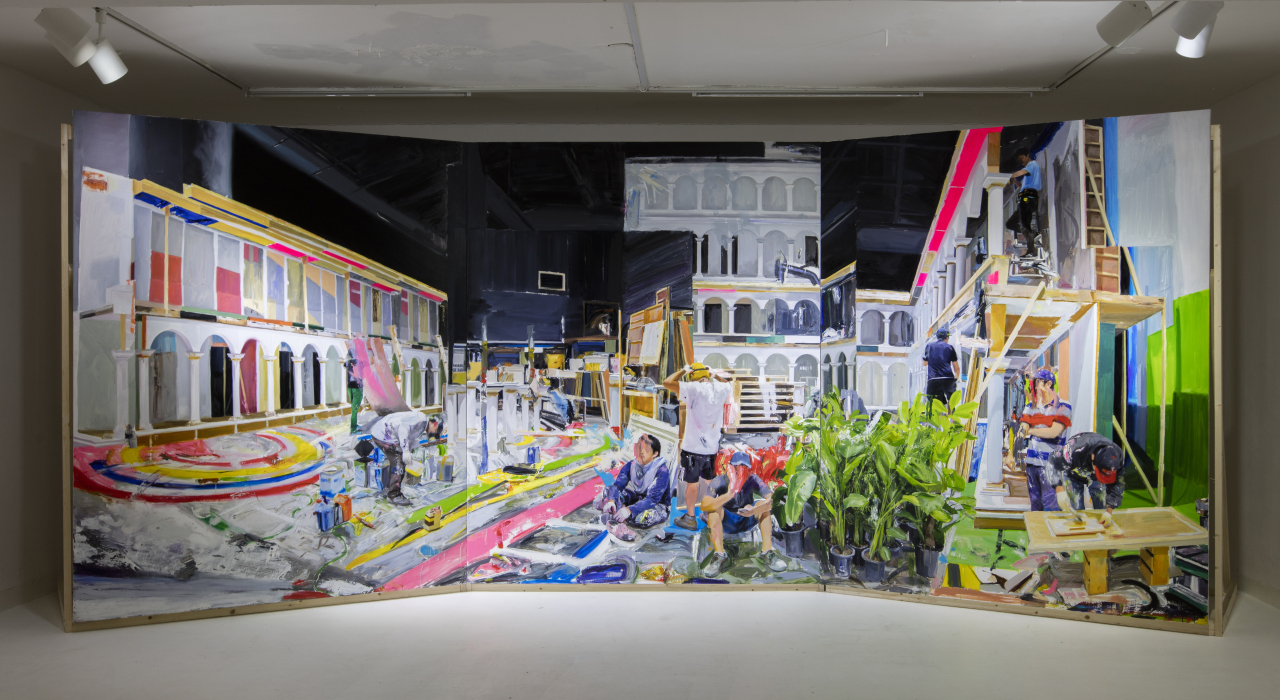 The special exhibition, titled “Beyond the Scene” is being held to coincide with the third BTS Global Interdisciplinary Conference, which is set to kick off on Thursday, bringing the septet’s songs and messages to life.

The exhibition’s title comes from the K-pop act’s English initials and the idea of using art to “see beyond what you can see.”

This year’s conference is co-hosted by the International Society for BTS Studies and the Semiosis Research Center at the Hankuk University of Foreign Studies under the theme of “The Post-Pandemic Era, Welcome to the New Humanity” from Thursday to Saturday.

The band’s lyrics, album titles and excerpts from seven bandmates’ speeches are the main inspirations for the event, which serves as a bridge connecting modern art with the K-pop act’s music.

“The exhibition has nothing to do with BTS or its agency, nor do we hold any copyright regarding the band’s songs and videos. It’s just an exhibition inspired by the band, and all proceeds will be donated to environmental and human rights organizations,” an official at Total Museum said. 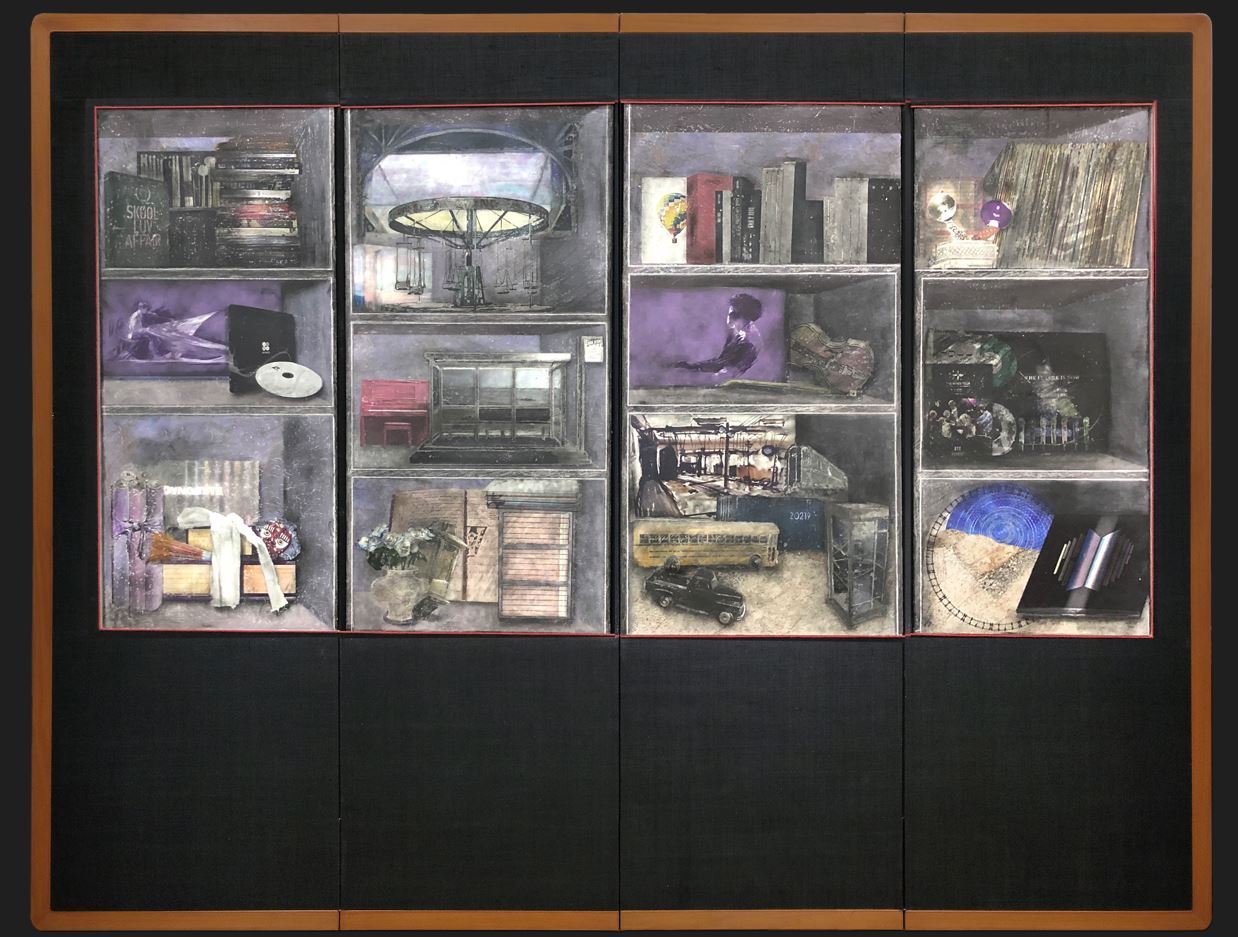 A painting titled “BTS Archive” by Jin Young-sun (Courtesy of Total Museum of Contemporary Art)
Paintings and installations by a total of 22 Korea-based artists are currently on display at the three-story building.

Of the 22 creators, several artists have previously teamed up with BTS. 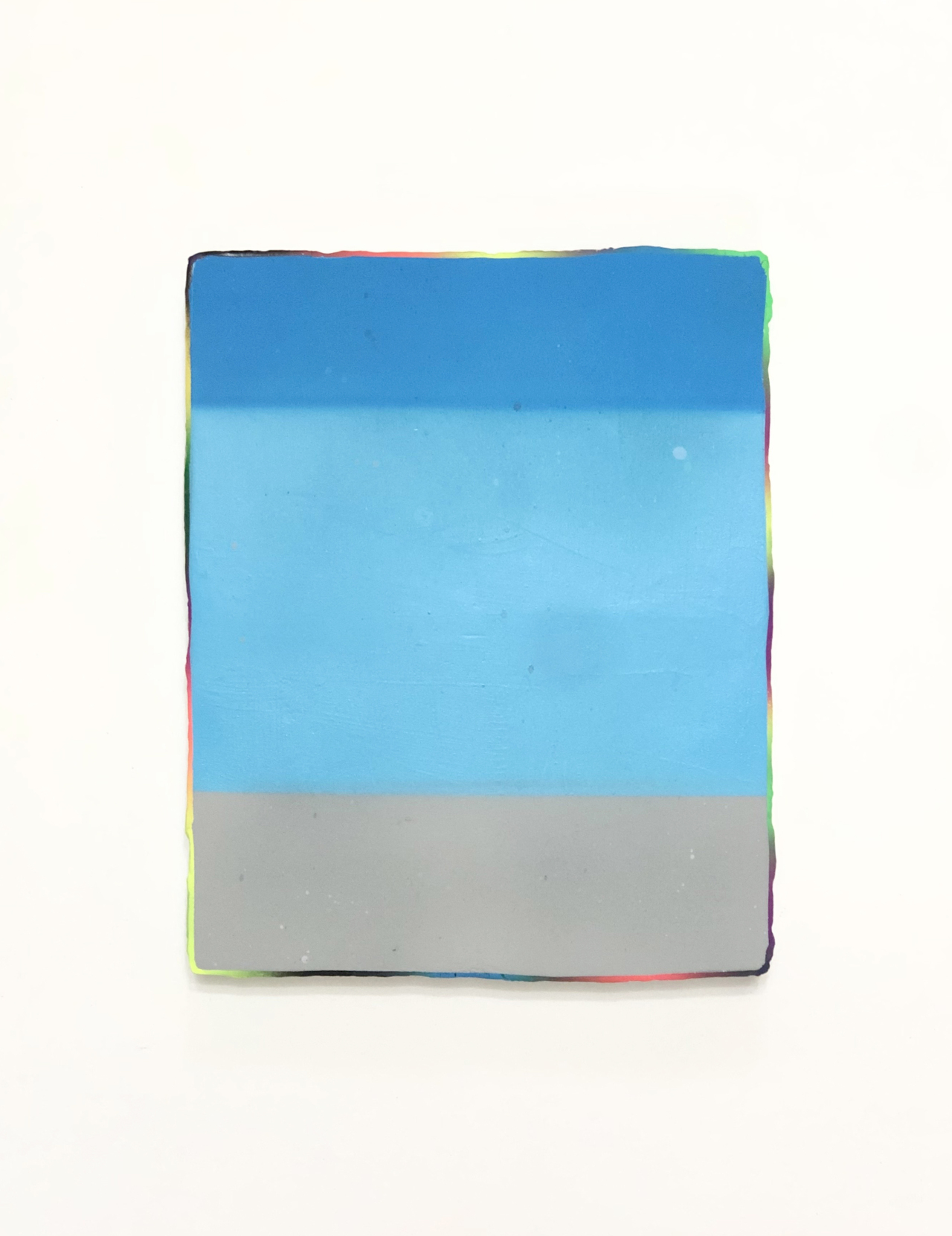 Artworks by Choi Ki-chang inspired by BTS’ “Yet To Come” (Courtesy of Total Museum of Contemporary Art)
Artist Choi Ki-chang showcased his art piece, which was highly inspired by the band’s “Yet To Come” music video, a title track of the band’s anthology album “Proof,” released on June 10. Jin Young-sun, an emerita professor at Korea University, displayed an artwork titled “BTS archive” to show the band’s path over the nine years.

A drawing by Park Kyung-jin titled “Idol,” the group’s main track on the “Love Yourself: Answer” album released in 2018, is also on display. The painting was on the band’s music video as well.

Composer and conductor Henry Cheng penned “Suit for Army,” a piece of music dedicated to the band’s fanbase, which is used as theme music during the exhibition.