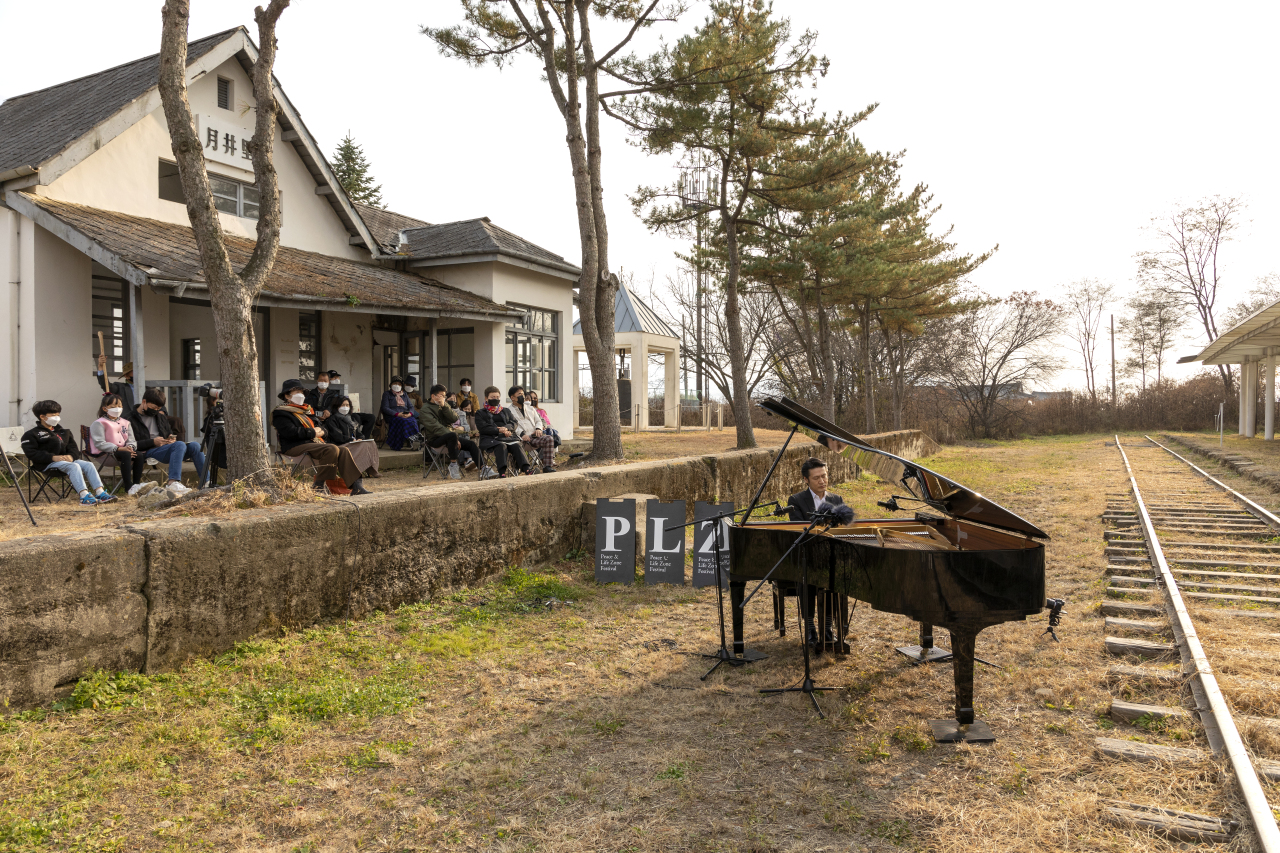 A Peace and Life Zone Festival concert takes place at Woljeong-ri Station, the last stop before the DMZ, in 2021. (PLZ)

A three-month music festival in the Demilitarized Zone that separates the two Koreas is set to kick off July 24, the festival organizer said Wednesday. The Peace and Life Zone Festival this year will host about 20 performances and other events, beginning with an opening concert at Jejin Station located inside the civilian-controlled area within the DMZ, in Goseong, Gangwon Province, featuring the event’s artistic director and pianist Im Mi-jung, clarinetist Kim Han and the Seoul Virtuosi Chamber Orchestra.

The festival will then tour five border areas in Gangwon Province -- Goseong, Inje, Yanggu, Hwacheon and Cheorwon -- through October.

Cellists Choi Ha-young, winner of the 2022 Queen Elisabeth Competition, and Yibai Chen, who placed second in that competition, will perform at a concert held at the former site of Jeil Church in Cheorwon, National Registered Cultural Property No. 23, on Sept. 17.

Opera “Tosca,” performed by La Bella Opera, Beha Philharmonic Orchestra and Noi Opera Chorus, will take place by Sarang Tree in Georye-ri, Hwacheon at 6 p.m. on Sept. 3. At Myeongpa Beach in Goseong, there will be a collaboration between modern dance and classical music, presented by modern dancer Jung Jae-woo and pianist Sharon Boaz.

Other venues include the Yanggu White Porcelain Museum for “Piano Day” and Inje Autumn Flower Festival for “Harp Duo” and “Four Men’s Piano Jazz.” The finale will be held with the Gangwon Music Association chaired by Lee Sang-soo at the Peace and Culture Square in the area restricted by the military within the DMZ.

Launched in 2019, the PLZ Festival is sponsored by Gangwon Province and five counties on the border between the South and the North and aims to transform the perception of the DMZ from an image of war to a global land of peace and life, the organizer said. 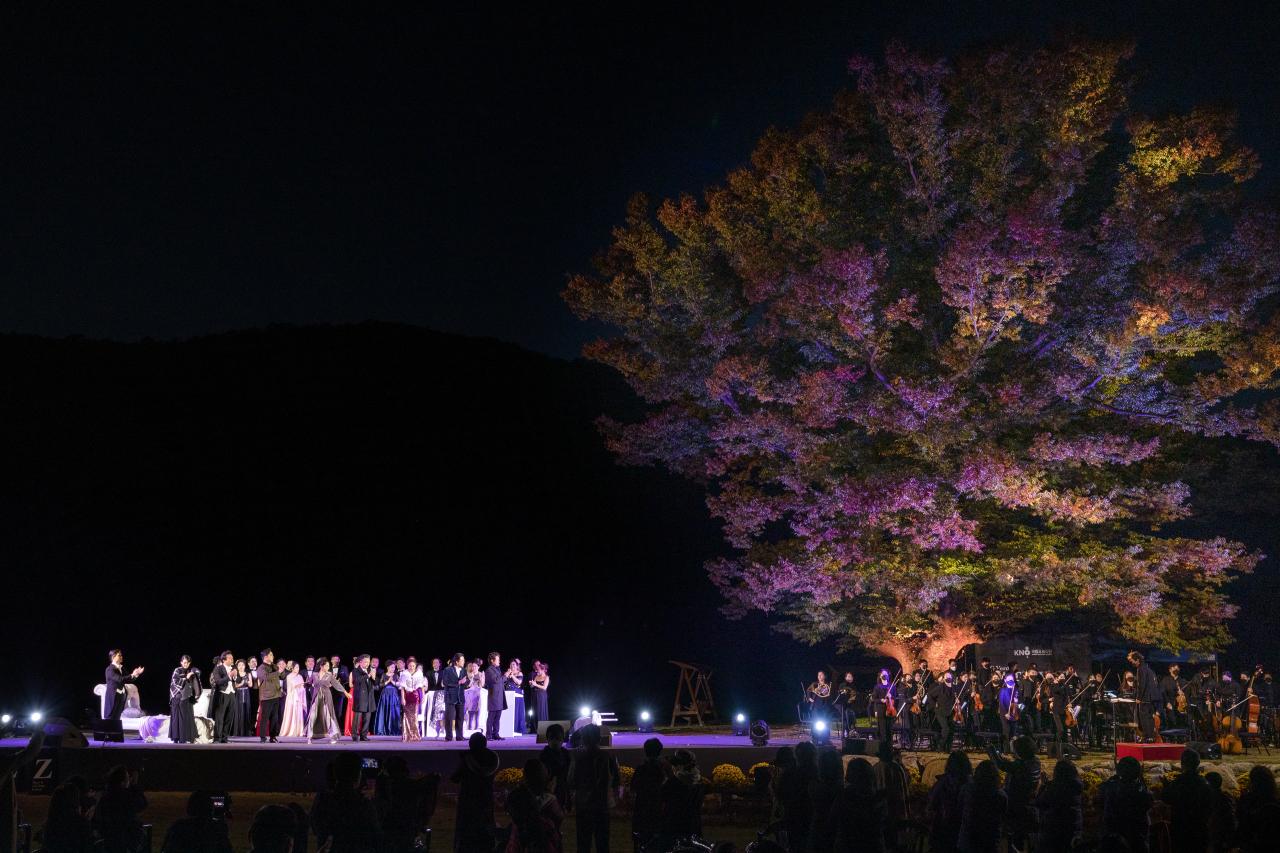 In addition to concerts around the DMZ area, the festival organizing committee will also hold a virtual PLZ International Peace and Music Camp for teenagers from Aug. 3 to 5 and an online master class for aspiring musicians.

“This year, more audiences will be able to experience the melody of peace on-site as COVID-19 restrictions have eased,” said Im, the festival’s artistic director. “I hope it will serve as an opportunity to convey a message of reconciliation through music to the world, including (for those involved with) the Russian invasion of Ukraine.”