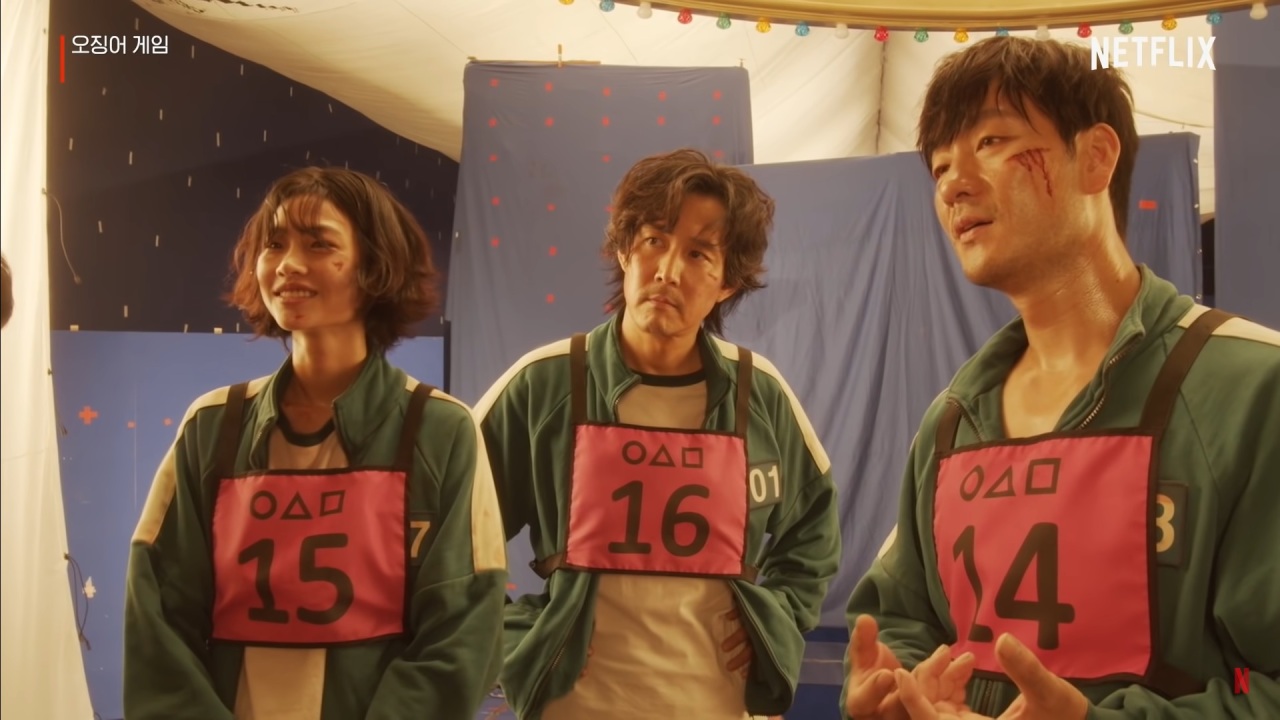 A screenshot shows the nominees for outstanding drama series at the 74th Primetime Emmy Awards. (Television Academy)
Actor Lee Jung-jae, who plays debt-ridden divorcee Seong Gi-hun, has been nominated for outstanding lead actor in a drama series, along with actors Jason Bateman of “Ozark,” Brian Cox and Jeremy Strong of “Succession,” Adam Scott of “Severance” and Bob Odenkirk of “Better Call Saul.”

“I am sincerely grateful and honored to be nominated along with other splendid actors,” the actor’s agency Artist Co. quoted Lee as saying on Wednesday. “I would like to thank all the fans across the globe who showed their love for our series. I will share this happiness with the ‘Squid Game’ team, who have been working together through the entire series,” Lee added.

Veteran actors Oh Yeong-soo and Park Hae-soo are competing for the outstanding supporting actor award with six other actors, including Billy Crudup of “The Morning Show,” Kieran Culkin of “Succession.”

Park, who recently played a gang member who goes by the codename “Berlin” in “Money Heist: Korea -- Joint Economic Area,” said he is overwhelmed by the news.

“I love you Netflix and a big thank you to the Emmy Awards,” Park said in an Instagram post.

Jung also shared her excitement with fans as well.

“‘Squid Game’ Magic. Thank you so much Television Academy and the voters,” the actor said on her latest Instagram post Wednesday.

Lee You-mi, who rose to global stardom with “Squid Game,” is competing for the best guest actress prize along with actors Hope Davis, Harriet Walter and Sanaa Lathan of “Succession,” Marcia Gay Harden of “The Morning Show” and Martha Kelly of “Euphoria.”

The brutal survival series is the first Korean series to be nominated at the Emmy Awards, which honors the best in television.

This year’s Emmy Award nominations cover the best primetime TV programs that aired from June 1, 2021 to May 31, 2022.

The awards ceremony is scheduled to be held live on Sept. 12 in Los Angeles.