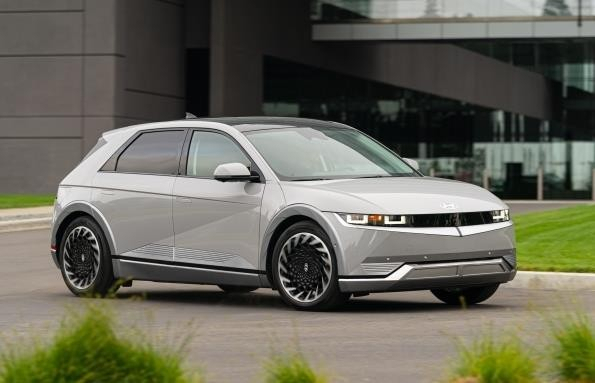 Eco-friendly vehicles accounted for more than 30 percent of South Korea's total car exports in the first five months of the year on strong overseas demand and the debut of two major electric vehicles made by local automakers in the US market, data showed Monday.

The value of exported green cars amounted to $20.45 billion in the January-May period of this year, taking up 30.3 percent of the country's total auto exports, according to the data from the Korea International Trade Association.

It represented the first time for the ratio to exceed the 30 percent level. The tally was also up 8.7 percentage points from the same period a year earlier.

Exports of eco-friendly vehicles have been on a steady rise this year.

Green vehicles accounted for about 24 percent of all South Korea's auto exports tallied at 901,260 units in the January-May period, up 6.4 percentage points from a year earlier and marking the first time that the ratio has topped 20 percent, according to the Korea Automobile Manufacturers Association.

Among EVs, overseas shipments of Hyundai's IONIQ 5 were the largest at 25,381 units during the five-month period, followed by Kia's EV6 with 25,052.

Renault Korea Motors' XM3 small SUV recorded the highest export tally of 26,597 units among hybrids, trailed by Hyundai's Kona SUV with 14,422 and Kia's Niro with 13,078, according to the data. (Yonhap)