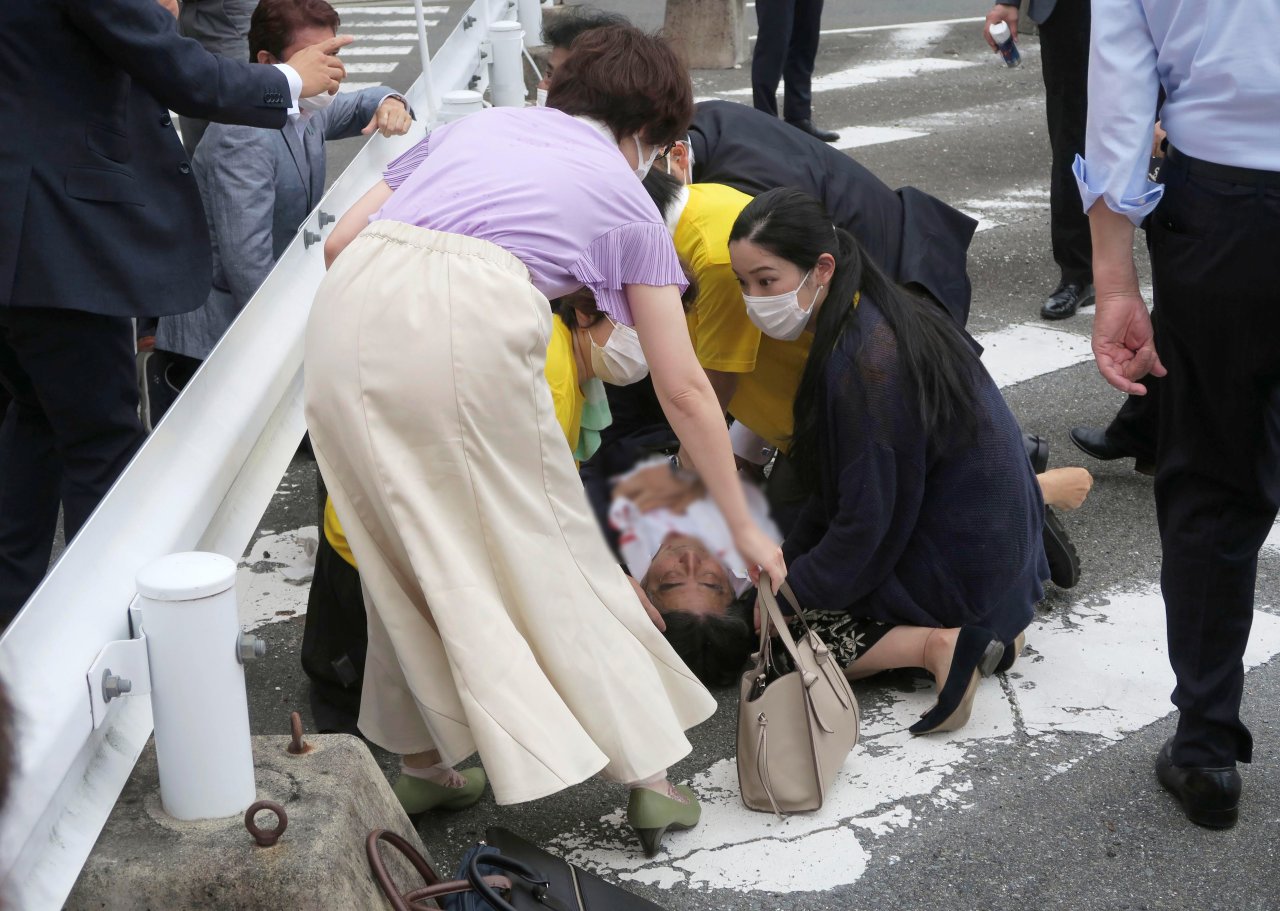 Japanese national broadcaster NHK announced at around 5:50 p.m. Friday that Abe died after being shot twice in the back with a gun while giving a speech at around 11:30 a.m. in the Japanese city of Nara. Hours earlier in the afternoon, Japanese Prime Minister Fumio Kishida told reporters that Abe was in “severe condition” and that doctors were doing their best to save him.

The 67-year-old former prime minister was campaigning for his ruling Liberal Democratic Party at the time of the incident ahead of the country’s upper house election scheduled for this coming Sunday.

“I am hoping that he will survive,” Kishida said. “For this to happen during an election, which is the foundation of democracy is unforgivable. I condemn it.”

Abe was immediately rushed to the Nara Medical University and was in cardiopulmonary arrest, reports at the time showed. The crime occurred only a few minutes after he started a speech outside a main train station in western Nara.

People at the scene reportedly heard “something like gunshots” and saw Abe bleeding from his chest. A large amount of white smoke appeared after the second gunshot, reports show.

Japanese police immediately took Tetsuya Yamagami, a male resident of the city in his 40s and former member of the Japanese Maritime Self-Defense Force, into custody as a suspect at the crime scene.

All ministers, many of whom were outside Tokyo due to campaign schedules, were called to return to the capital. Chief Cabinet Secretary Hirokazu Matsuno denounced the attack as “a barbaric act” and “absolutely unforgivable,” adding “we condemn it strongly.”

Abe is one of the most influential figures in Japanese politics as the longest-serving prime minister in Japanese history. He served as prime minister of Japan and president of the Liberal Democratic Party from 2006 to 2007 and again from 2012 to 2020.

The former prime minister abruptly stepped down in June 2020 due to chronic ulcerative colitis, an intestinal disease. Even after his resignation, Abe remained as a central figure to Japanese politics largely due to the success of his signature economic policy dubbed “Abenomics.”

During Abe’s second tenure, South Korea-Japan relations took a hit as the two countries were in conflict over the issues of Japan’s sexual enslavement of Korean women and forced labor during World War II when Korea was a colony of the Japanese empire.

While Japan prides itself as one of the safest nations in the world with some of the strictest restrictions on firearms, the attack on Abe is not the first gun attack against a politician in modern Japan.

In April 2007, Nagasaki Mayor Iccho Itoh was shot and killed by a member of the Japanese criminal network known as yakuza near his campaign headquarters. He was shot twice in the back while exiting a car in front of his campaign office and died from blood loss hours later.