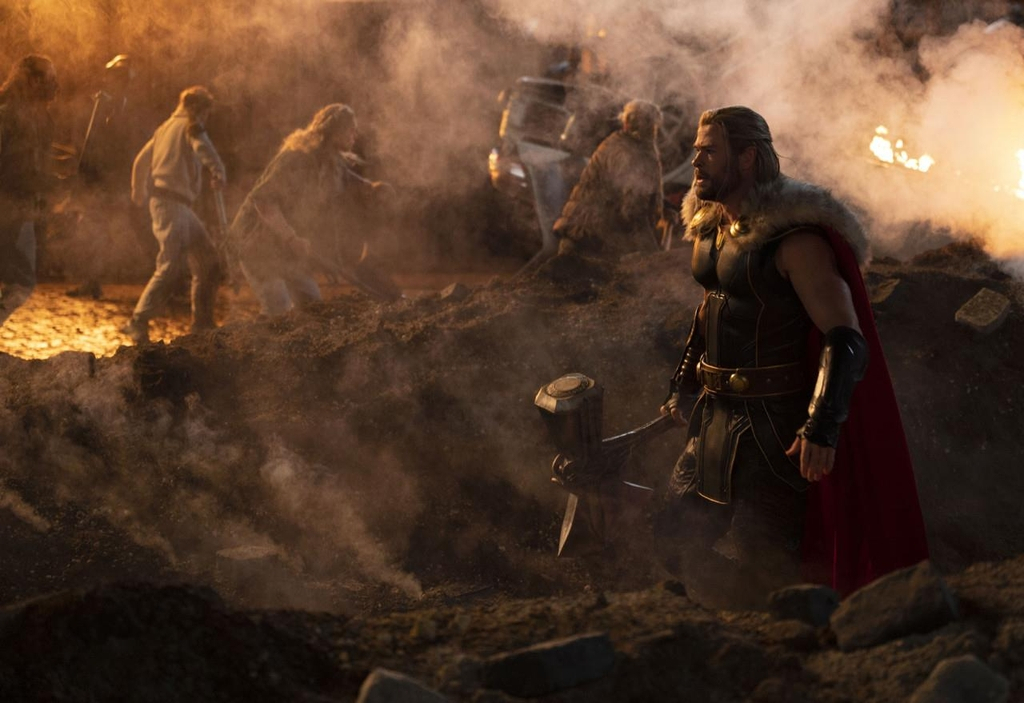 The film posted 382,000 attendees on Wednesday, accounting for 70 percent of the day's total ticket sales, according to the data from the Korean Film Council.

But its opening score is far behind Marvel's last superhero film "Doctor Strange in the Multiverse of Madness," which posted the highest first-day record of 715,000 attendees on May 4.

"Thor: Love and Thunder," helmed by director-writer Taika Waititi, features Thor getting involved in combat against Gorr the Butcher (Christian Bale), a galactic killer who seeks the extinction of the gods.

"Top Gun" came in next in Wednesday's box office with 100,000 moviegoers, bringing its combined total to 3.7 million.