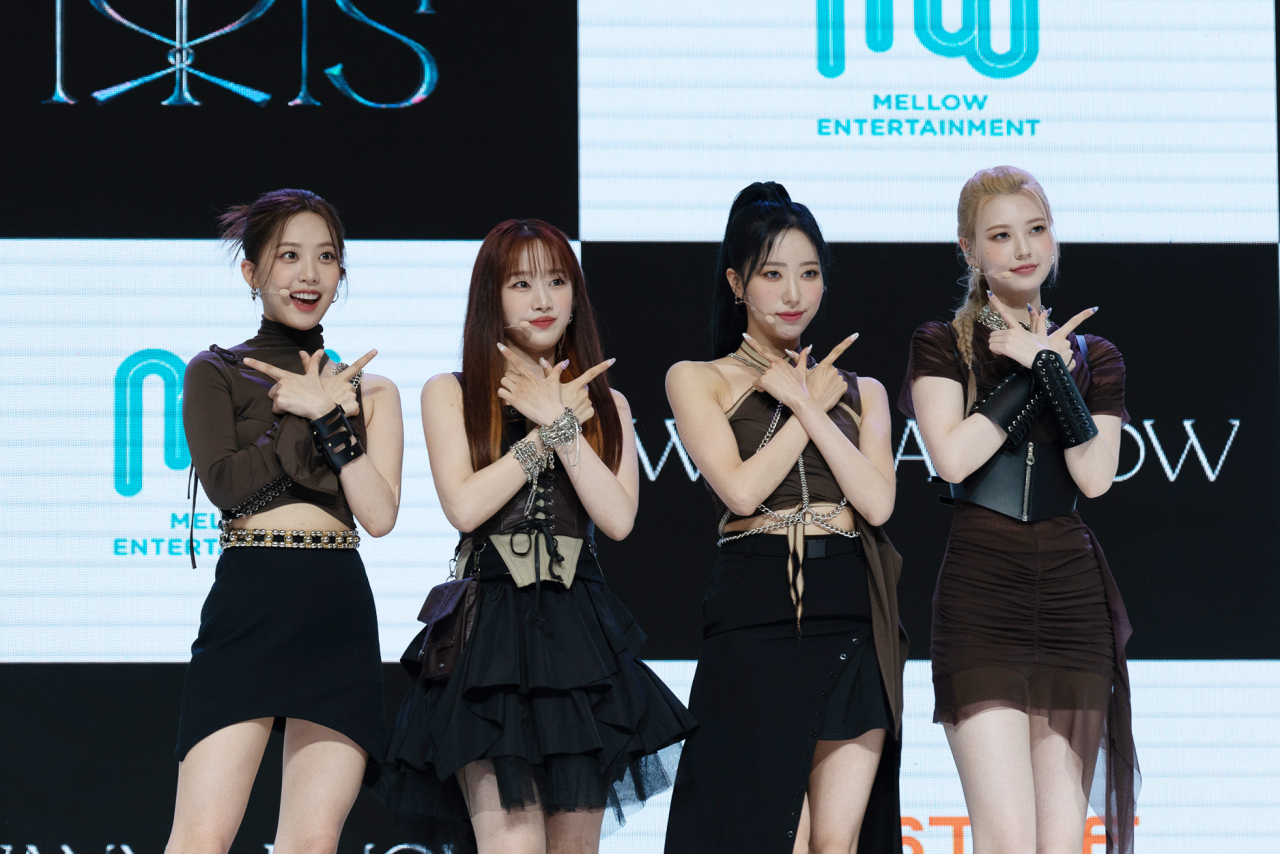 Produced by Justice Records, a subsidiary of film company Taewon Entertainment, and Mellow Entertainment, Irris threw their glitzy hats into the ring Wednesday evening with dreams to leave bold marks on the industry.

Getting their foot in the door for a second time was always going to be a difficult task, but the three singers are eager to set off on the next part of their musical journey.

“The four of us tried hard to improve as a group and as individuals. We wanted to create synergy and got vocal and dance lessons to enhance our skills and show how ’Irris‘ is,” I.L said.

The group’s name was inspired by Iris, the ancient Greek goddess of rainbows.

Through its debut album, the four-piece group aims to connect to each other and their fans with music. The symbol on the cover means “freedom” and “liberation.”

Title track “Wanna Know” has frenzied beats and an addictive melody, which Yoon-seul described as “an easy listening song that will have people grooving to the catchy tune.” She added that the lyrics express frustration toward someone who you fell head over heels for.

By naming the song “Wanna Know,” the group hopes to create a sense of curiosity in the fans and invite them to explore the band‘s many hidden talents.

I.L added, “Our choreography teacher always tells us to rest for three minutes because the dance moves are pretty tough. That’s how passionate we are.”

The tracks that round out the release are: “Bye Bye,” a song that gives comfort to those who have gone through a breakup, and “Stay With Me,” a trendy piece of pop music with electric guitar sounds. The instrumental version of “Wanna Know” also features. 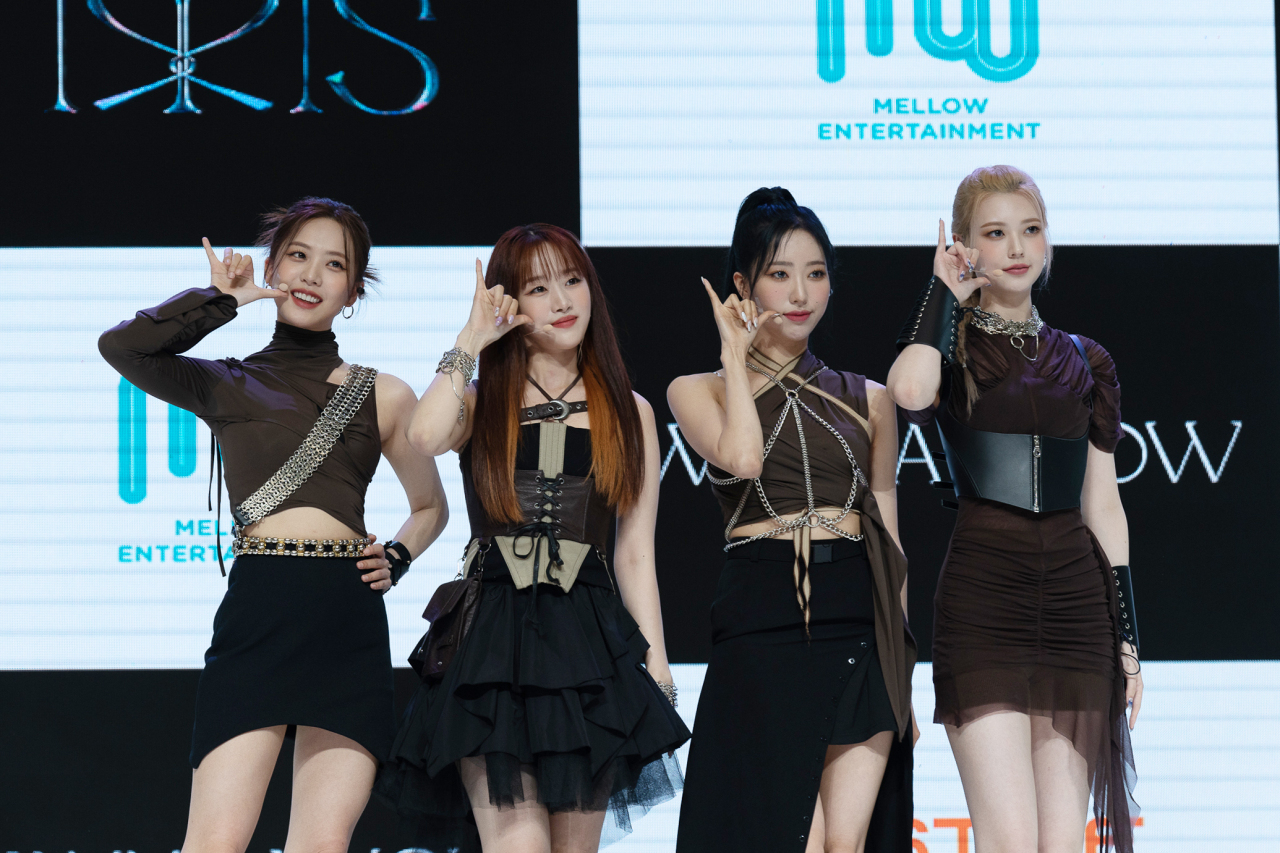 Girl group Irris poses during its debut press conference held in Seoul on Wednesday. (Justice Records and Mellow Entertainment)
Liv said, with confidence, “It‘s a well-made one.” When asked to explain, she said that the producer team, Iconic Sounds, who previously worked with top-profile boy bands like Seventeen, EXO and BTS, took part in the album.

“There are a total of three tracks on the album, and we want to show three different sides with different music styles,” Liv added.

A flood of big-name K-pop artists have returned for summer comebacks, but the rookie group seemed nonchalant about competing with other bands.

“Irris is afraid of nothing, and we have self-belief. All four members have different characteristics, and I believe we can offer something for everyone,” Yun-seul said.

At the end of the event, Nina shared her reflections as a newcomer in K-pop, “I look forward to the opportunities ahead of us, and I hope you will watch out for our group.”

“Irris will only move forward,” the group added. “We’ll continue to prove ourselves and always try our best. I hope you‘re excited about what we will do next and send us much love.”

The three-track release will hit music platforms on Wednesday at 6 p.m.