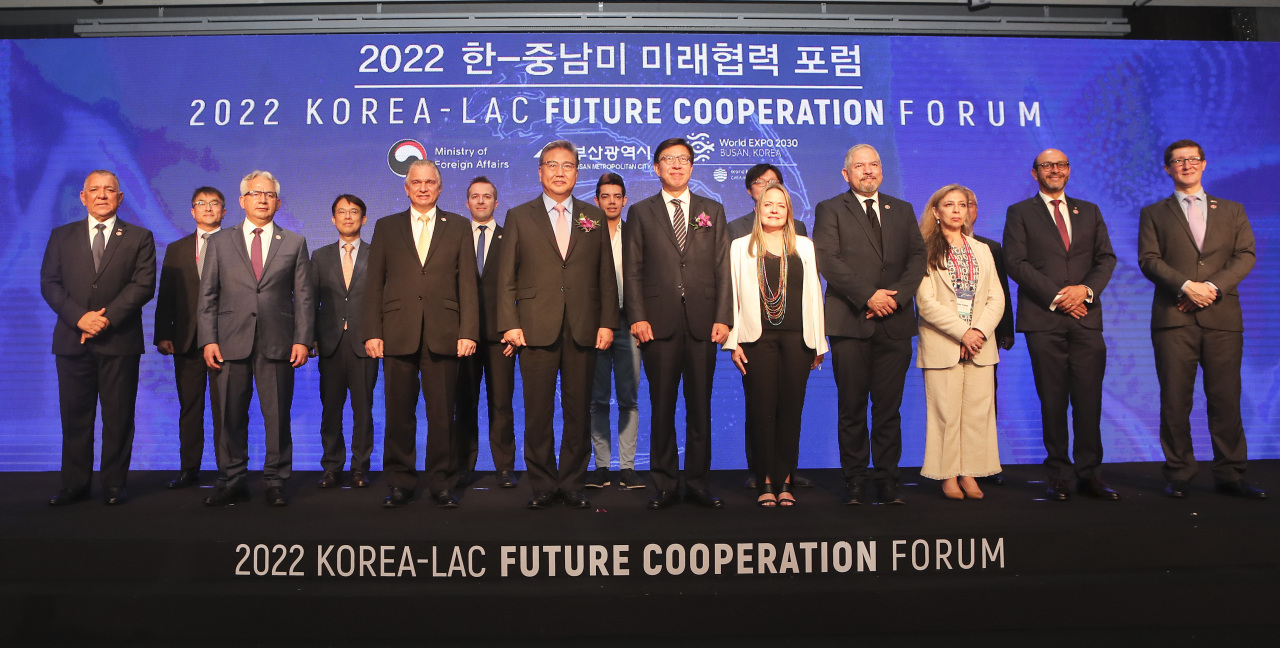 Park met with his Mexican counterpart, Marcelo Ebrard, in Seoul on Monday to discuss enhancing bilateral ties and increasing cooperation in various sectors, according to the Foreign Ministry.

During their first bilateral talk, the Korean minister suggested the two countries resume negotiations for a free trade agreement, discussions for which have stalled since in 2008.

“It is important to quickly resume the official negotiation process for a free trade agreement between South Korea and Mexico,” Park told Ebrard, according to the Foreign Ministry.

In the presidential summit of the two countries in 2016, the then leaders had agreed to restart the negotiation, but not much progress has been made.

Aside from the negotiation with Mexico, South Korea is in talks for trade agreement with Mercosur, a regional trade bloc of Brazil, Argentina, Paraguay and Uruguay. With the total population of Mercosur member states accounting for about 70 percent of the population in South America, it also makes up some 68 percent of the region’s economy.

Seoul has signed FTAs with five Central American countries -- Costa Rica, El Salvador, Honduras, Nicaragua and Panama -- and is also working on inking an agreement with Guatemala and Dominica.

The Korean foreign minister also stressed that the country should join the Pacific Alliance, a regional integration initiative of Chile, Columbia, Mexico and Peru, as an associate state. Joining as an associate state would grant free trade access to the members of the alliance.

In line with the government’s effort to increase exchanges with the region, Park also suggested the two sides resume operation of the Korea-Mexico Economic Joint Committee, which last held its eighth meeting in January 2015 in Mexico. 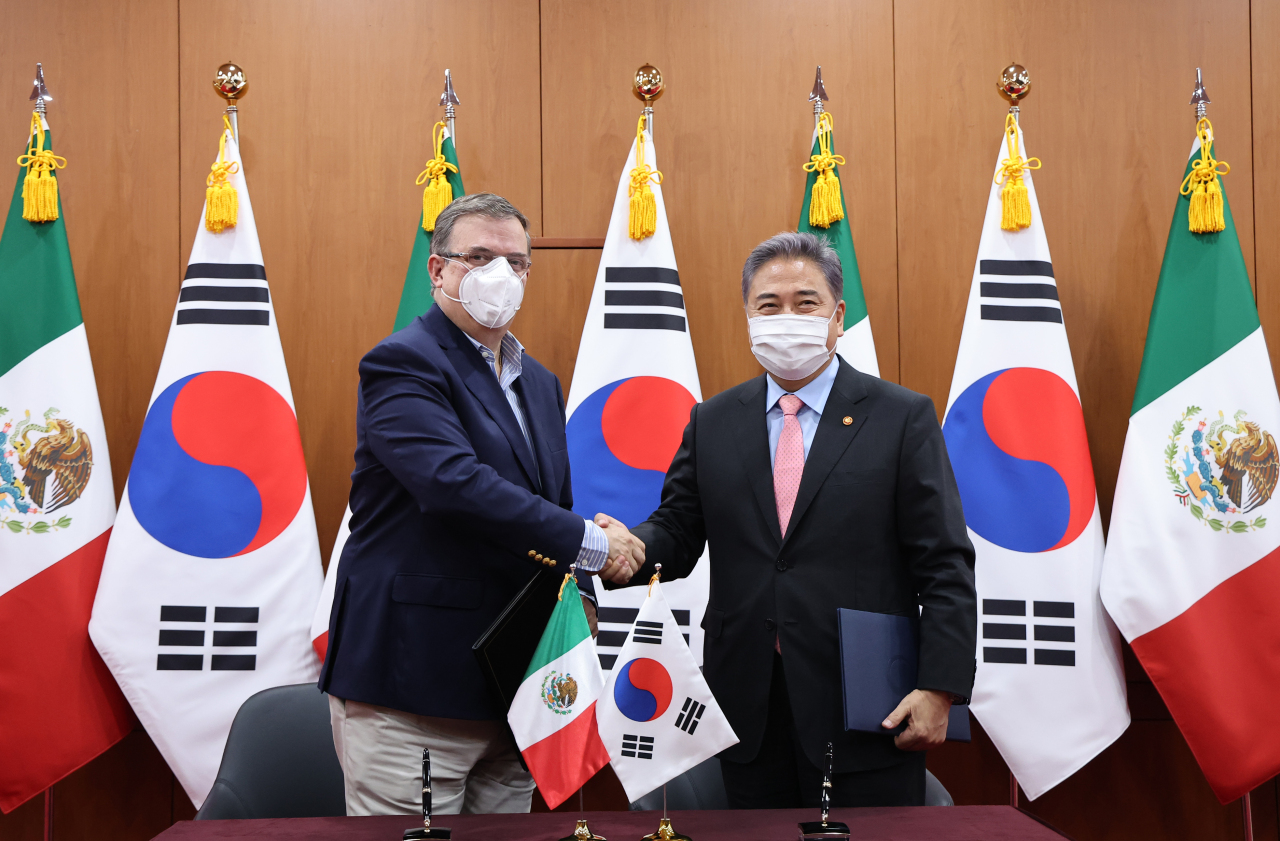 Other areas for cooperation discussed include vaccines, the aerospace industry and countering the pandemic.

This year marks the 60th anniversary of diplomatic relations between South Korea and Mexico. Along with Mexico, South Korea has established diplomatic ties with 14 other South American countries, including Argentina, Chile and Colombia in the same year of 1962.

“Under the new government, we plan to increase high-level official exchanges with the countries in South America, and also bolster cooperation on various sectors, including economic security, digitalization and environment,” a Foreign Ministry official said.

In a bid to strengthen relations with the countries in Central and South America, the Foreign Ministry opened the 2022 Korea-LAC Future Cooperation Forum with the Busan Metropolitan Government on Tuesday.

Ministers and high-ranking officials from nine countries, including Costa Rica, Honduras and Panama, among others, have traveled to South Korea to attend the two-day forum held in Busan, the second-largest city. Argentina is taking part virtually.

The forum comes amid the rising importance of securing global supply chain and economic security, the Foreign Ministry said.

It is the first such multilateral event inviting high-ranking officials from the region by the Yoon Suk-yeol administration, which launched in May.

Delivering his opening speech in Spanish, Foreign Minister Park explained how Ecuador was the first country South Korea exported its first homegrown car -- the Hyundai Pony -- to, underscoring how it marked the start of the country’s connection with South America.

“As we celebrate the 60th anniversary of diplomatic relations, and as we are seeing a great transition of political and economic world order, we should remember our special connections in the past,” Park said.

“We should shape our future together as partners of economic security.”

On the first day of the forum, government officials, academics and businesses took part in debate sessions and discussions, mainly on global supply chain resilience, digitalization and infrastructure.

Park held back-to-back talks with ministers and vice ministers from nine countries on the sidelines of the forum to request their support for Korea’s expo bid, according to the Foreign Ministry.

On Wednesday, the participants will visit the candidate sites for the 2030 World Expo in Busan.