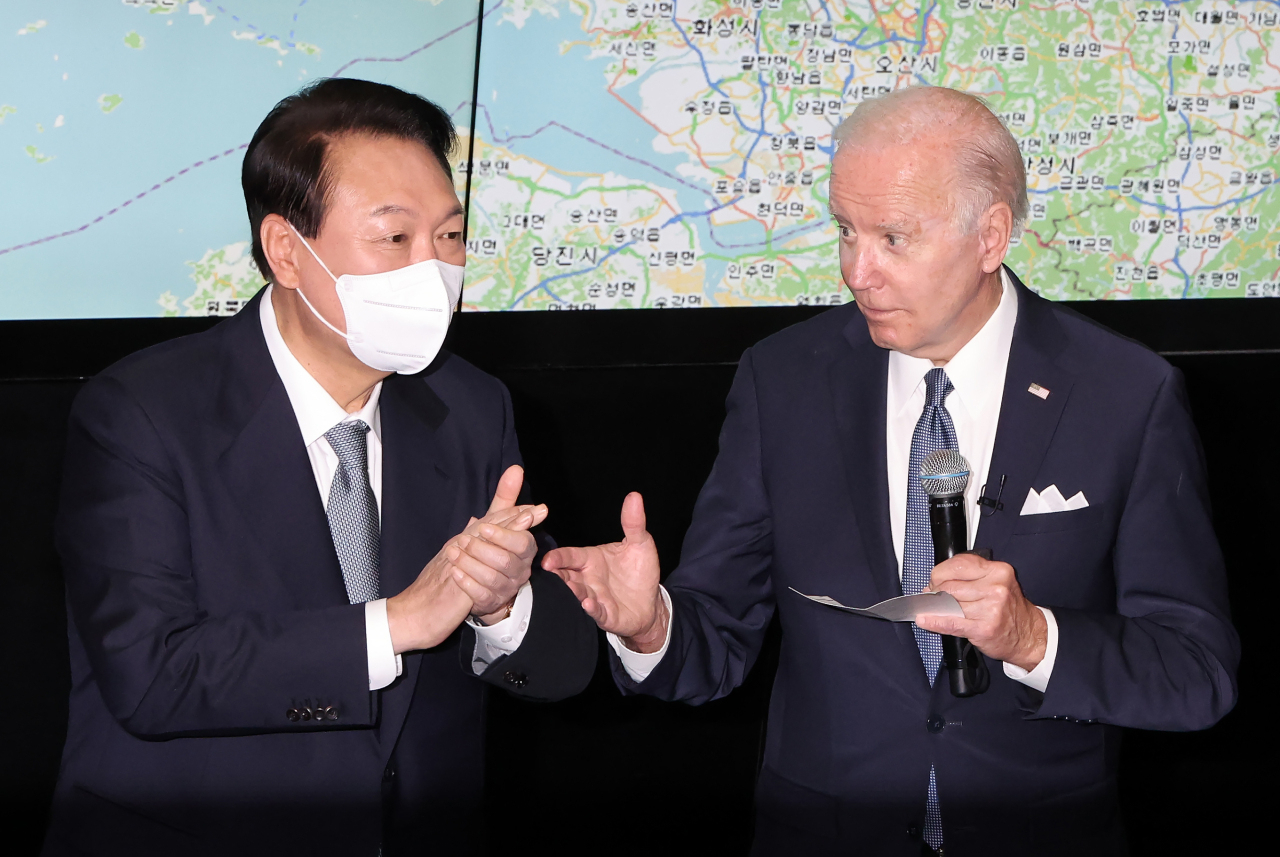 President Yoon Suk-yeol (left) and President Joe Biden at the Korean Air and Space Operations Center at the US Air Force Base in Osan on May 22.(Yonhap)

WASHINGTON -- A US bill is seeking to express concerns over the proposed abolishment of South Korea's Ministry of Equality and Family, the bill showed Monday.

The House of Representatives bill on the 2023 budget for the state department will also urge the secretary of state to remain "actively engaged" in promoting gender equality in South Korea if passed.

"The Committee is concerned about the abolishment of the South Korean Ministry of Equality and Family and urges the Secretary of State to remain actively engaged with efforts to advance women's empowerment and gender equality in the country," says the bill, introduced in the House of Representatives appropriations committee on Friday.

South Korean President Yoon Suk-yeol, who took office in May, had pledged to abolish the ministry during his election campaign.

Yoon appointed a new minister of equality and family after taking office, but the new minister, Kim Hyun-sook, has noted the ministry may be "reorganized" during Yoon's five-year term.

Meanwhile, the House appropriations bill, if enacted, will also call on the US state department to identify Korean Americans who wish to be reunited with their family in North Korea.

"The Committee urges the Office of North Korean Human Rights, in consultation with Korean American community organizations, to identify Korean Americans who wish to be reunited with their family in North Korea in anticipation of future reunions," it says.