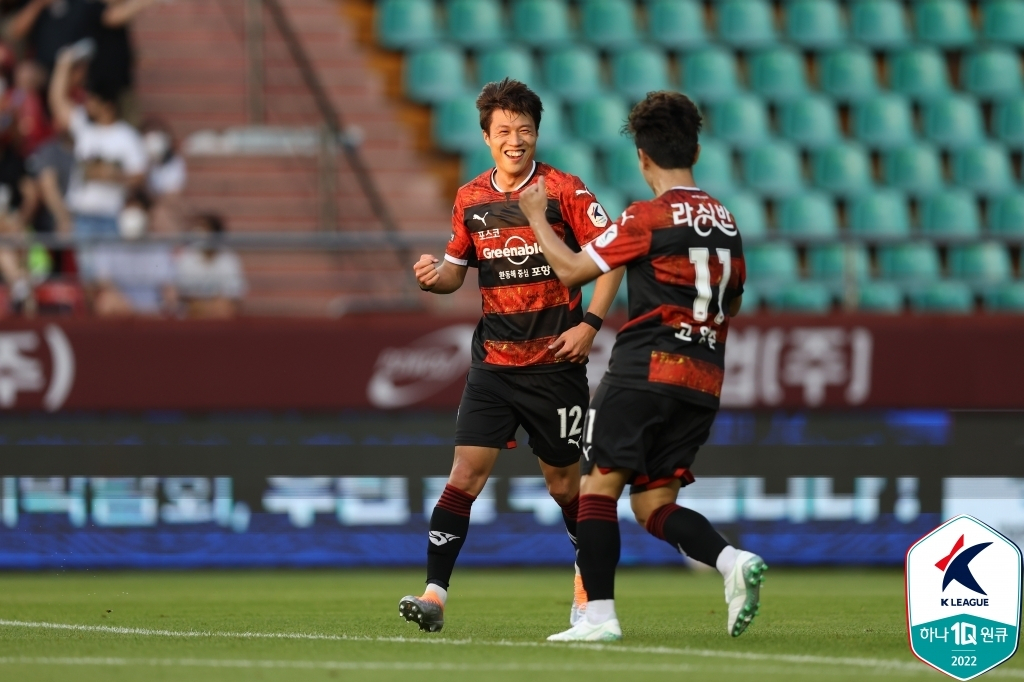 Ulsan suffered a 2-0 loss to Pohang Steelers in their "East Coast Derby" on Saturday, while Jeonbuk rallied past Gimcheon Sangmu FC 2-1 the same day.

Ulsan still lead the competition with 40 points but Jeonbuk have closed in on them with 35 points. Ulsan were in first place by 10 points entering the international break at the end of May, and Jeonbuk were trailing Ulsan by 11 points in fourth place.

Then in a span of four matches, Ulsan have gone from being in cruise control to having to check their rearview mirror with trepidation.

Jeonbuk crushed Ulsan's title hopes in each of the past three seasons. Ulsan are trying to win their first title since 2005. While Jeonbuk own the league record for most titles with nine, Ulsan have had the most runner-up finishes in league history with 10.

Jeonbuk allowed the opening goal to Gimcheon before Takahiro Kunimoto and Gustavo responded in the second half for the come-from-behind victory.

The victory extended Jeonbuk's undefeated streak to four matches, while Gimcheon remained winless in their past nine.

Jeju slipped to fourth place. Pohang and Jeju both have 30 points, but Pohang hold the tiebreak edge in goals scored, 25-24.

Gangwon FC blanked Seongnam FC 2-0, on goals by Kim Young-bin and Jung Seung-yong, for their first winning streak and first away victory of the season.

Teams will go right back at it, with three matches scheduled for Tuesday and three more for Wednesday.

Ulsan will host surging Gangwon FC at 7:30 p.m. Tuesday. Pohang will have an opportunity to put even more pressure on the top two clubs on Tuesday, when they visit lowly Seongnam FC.

Jeonbuk will be in the nation's capital at 7:30 p.m. Wednesday to face FC Seoul. (Yonhap)