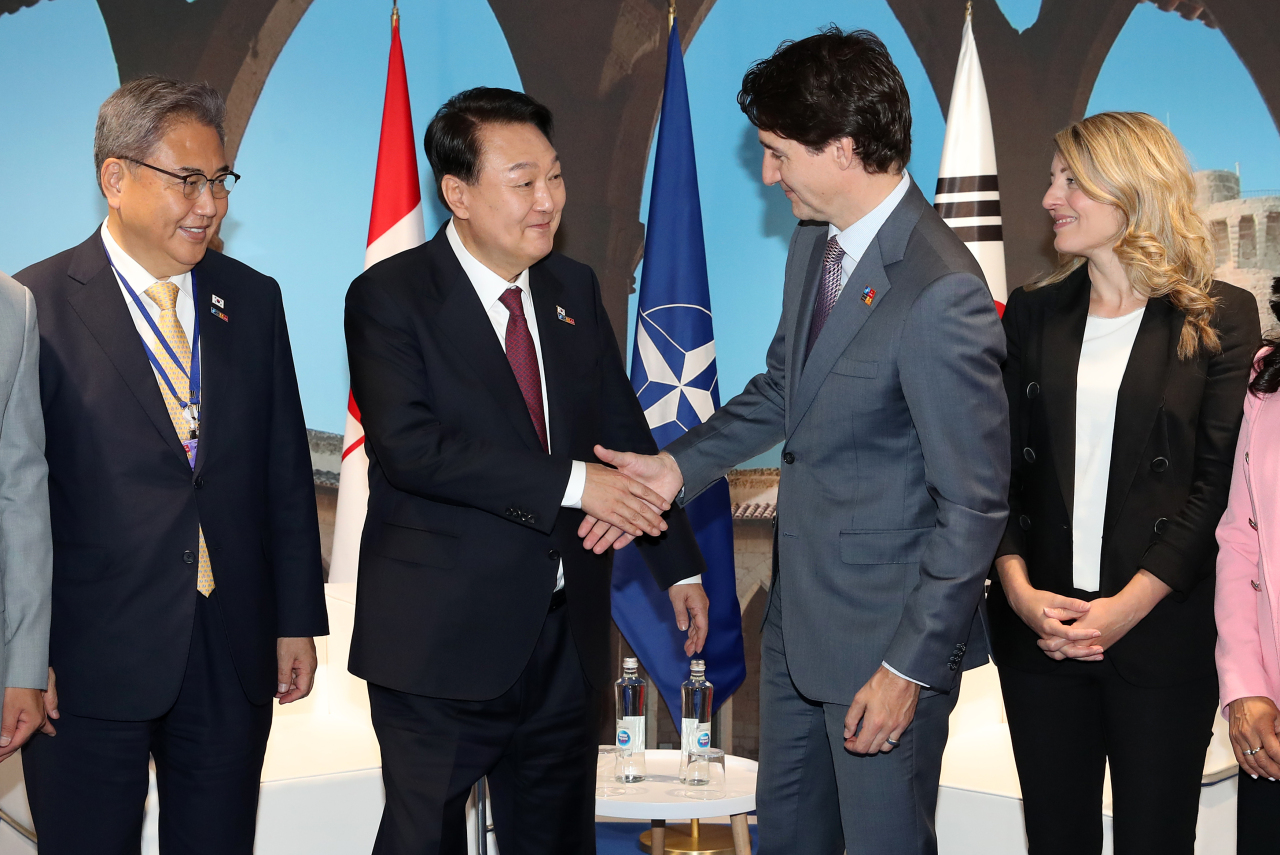 Trudeau said he fully agrees with the future-oriented bilateral relationship with South Korea, and explained that Canada’s newly announced Indo-Pacific strategy puts close relations with regional partners such as Korea as a top priority, according to the presidential office.

“Bilaterally, I look forward to talking about the economy and the challenges, our jobs and growth and our great trade deal,” said Trudeau.

“Talking about climate change and the fact that South Korea is stepping up significantly on its ambition on climate, but also obviously talking about security. Canada is deeply engaged in the North Pacific and Indo Pacific on a broad range of issues, and Korea is a very important partner to us.”

Thanking Canada for its participation in the Korean War, Yoon said, “Based on this friendship, I think the two countries will be able to strengthen economic and security cooperation with high-tech artificial intelligence energy, such high-tech future industries.”

Yoon reaffirmed his position that the South Korean government remains open to dialogue but will respond decisively to North Korean provocations, and suggested that the two countries continue to work closely together to maintain unity in the international community, the office said.

Trudeau said that the international community should respond with the goal of complete, verifiable and irreversible denuclearization of North Korea, and supported the South Korean government’s efforts on the North Korean nuclear issue.

Yoon emphasized that Russia‘s illegal invasion of Ukraine cannot be justified and explained that South Korea would help provide the humanitarian aid Ukraine needs to rebuild Ukraine and restore peace.

Prime Minister Trudeau said that the Korean government’s consistent position and support for Ukraine are very important and that Canada will spare no effort in providing necessary support until Ukraine‘s sovereignty is fully restored and peace is restored.

The two leaders suggested that bilateral cooperation be further expanded and deepened with a focus on future high-tech, artificial intelligence and low-carbon energy industries. They agreed to materialize the collaboration in the supply chain of key minerals such as lithium, nickel and cobalt.