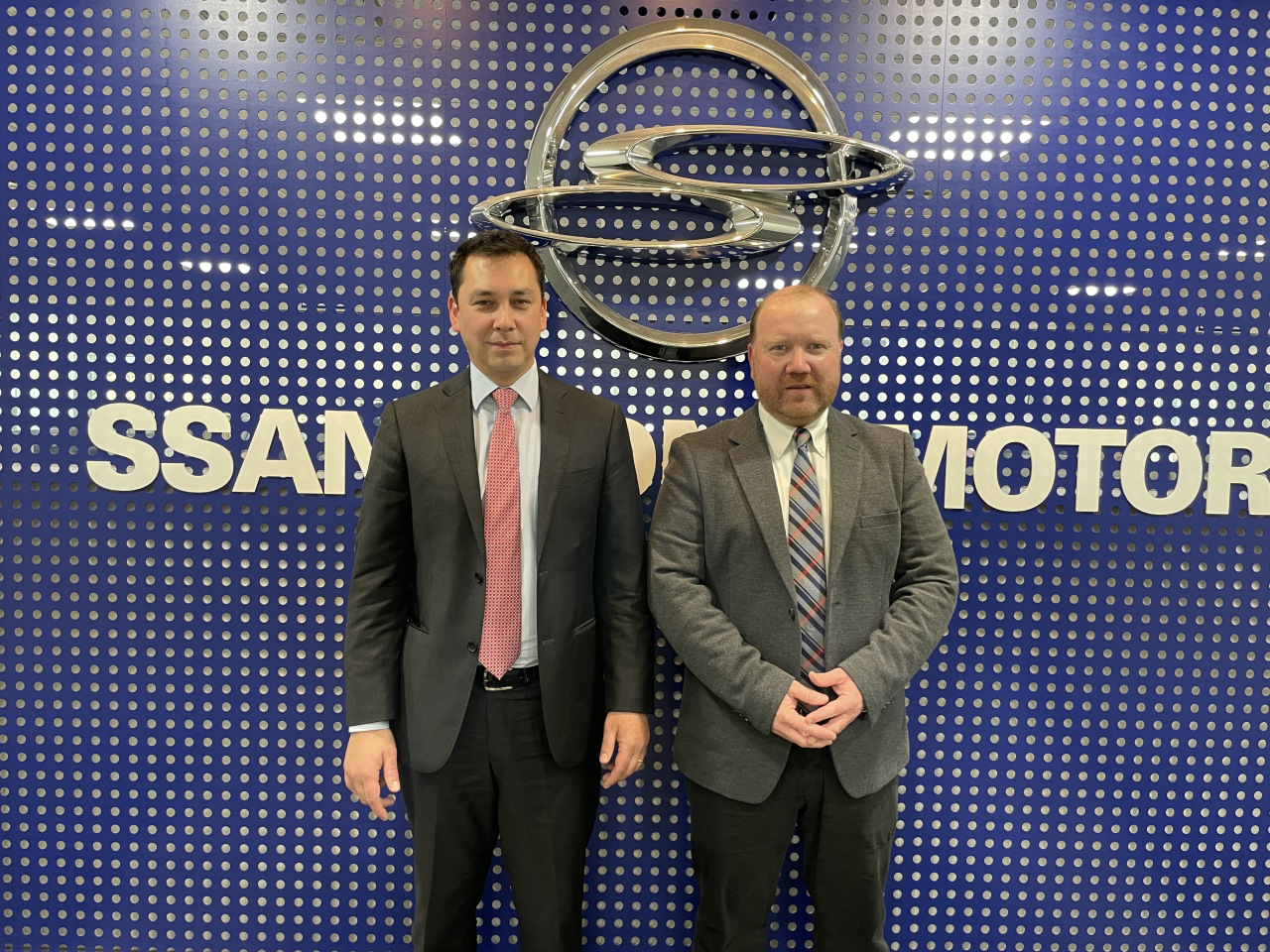 (Left) Rodrigo Gonzales, managing director of SsangYong Motor Chile, and Mauricio Pascual, commercial director of SsangYong Motor Chile (Hong Yoo/ The Korea Herald)
Chile has been not only an important export destination for South Korean carmaker SsangYong Motor, but also a country that inspired the branding of its new sports utility vehicle, the Torres, on which the company has pinned its hopes for a restart. The mid-sized SUV, named after the Torres del Paine National Park in the Latin American country, could be a winner in the Chilean market, dealers said on Thursday. They offered a sales target of 3,000 units a year.

“We are planning to sell between 2,500 and 3,000 units of Torres per year. It’s a challenging target for the C-segment, but we are very confident because the car is beautifully designed, and has good safety features, space, and other characteristics that can make it a winner in our market,” Rodrigo Gonzales, managing director of SsangYong Motor Chile told The Korea Herald in Seoul on Wednesday.

“In the Chilean auto market, SUVs account for nearly 50 percent (of sales) and is growing every year ... Our sales for the first semester of this year have doubled from the same period last year. Our Rexton model is the third-most sold car in the large SUV market.”

SsangYong Motor will have the global launch of the Torres in Chile -- the country to which the company exports the most vehicles -- in November.

“We have yet to finalize our marketing strategy, but the idea is to show the Torres’ unique points of differentiation, starting from its looks to its technology, safety features, and its multipurpose features.”

Selling 3,000 units of the Torres in Chile would give SsangYong a similar market share as its main South Korean competitors, sister carmakers Hyundai and Kia, who sell the SUV models Tucson and Sportage.

“In contrast to rival models such as the Tucson and Sportage, Torres is a more off-road-based car which is a plus in addition to having a similar level of technology and safety features as that of rival models,” said Mauricio Pascual, a commercial director of SsangYong Motor Chile.

SsangYong Motor has maintained a good reputation in Chile for over 20 years, which is reflected in its sales in a competitive market with more than 60 brands, Pascual said. More than 50 percent of those that buy new cars from SsangYong Motor have previously owned a SsangYong car, he added.

“Customers are satisfied with our brand’s reliability, space, and performance. These are three key points that appeal to our sophisticated customers,” he said.

Although the auto market in Chile was weak from 2019 until the end of 2021 due to the COVID-19 pandemic, the market recovered quickly this year, to the point where it is now the third-biggest auto market in Latin America, he added.

SsangYong aims to secure 5 percent of market share in the SUV and pickup truck segment in Chile by 2023, which means it would have to sell 10,000 units.

In South Korea, the Torres has been garnering explosive attention for its design, attractive pricing, and technology features.

The number of preorders surpassed the 25,000-mark in two weeks it began receiving orders.

With a Seoul bankruptcy court approving KG Group‘s SsangYong Motor takeover on Tuesday, the debt-ridden carmaker appears to have seized a chance to normalize its operations and invest in future businesses. At a Torres design exposure session on Wednesday in Pyeongtaek, Gyeonggi Province, the carmaker said it would offer the next model -- code-named “KR10” -- in both EV and combustion engine versions.