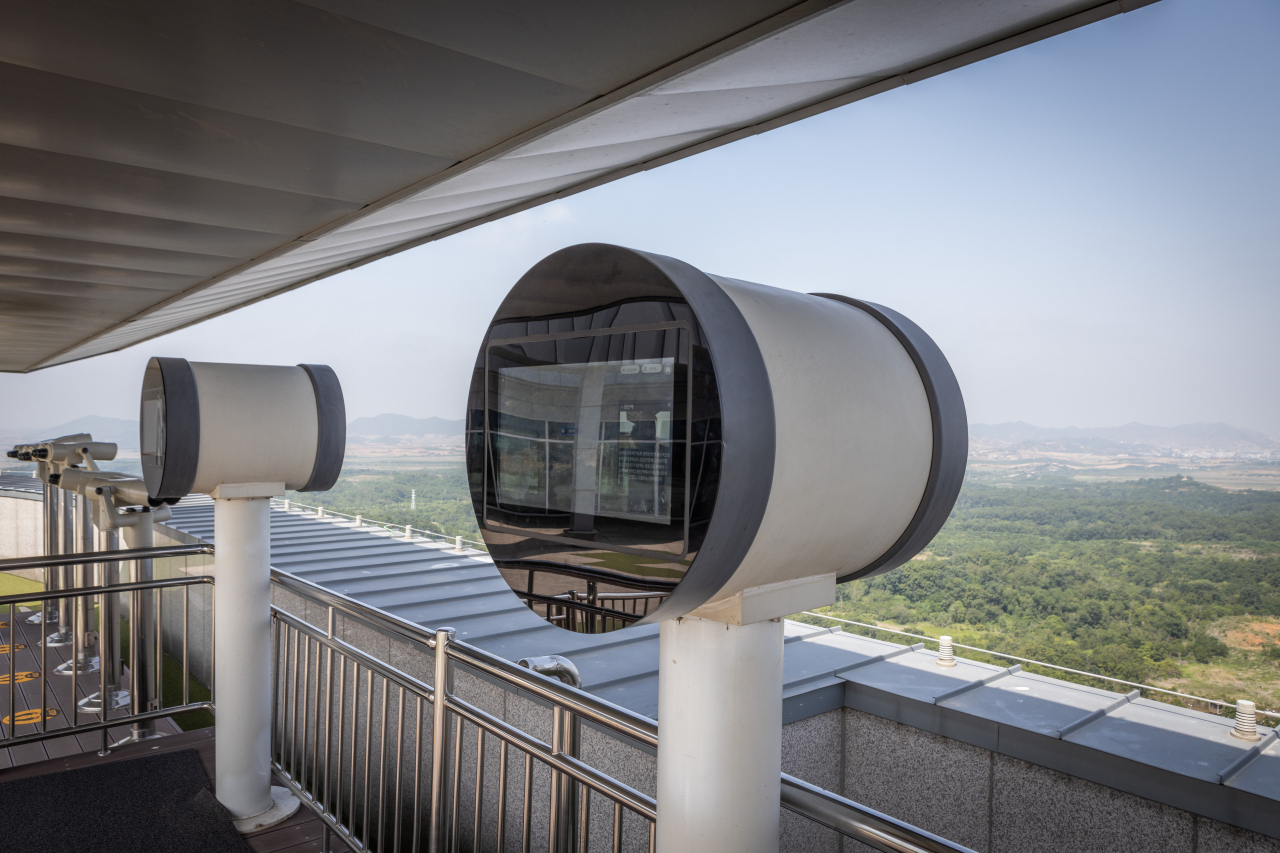 The telescope installed at the Dora Observatory in Paju, Gyeonggi Province. The Dora Observatory's XR Telescope shows the Demilitarized Zone (DMZ) on the western front and the Gaesong Industrial Complex. (Yonhap)

Tours to the inter-Korean truce village of Panmunjom will resume after months of suspension caused by COVID-19, the UN Command (UNC) said Thursday.

The UNC said it decided to restart the tours to the Joint Security Area in the Demilitarized Zone (DMZ) separating the two Koreas, in line with the South Korean government's continued easing of antivirus restrictions. It did not specify when the tours will resume.

The tours were last suspended in January due to a rise in infection cases.

As an enforcer of the armistice that halted the 1950-53 Korean War, the UNC oversees activities in the DMZ.

"The purpose of the UNC Commander's DMZ Education and Orientation Program is to increase public awareness of the security conditions on the Korean Peninsula and educate visitors on the terms of armistice that underpin peace and stability," the command said in a press release. (Yonhap)