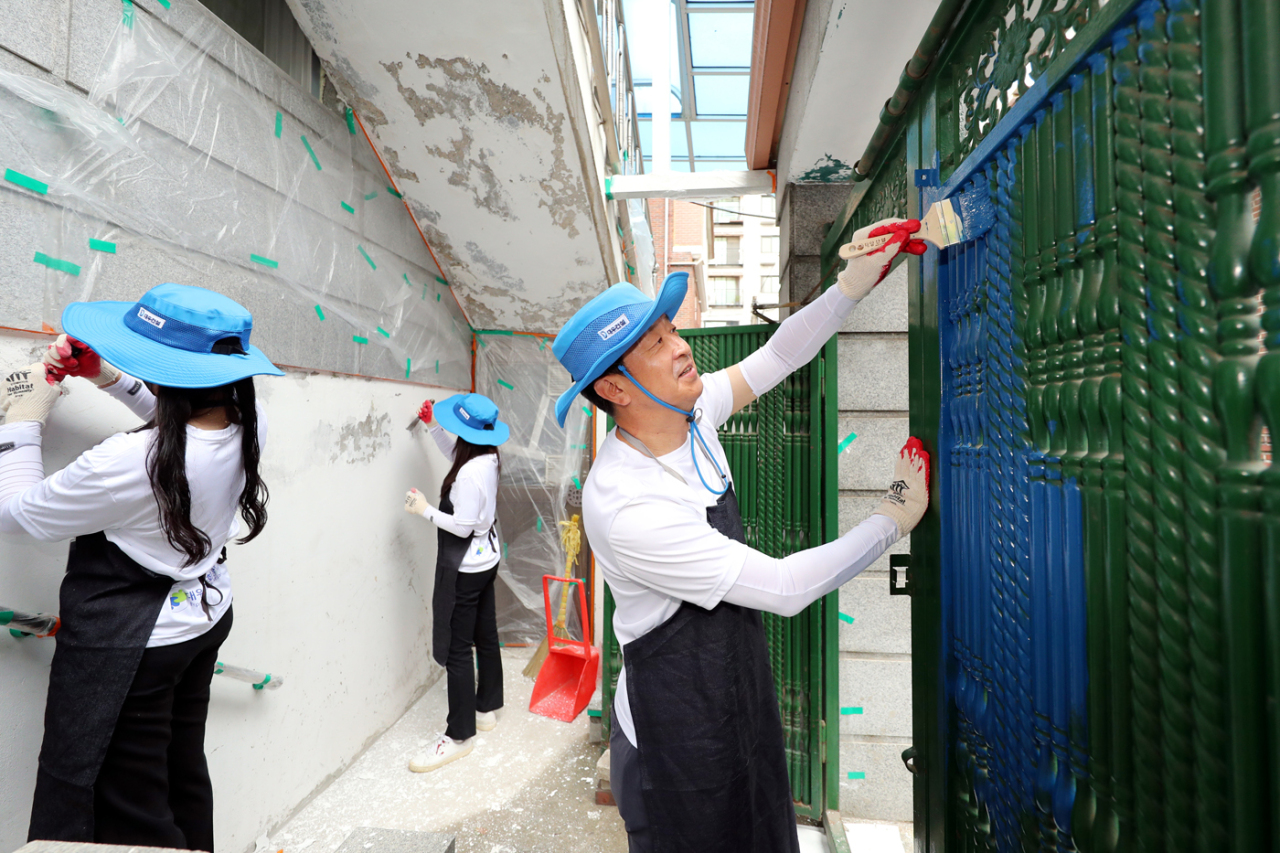 Daewoo E&C CEO Baek Jung-wan (right) and the company‘s new employees paint a door and the walls of a house where the relatives of an independence fighter live. (Daewoo E&C)
Construction company Daewoo Engineering & Construction said Wednesday that it has been participating in a community service project to improve the housing environment for descendants of independence fighters.

The construction company took part in the project — hosted by nonprofit volunteer organization Habitat for Humanity Korea — by donating 200 million won ($154,621) in February, and repairing seven homes belonging to the descendants of activists who fought against the 1919-1945 Japanese colonial rule of Korea.

The late Hong Ga-reuk fought against Japanese colonial forces in China before being arrested and jailed in Onyang, South Chungcheong Province, in 1935.

The construction company has been participating in home renovation projects for disadvantaged groups since 2001, as part of its “Fixing the House of Hope” campaign. It expanded its campaign in 2018 by partnering with Habitat for Humanity Korea to include descendants of independence fighters, and Vietnamese living in Korea.