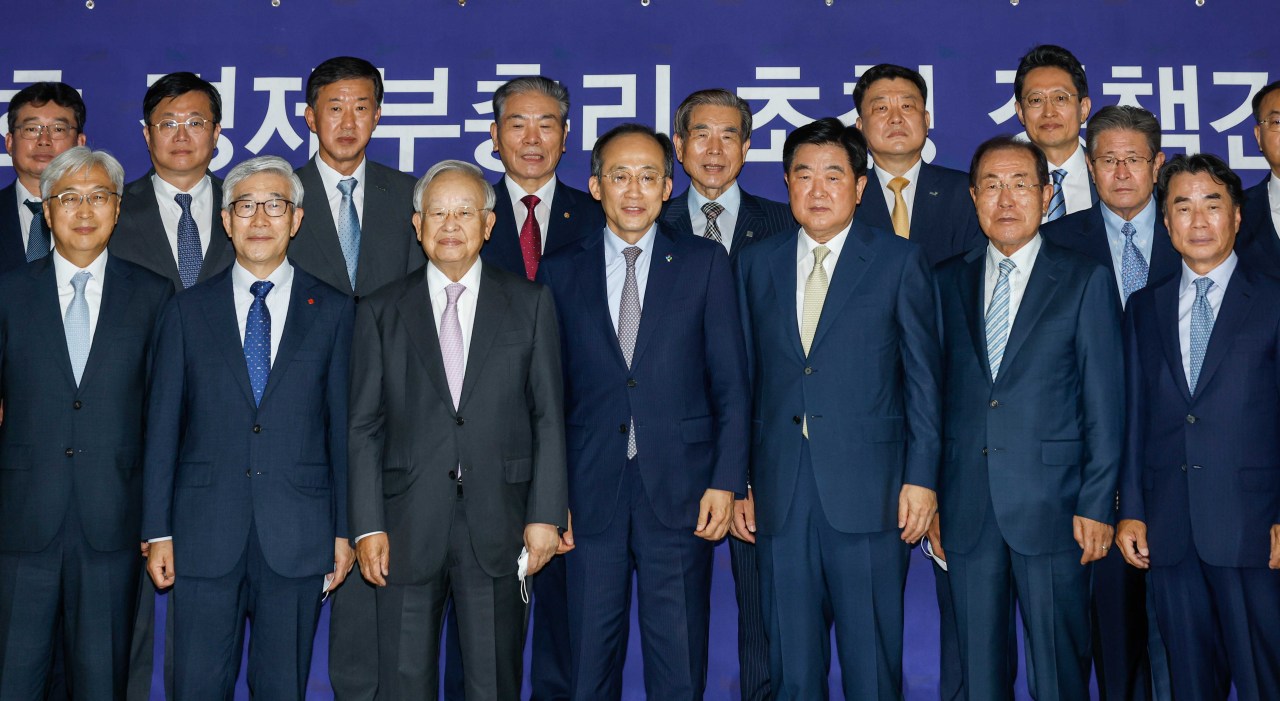 “There have been drastic pay raises in the information technology-oriented firms and some conglomerates,” Choo said. “Signs show that such trend is poised to spread to other industries and businesses.”

He said some conglomerates have been in competition to offer pay raises to a high extent to secure high-skilled manpower.

“But excessive pay raises will aggravate inflation,” he said. “This could also possibly expand social conflicts by widening the salary gap between conglomerates and small and midsized enterprises.”

Simultaneously, it would also not be easy for businesses to maintain competiveness under high payment and high costs, he added.

While the wage level should be determined voluntarily through talks between labor and management, it would be desirable if the business sector carries out a wage hike within an optimum range in consideration of the current difficulties in the economy, he said.

“Though the government is prioritizing stabilization of consumer prices in its economic policies and mobilizing any possible countermeasures, there is a limit in (taming high inflation) if the measures are pushed for by the government only. It is time for the business sector, the labor sector and people to take concerted efforts to overcome the difficulties,” he said.

KEF Chairman Sohn said he had already asked member companies with high wage levels to restrain from any further excessive pay raises after holding a relevant meeting with public officials in April. “Instead, (we) called on the members to improve labor conditions of subcontractors and expand hiring of young job seekers,” he said.

Sohn also promised that businesses would closely cooperate with the government on resolving the widening disparity in salaries between conglomerates and SMEs.

Meanwhile, Sohn asked the government to conduct drastic deregulations, labor reforms including of employment terms for contract workers and taxation reforms including a cut in the maximum rate of inheritance tax.

Among the participants in the meeting were Samsung Electronics President Rhee In-yong and Hyundai Motor Vice President Chung Sang-bin.

“Given that hikes in price tags and wages could bring about a vicious circle in inflationary pressure, (the government would like to ask you) to internally curb factors for (consumer) price growth,” he said during a meeting leaders from six business lobbies.

Instead, the minister had promised to support businesses with a variety of benefits, such as tax cuts and state-led fiscal funding, to ease their growing burden on production costs.

The nation’s consumer prices growth marked 5.4 percent in May on-year, after continuously climbing earlier this year -- 3.6 percent in January, 3.7 percent in February, 4.1 percent in March and 4.8 percent in April.

Spiraling prices across sectors, particularly of gasoline and diesel, are posing a huge burden on ordinary households.