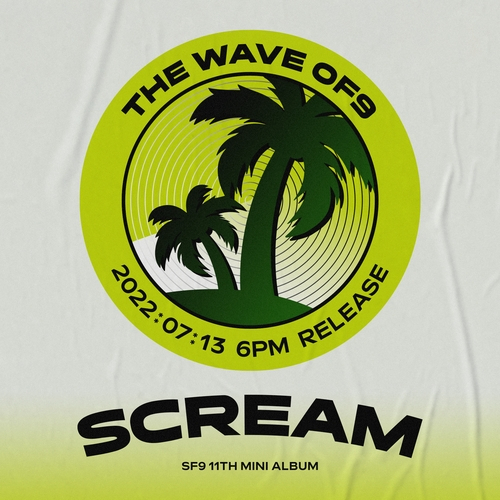 The band's 11th EP titled "The Wave OF9" will hit music stores on July 13, FNC Entertainment said. It will be the first release from the group since its 10th EP "Rumination" out in November.

Leading the album will be "Scream," a song full of summer vibes.

The group debuted in October 2016 with nine members and has gained popularity for its hits such as "Good Guy" and "Summer Breeze."

It, however, will return as a six-member group this time as members Inseong and Youngbin are currently carrying out their mandatory military duties. On Friday, FNC Entertainment said member Rowoon will also be absent from the group's upcoming comeback because the timing of the group's preparations for its new album conflicted with filming for his drama. (Yonhap)