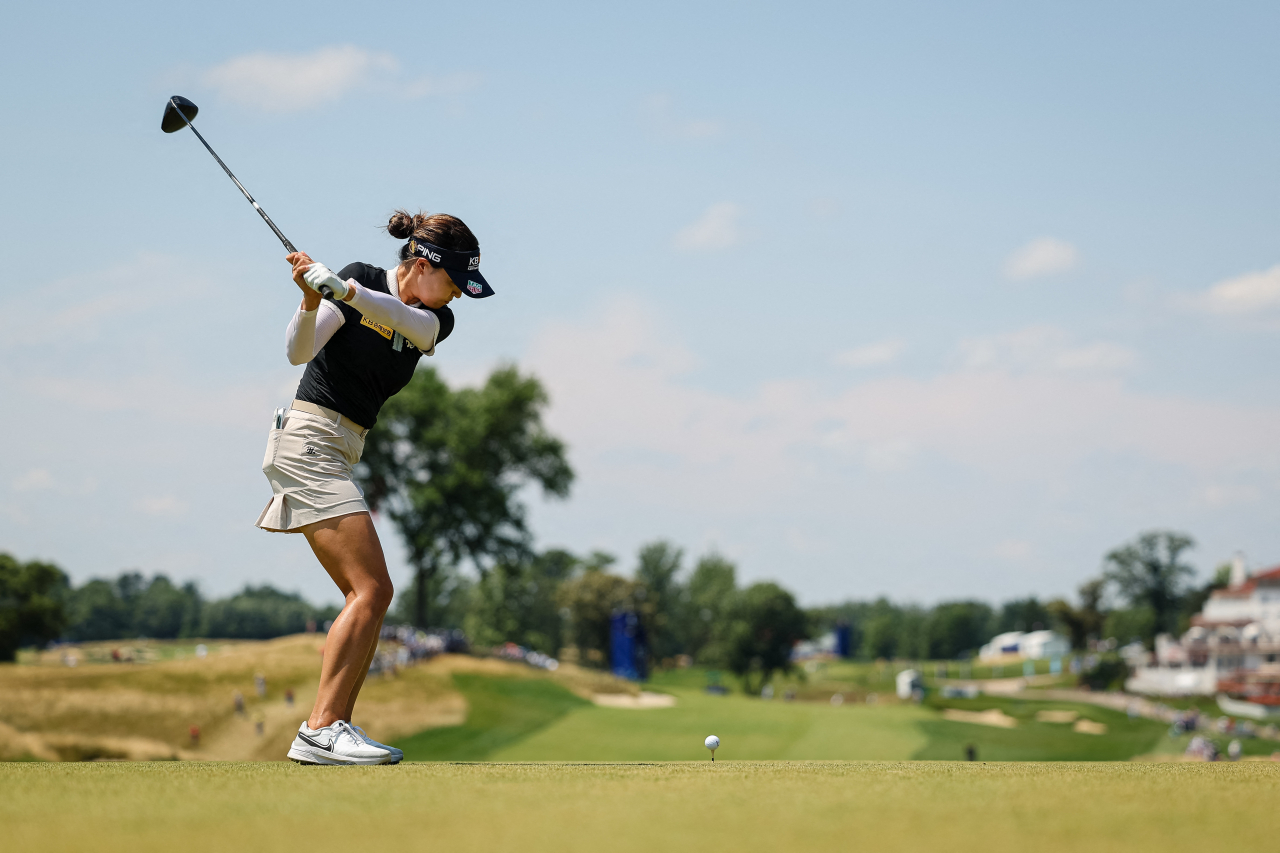 In this Getty Images photo, Chun In-gee of South Korea tees off on the 15th hole during the final round of the KPMG Women's PGA Championship at the Congressional Country Club's Blue Course in Bethesda, Maryland, on Sunday. (Yonhap)

Fresh off her third career LPGA major title, South Korean golfer Chun In-gee has soared to No. 12 in the latest world rankings.

That's Chun's highest position this season, and her first appearance inside the top 20 since February 2019. Chun started the 2022 season ranked 35th.

Chun held off Minjee Lee of Australia and Lexi Thompson of the United States by one stroke to win the Women's PGA Championship on Sunday at the Congressional Country Club. It was Chun's fourth career win and third major, and her first LPGA win of any kind since October 2019.

Another South Korean player, Ko Jin-young, stayed at No. 1. She has been the top-ranked female golfer since Jan. 31.