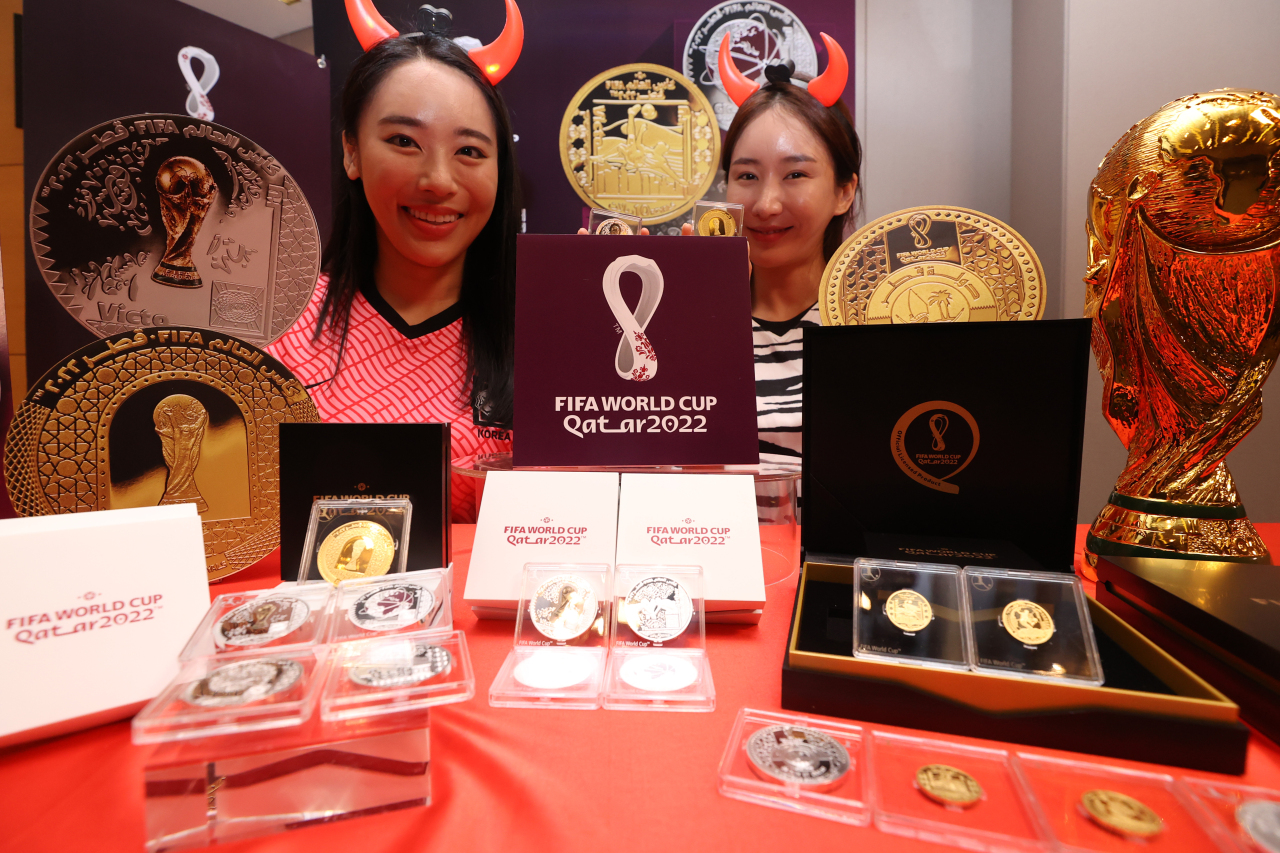 (Yonhap)
The official commemorative coins issued by the Qatar Central Bank to celebrate the 2022 Qatar World Cup were showcased in Seoul on the sidelines of a ceremony held to launch limited edition medals to commemorate the Korea-Japan World Cup held 20 years ago. A set of 24 gold and silver legal tender coins were released by the Middle Eastern country last month as part of FIFA‘s Official Host Country Coin Program, in collaboration with MDM Deutsche Muenzhandelsgesellschaft, FIFA’s official license holder for coins. The 2022 Qatar World Cup, which kicks off in November, is the first World Cup to be held in an Arab country.