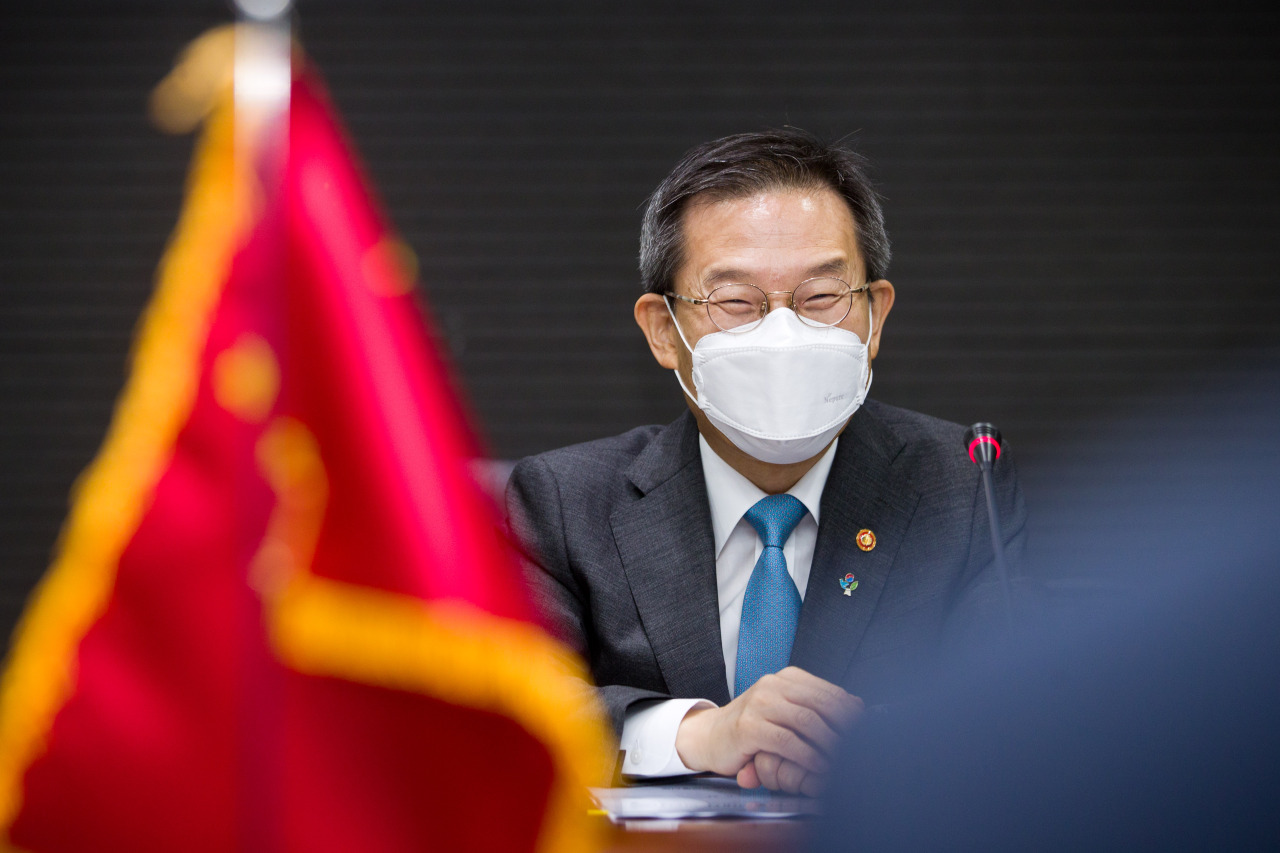 Science Minister Lee Jong-ho is seen during his meeting with Xing Haiming, Chinese ambassador to South Korea, on Friday. (Yonhap)
The South Korean government on Monday announced a five-year plan to spend a combined 1.02 trillion won ($794.8 million) in semiconductor chip research and development to maintain its competitive edge in the global chip market.

The spending package in the country, home to memory chip powerhouses Samsung Electronics and SK hynix, is aimed at securing a stronger footing in the field of artificial intelligence chips, mainly by developing libraries and compiler software to encourage wider usage of domestically-produced AI chips.

The government will also support feasibility studies for AI chips and endorse collaborative research projects with counterparts in the United States.

The Science Ministry said the nation‘s focus on next generation AI computing chips, such as neural processing unit and processing-in-memory chips, will allow the country to take over the fledgling AI computing technology market at an early stage.

In line with the spending plan, the government pledged to encourage Korea to employ domestically produced AI chips in data centers, AI services and smart city infrastructure starting in 2023.

“AI chips will see a boost in economic and industrial value in the wake of digital transformation, and Korea has the potential to dominate the world’s industry given its competitive edge in the memory chip industry and foundry business,” Science Minister Lee Jong-ho said in a statement.

Also, the government looks to create some 7,000 chip experts in the country and nurture a stronger industry-academia collaboration involving fabless companies that design integrated circuits.

According to the Science Ministry, the four companies are among Korean chip designers that are working to commercialize AI chips in the global market, where US chip giant Nvidia looks to dominate with so-called “neuromorphic” chips.

The plan was announced by Science Minister Lee, a semiconductor pundit, in a meeting with domestic chip industry players held at the Korea Advanced Institute of Science and Technology in Daejeon.

This was against the backdrop Korean processor makers’ sluggish growth on the global stage, including Samsung Electronics. According to the government, Korean players account for 3 percent of the entire processor chip industry.

Also on Monday, Lee said the processing-in-memory, or PIM, chip standard could ultimately take the place of the neural processing unit standard, calling PIM semiconductors an “unexplored” area that gives Korea the opportunity to “grasp technological sovereignty,” at the opening ceremony for the PIM Semiconductor Design and Research Center at KAIST. 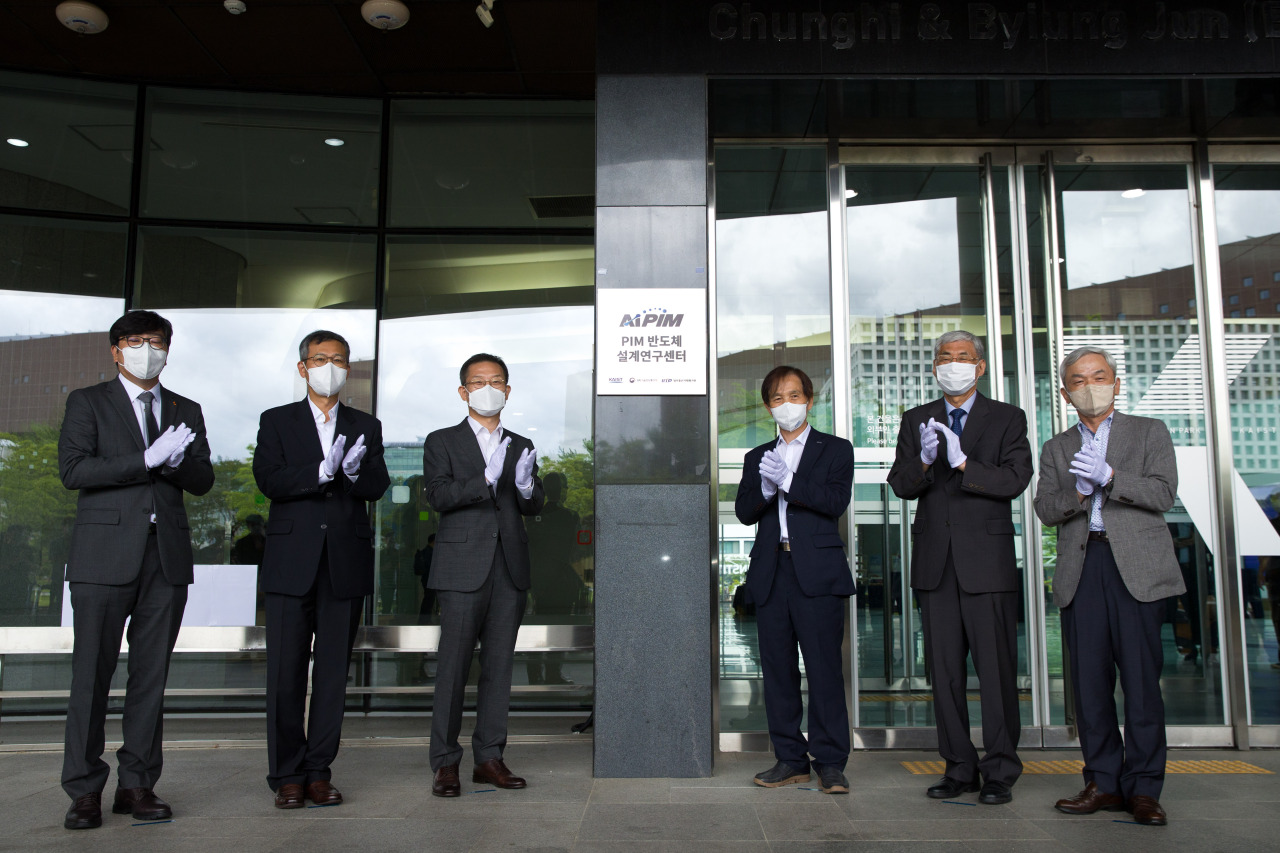