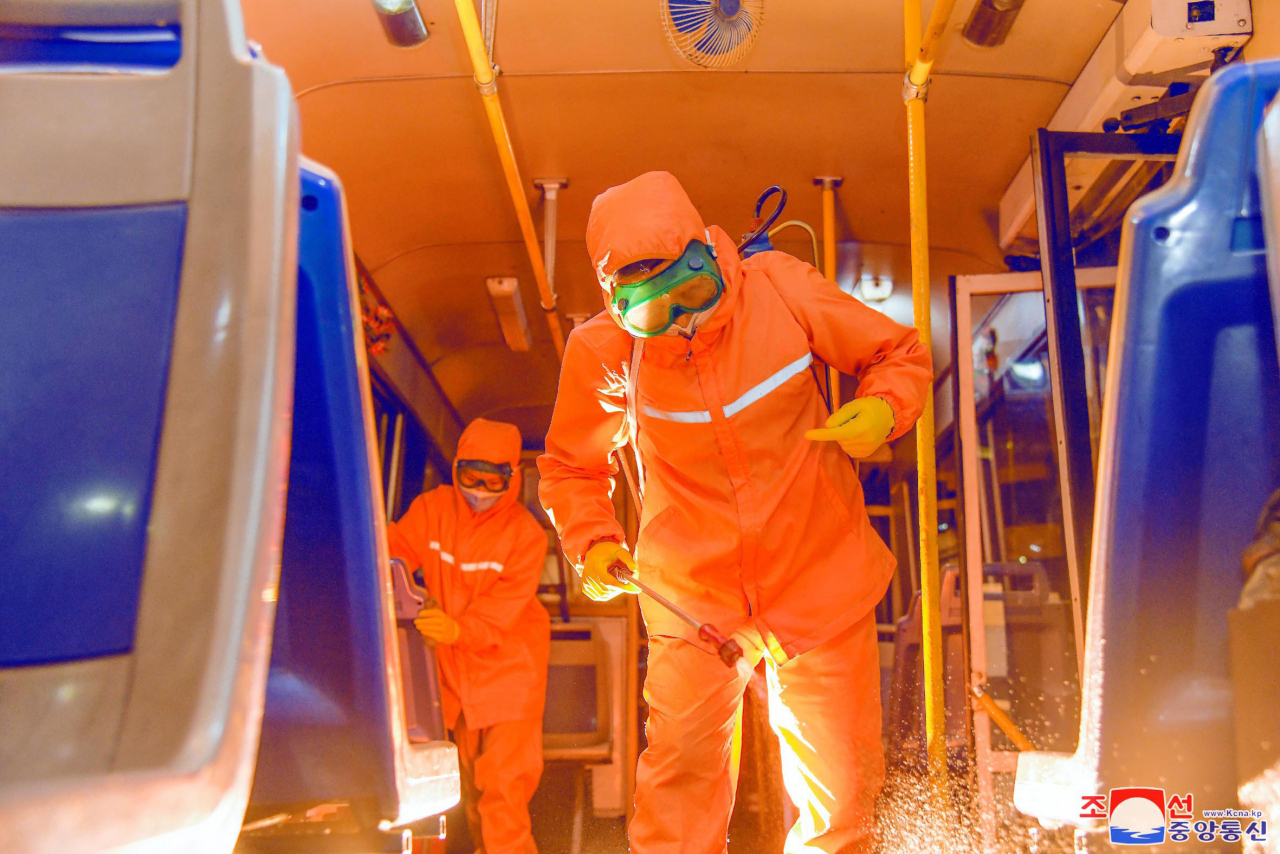 This file photo, released by North Korea's official Korean Central News Agency on June 4, 2022, shows workers sterilizing the inside of a train in Pyongyang. (Yonhap)

The total number of fever cases since late April came to over 4.72 million as of 6 p.m. Sunday, of which more than 4.7 million have recovered and at least 13,840 are being treated, it added.