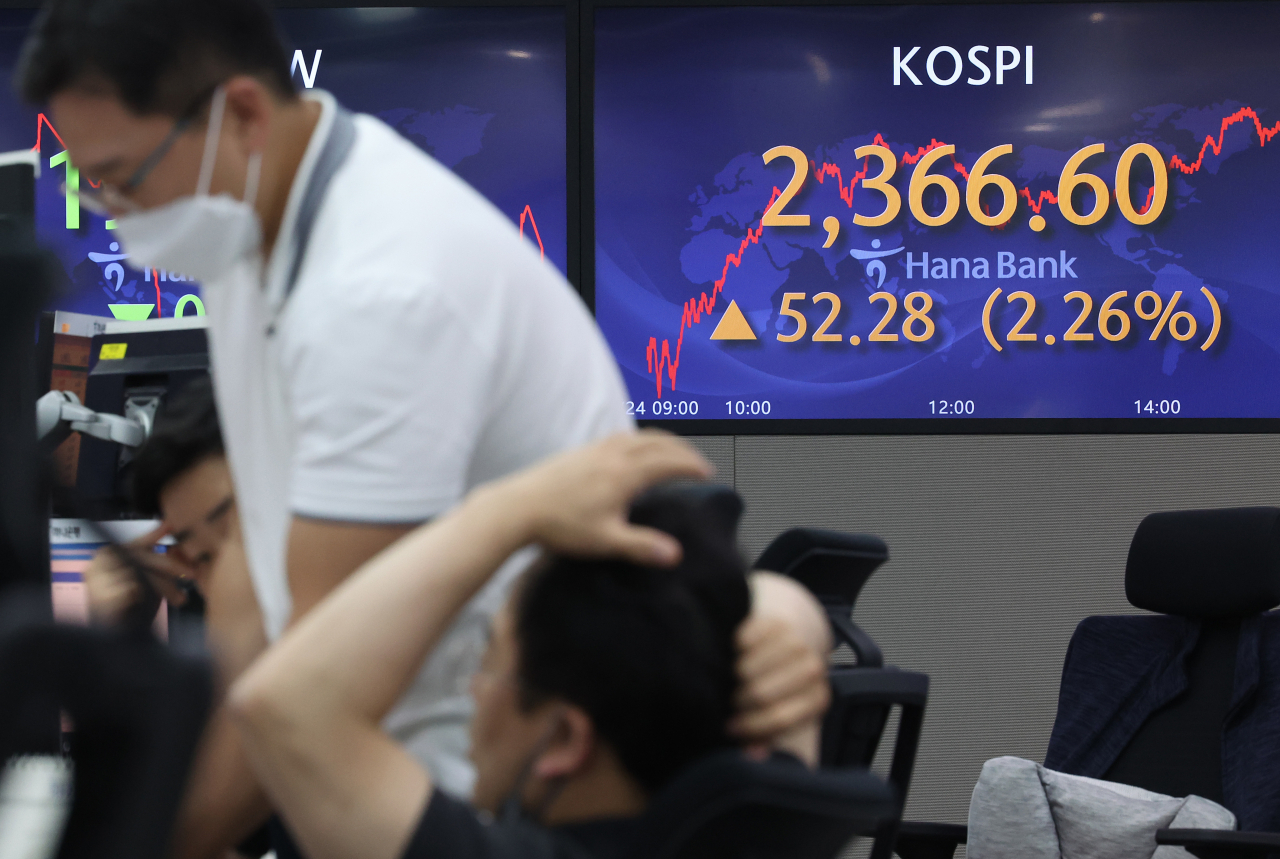 South Korean stocks rebounded sharply on Friday from a 19-month low the previous session amid growing concerns about a recession. The local currency rose against the US dollar.

Institutions bought a net 640 billion won, while foreign and retail investors offloaded a net 35.4 billion won and 625 billion won worth of shares, respectively.

"The KOSPI has declined much more compared with overseas markets this year, but the Korean market is still attractive in terms of valuation given companies' firm fundamentals," Lee Jong-bin, an analyst with Meritz Securities Co., said. "But Friday's rally is a dead cat bounce."

Overnight, the US stock market inched up on the second day of Federal Reserve Chair Jerome Powell's testimony before Congress, during which he reaffirmed the central bank's commitment to bringing down high-flying inflation.

The Fed raised its policy rate by 0.75 percentage point last week to tame inflation that is running at a 40-year high.

The local currency ended at 1,298.20 won against the US dollar, up 3.6 won from the previous session's close at a 13-year low to the greenback. (Yonhap)