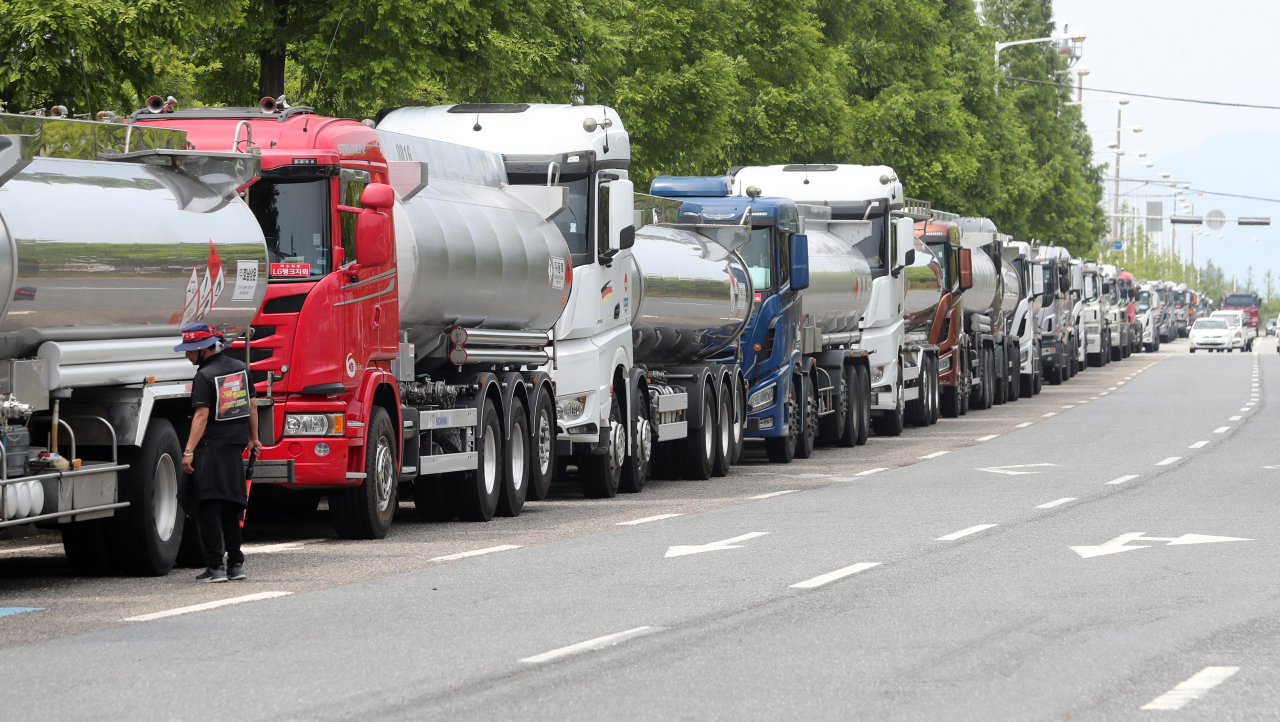 South Korea's trade deficit is expected to widen this month compared with a month earlier due mainly to fewer working days and a trucker strike, the finance ministry said Friday.

The country had national holidays for the June 1 local elections and Memorial Day on June 6, and truckers staged a weeklong strike over a minimum wage scheme and other state supports earlier this month, disrupting and delaying production and outbound shipping.

During the first 20 days of this month, the country's exports fell 3.4 percent from a year earlier, while imports jumped 21.1 percent, leading to a trade deficit of $7.64 billion, according to the data from the Korea Customs Service.

In May, exports grew 21.3 percent on-year to $61.52 billion on solid demand for chips and petroleum products, but imports jumped 32 percent to $63.22 billion, resulting in a trade deficit of $1.71 billion, data showed.

"Exports have slowed due to some one-off factors, and the trade deficit is expected to further widen this month," Deputy Finance Minister Bang Ki-seon said during an emergency vice ministerial meeting on the economy.

"But we kept up the momentum, as exports have shown a fast recovery by logging a double-digit on-year growth per day on average since the end of the strike," he added.

Exports have posted double-digit growth for 15 months in a row through May, though the country suffered a trade deficit in April and May over high energy prices, according to the industry ministry. (Yonhap)