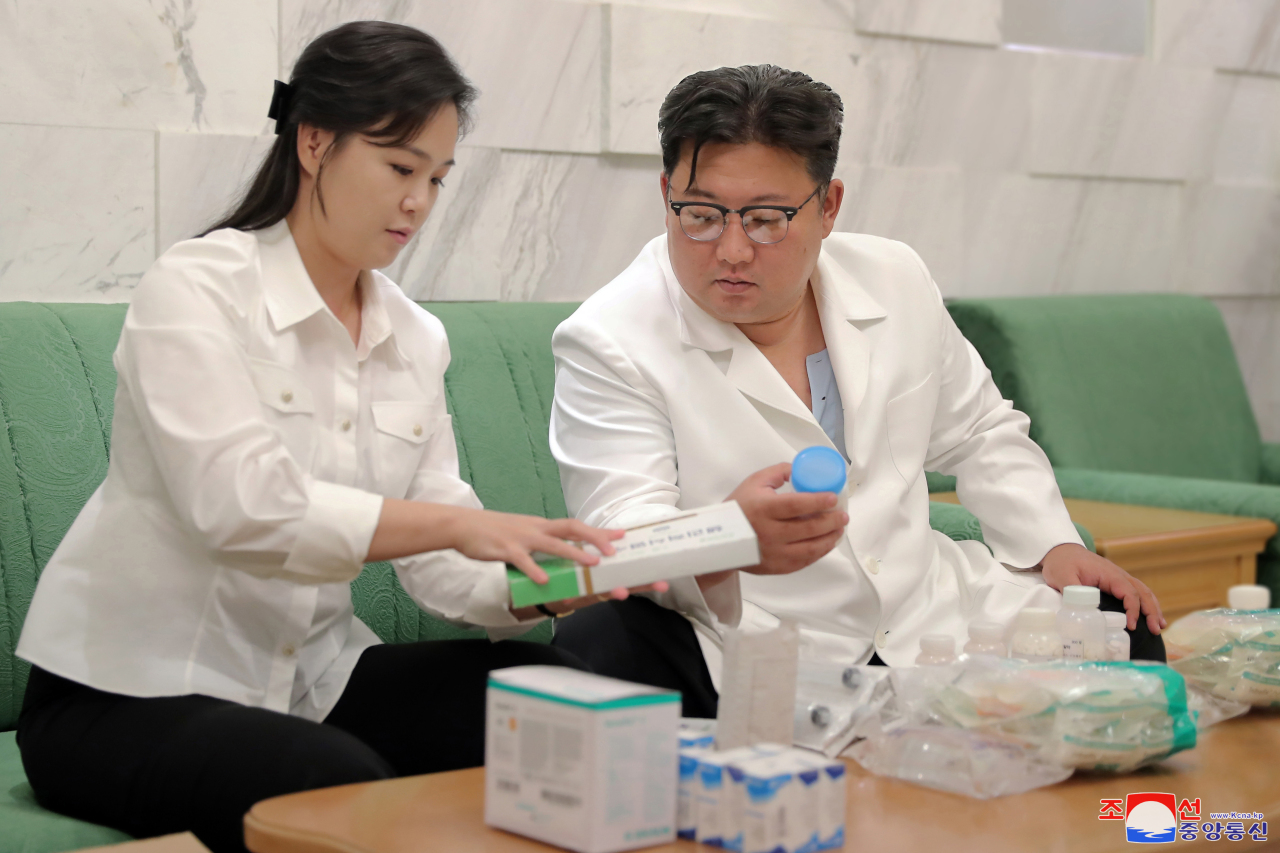 The forum was co-organized by the Korean Sharing Movement and other organizations in the health care sector including the Korea Medical Association.

Counting from late April, North Korea’s cumulative “fever” cases are 4,685,560, while deaths are just 73, according to its state media reports. Thursday marks 42 days since North Korea acknowledged a COVID-19 outbreak for the first time. 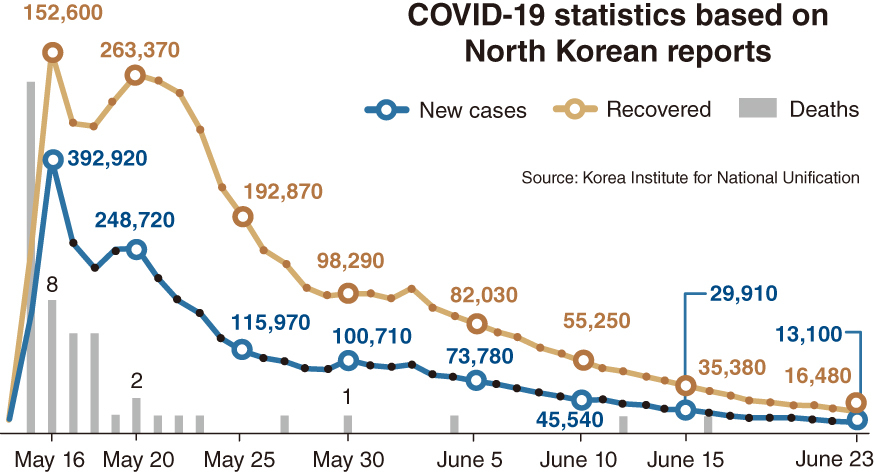 North Korea’s official figures, which are likely vastly underreported, defy a typical COVID-19 trajectory. For one thing, its highest one-day death count to date was eight logged on May 14, a day after cases were announced for the first time, Dr. Oh Ju-hwan pointed out.

“If we were to take North Korea’s numbers at face value, their infections relative to population size are just 60 percent of ours, and their deaths one-thirtieth of ours,” said Oh, a professor of international and public health policy at Seoul National University. North Korea’s reported fatality rate stands at 12 deaths per 100,000 people, which compares with South Korea’s 370.

“It’s not plausible for deaths to peak only a day after the first cases. North Korea experts say the downward slope of their peak is believable, but what appears to be missing are the weeks leading up to that peak, or the ascending part of the curve,” he said.

Assuming that North Korea’s curve is more or less symmetrical before and after the peak, the true incidence of infections there could be double the numbers they’ve admitted, according to Oh.

“In that case, 32 percent -- not 16 percent as reported by North Korean authorities -- of their population can be thought to have been infected, which makes their case rate close to South Korea’s 36 percent,” he said. “Which, if accurate, would be quite impressive since they don’t have vaccines.”

“If that were the case, their peak one-day death count would have been 800 instead of eight. In the past couple of months, there may have been a period where North Korea was seeing hundreds of deaths each day,” he said.

Adding to the 3,738,810 fever cases the proportion of COVID-19 infections that are unapparent, or without obvious symptoms like fever, their cases could total somewhere between 4 million to 8 million, according to Shin.

“Supposing actual cases are double the fever cases, a 0.6 percent case fatality rate would translate to 40,000 to 50,000 deaths. Some say the unvaccinated fatality rate is closer to 1 percent. In which case, there would have been 80,000 deaths,” he said. “And this is just up to May 31, when it’s certain no vaccination has taken place.”


How vulnerable is North Korea to future waves?

South Korea’s omicron surge did not die down until more than 30 percent of its population was infected. The respite from COVID-19 the country is seeing now is a result of the accumulation of “temporary immunity” in the population, said Oh of Seoul National University. “Temporary because immunity wanes over time,” he explained.

But just how much of the population became immune to slow omicron down -- at least for the time being? The herd immunity threshold for omicron suggests at least 90 percent.

This would mean the proportion of the South Korean population with COVID-19 immunity is believed to be roughly 90 percent, he said, illustrating this with what he called a “crude calculation.”

“Seeing as 90 percent of adults in South Korea are vaccinated, and vaccines are only 50 percent effective at preventing infection with omicron, around 45 percent are thought to retain immunity from vaccination,” he said. “Therefore, at least 45 percent must have natural immunity after recovery in order for 90 percent of the population to be immune.”

Considering 35 percent of the South Korean population acquired natural immunity after January this year, some 80 percent are thought to retain immunity either from vaccination or omicron infection. The remaining 10 percent would include people who still have immunity from a delta infection and people who have had an infection but did not confirm it with a test.

Under this premise, 90 percent of North Korea would have to become infected in order to be able to stall the outbreak from growing further, as the country has not officially initiated a vaccination campaign, Oh said. According to official figures, North Korea is still only 16 percent infected with outbreaks presumably limited to big cities like Pyongyang, leaving other more sparsely populated regions vulnerable.

“Again this is based on a very rough calculation,” he said.

Oh said he sees North Korea’s current outbreak going down the path of what happened with New Zealand’s second wave, which primarily unfolded in Auckland without impacting other parts of the country too much.

“If North Korea is able to restrict movement, areas outside the big cities could be spared. So their cities would have built up natural immunity but their rural areas would remain susceptible,” he said.

The unique edge North Korea has would be that the country is “practically an island,” and with the exception of a few cities, the rest of the country is sparsely populated, he said. “This is how I believe they might have been able to manage this wave without vaccines while avoiding mass deaths.”

But even if North Korea had Chinese vaccines, they would “achieve very little” in terms of curtailing the spread of new infections, he said. Inactivated vaccines like Sinovac and Sinopharm do not produce adequate immune response to counter omicron, according to an article in Nature from January, although the companies have since disputed these findings.

“The Chinese vaccines could reduce the incidence of severe infections to some degree. Still, it’s questionable whether they would be protective enough or exist in enough quantities to make a difference,” Shin said.