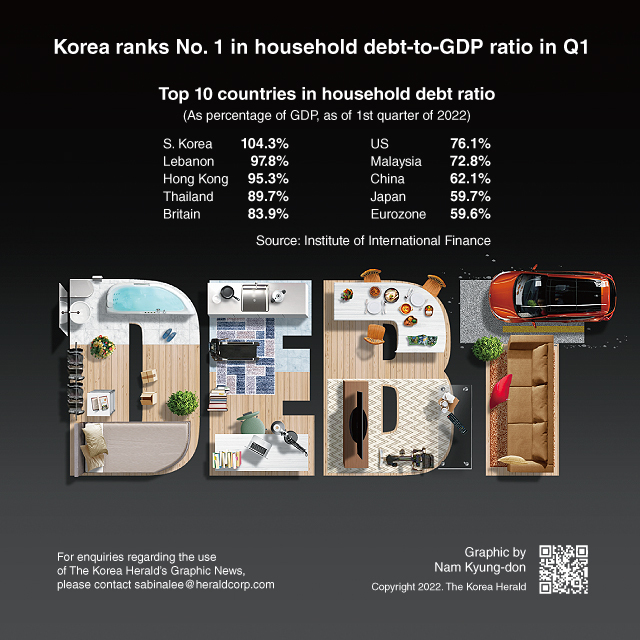 The country’s household debt-to-GDP ratio came to 104.3 percent in the January-March period, followed by Lebanon with 97.8 percent, Hong Kong with 95.3 percent, Thailand with 89.7 percent and Britain with 83.9 percent, according to data from the Institute of International Finance.

South Korea was the only country whose household debt exceeded its GDP among the 36 countries that include Japan, China, the United States and European Union.

Korea’s outstanding household lending stood at 1,752.7 trillion won at the end of March, down 1.5 trillion won from end-December, according to data from the Bank of Korea. (Yonhap)