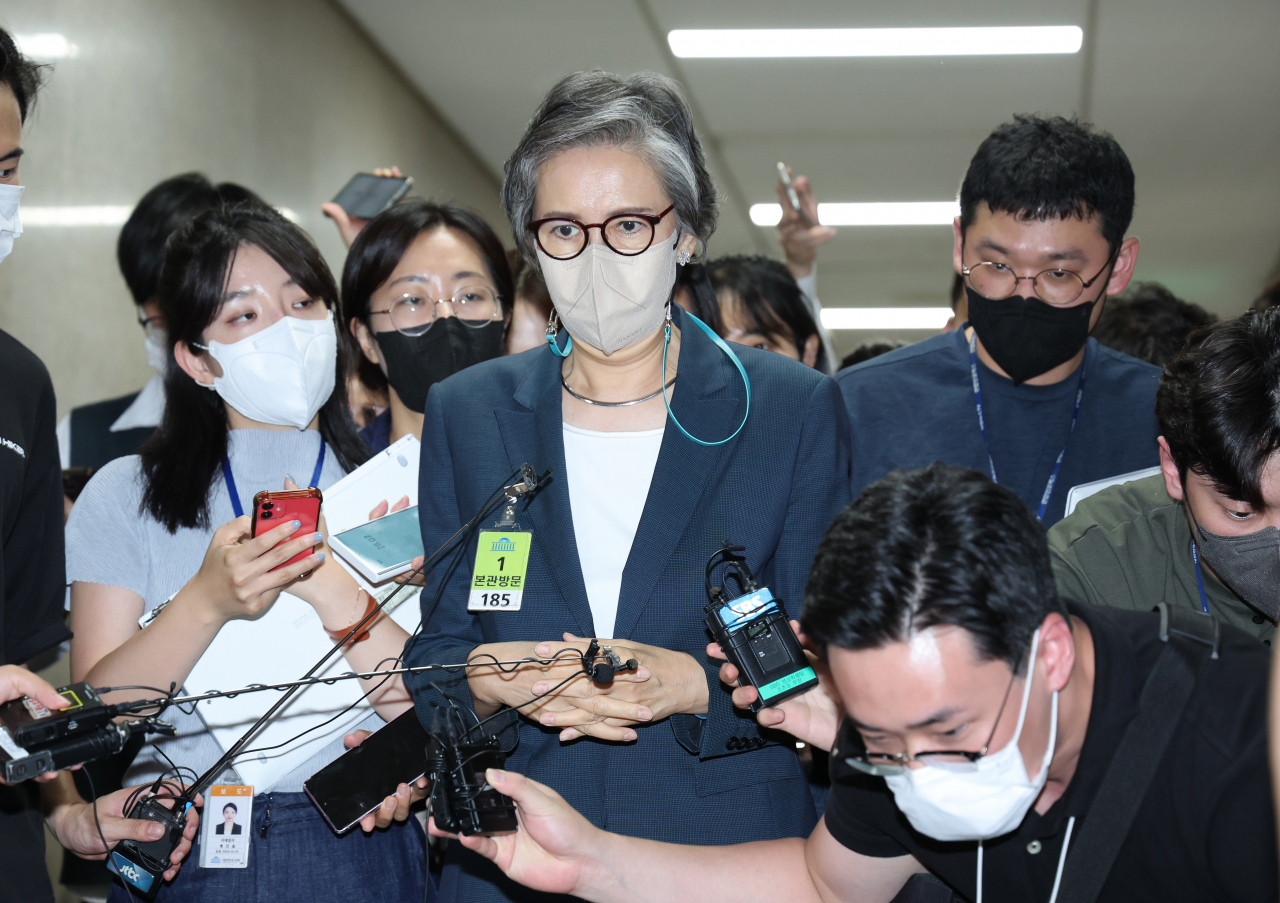 The ethics committee of the ruling People Power Party has deferred a decision until next month on whether to take disciplinary action against party chairman Lee Jun-seok over allegations he received sexual services as a bribe about 10 years ago and attempted to cover up the case.

The committee, however, decided at Wednesday's meeting to begin the process of reprimanding Kim Cheol-geun, a key aide to Lee, over allegations that he met with Lee's accuser earlier this year and attempted to silence him with a promise of investment.

That decision is seen as a precursor to the committee taking disciplinary action against Lee when it holds the next meeting on July 7. Any decision stronger than a warning could imperil Lee's political career a year after he took over the PPP chairmanship.

The allegations, first raised by a far right-wing YouTube channel in December, posit that Lee received sexual services paid for by a businessperson in 2013. At the time, Lee was considered close to then President Park Geun-hye because Park handpicked him for a seat at the party's collective leadership two years earlier.

The channel also accused Lee of promising an investment of 700 million won ($537,000) to an unidentified informant in return for testimony that there had been no sexual service. Police are currently investigating the case.

The scandal has persistently dogged Lee, who won the PPP chairmanship last year, becoming the first person in his 30s to take the helm of a major political party in South Korea. Lee could lose his chairmanship depending on what disciplinary action the committee takes.

Lee has claimed he is innocent, saying there was nothing to cover up and he had already filed a criminal complaint against the cast of the YouTube channel.

"I want to know why the process is being postponed when all members know the extension does not help the party at all," Lee said, adding that he wished to explain himself at Wednesday's meeting but was not granted entry.

It is the first time in PPP's history that a party chairman has been referred to the committee.

The types of disciplinary action the committee can take range from a warning to expulsion from the party.

Lee would be largely unaffected by the allegations if the committee takes the lightest disciplinary action of issuing a warning. But his chairmanship could be put in jeopardy if the committee decides to either suspend his party membership, recommend he quit the party or expel him. (Yonhap)