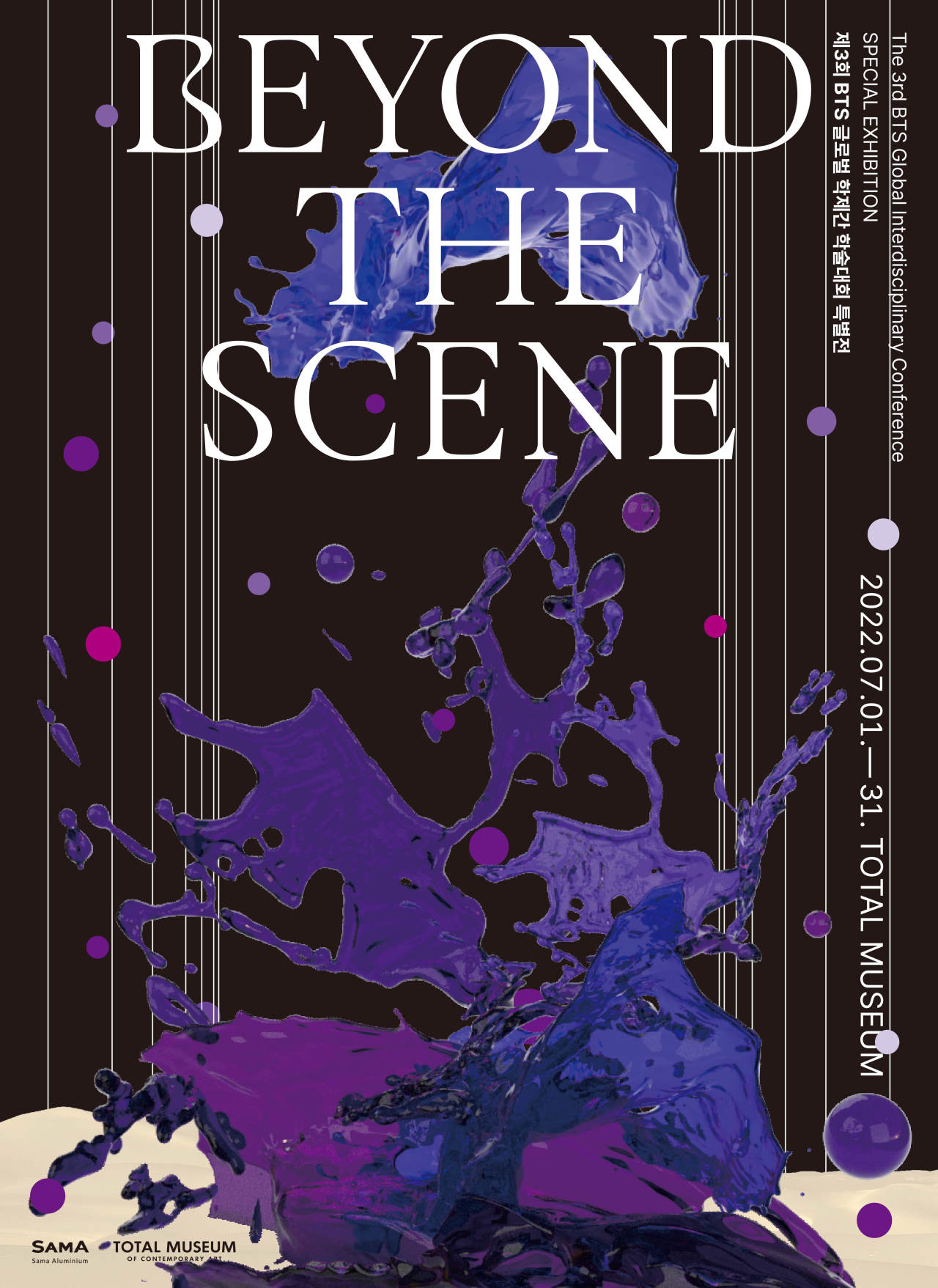 A poster image of the “Beyond the Scene” exhibition. (Total Museum)
Art by 22 fans of K-pop sensation BTS will be presented at the Total Museum of Contemporary Art in Jongno-gu, Seoul, from July 1 through July 30.

The museum said Monday that it would hold a special exhibition titled “Beyond the Scene” to coincide with the third BTS Global Interdisciplinary Conference, bringing the septet’s songs and messages to life.

The art gallery added that the band’s lyrics, album titles and excerpts from members’ speeches are the main inspirations for the event, serving as a bridge that connects modern art with BTS’ music. A total of 22 Korea-based artists will showcase their paintings and installations.

The exhibition’s title comes from the K-pop act’s English initials and the idea of using art to “see beyond what you can see.”

This year’s conference is co-hosted by the International Society for BTS Studies and the SEMIOSIS Research Center at Hankuk University of Foreign Studies under the theme of “The Post-Pandemic Era, Welcome to the New Humanity” from July 14-16.

Like BTS, Army members play a crucial role in spreading the group’s socially aware message, so the event aims to help communicate the meaning of their work, an official at Total Museum told The Korea Herald.

“The first and second conference was held in the UK and the US, respectively. Many artists are actually Army members, and since the third conference is being hosted in Korea, we took the opportunity to organize a special exhibition,” the official added.

“We are not only displaying art about BTS and the stories of each bandmate, but the exhibition delves into the messages behind their songs like the environment and the future. We’re trying to articulate these messages through contemporary art.”

Composer and conductor Henry Cheung penned “Suit for Army,” a piece of music dedicated to the band’s fanbase, which will be used as theme music during the exhibition.

A video piece explaining the band’s universe, made by Angela Pulvirenti, a YouTuber and a well-known Italian BTS fan, will also be unveiled.