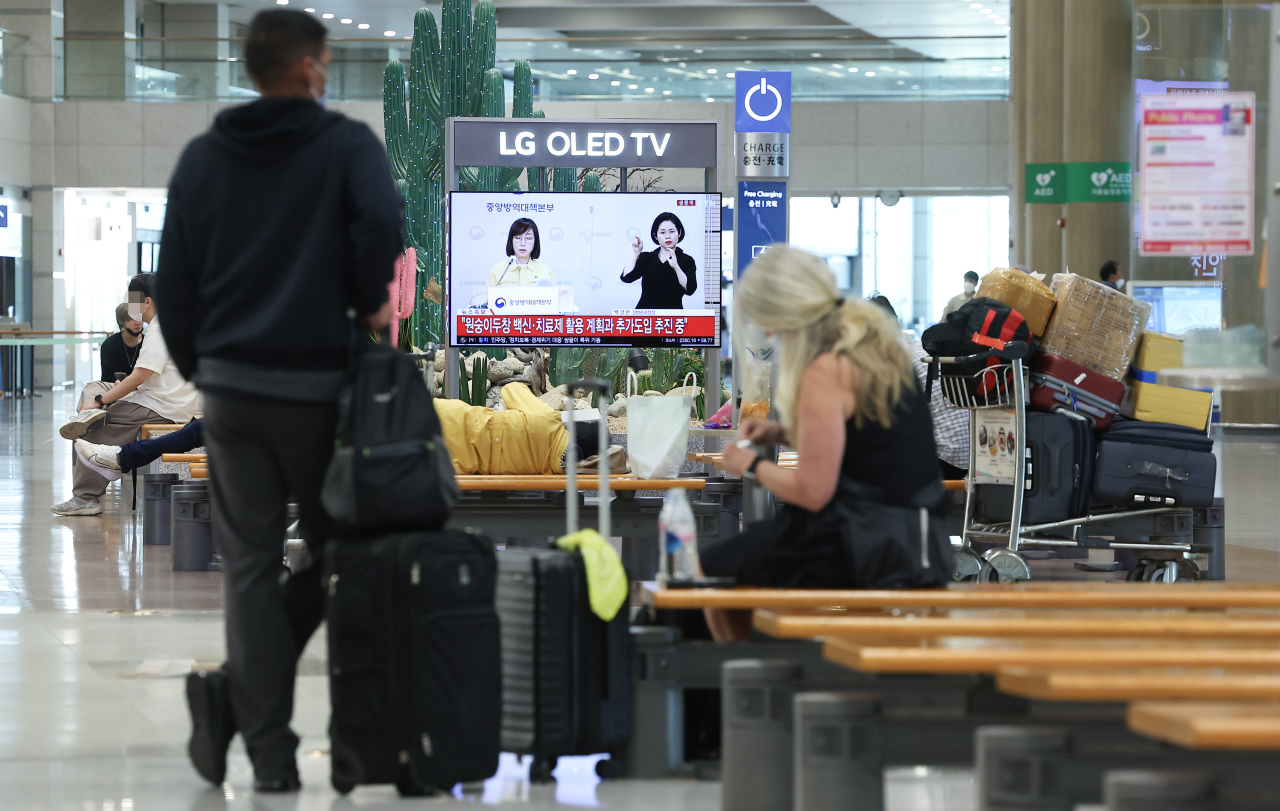 The patient had come from Germany on Tuesday afternoon, and was sent straight to the Incheon Medical Center nearby the airport for showing possible monkeypox symptoms, according to the Korea Disease Control and Prevention Agency.

His symptoms were a low-grade fever of 37 degrees Celsius, sore throat, fatigue and lesions around the body -- which he said began around the day of his departure.

Since he was quarantined upon arrival, no one has come into a “high-risk” close contact. Passengers who were seated close to him on the flight will be monitored for infection.

The patient is “so far in a stable condition” and isolated in a negative-pressure room, Dr. Cho Seung-yeun, the Incheon public hospital‘s director, told The Korea Herald.

Peck said vaccination against monkeypox will be offered to people who have been exposed or are at a high risk of exposure, if they are willing to receive it.

Post-travel quarantine requirement, which was completely removed as of June 8, will not be reinstated. Instead, arriving travelers will be asked to submit a health declaration form and report signs or symptoms of illness to local authorities or to the KDCA via its hotline, 1339.

Earlier this month, monkeypox was classified as being on the same threat status as COVID-19 in South Korea, making reporting and isolation mandatory.

Another possible patient, who displayed symptoms such as blisters and swollen lymph nodes, was found to be negative for monkeypox in a test result that came out Wednesday. The patient was admitted to a hospital in Busan a day after arrival on Tuesday morning.

The KDCA said the Busan patient made it through the airport screening process due to an absence of fever.

According to the KDCA, symptoms of monkeypox can include fever, headache, body ache, chills, fatigue, coughing, swollen lymph nodes and a rash resembling pimples or blisters. The incubation period can be as long as three weeks from the point of contact.

Monkeypox is known to be less transmissible than COVID-19, the KDCA said, spreading mainly through direct contact with bodily fluids or rashes on the body of a person with the infection.