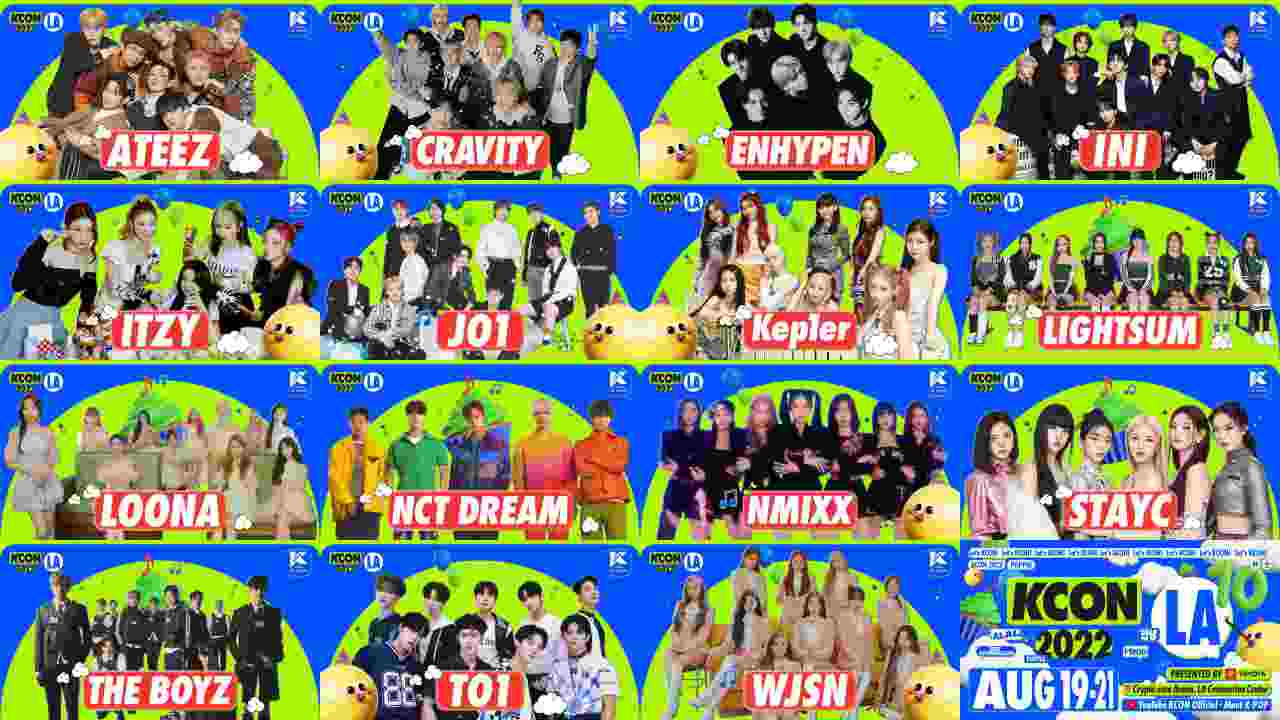 CJ ENM, the Korean entertainment conglomerate organizing KCON, revealed on Wednesday the lineup of performers to feature in the global K-pop event, slated to run from Aug. 19-21 at the Crypto.com Arena (previously the Staples Center) and the LA Convention Center.

The lineup is loaded with 15 of the most popular and aspiring groups, from million-selling boy band NCT Dream to newcomer girl group Nmixx. Also on the list are Ateez, Cravity, Enhypen, INI, Itzy, JO1, Kep1er, Lightsum, Loona, Stayc, The Boyz, TO1 and WJSN.

The KCON concert has long been considered a major opportunity for K-pop acts to make their global debut or present themselves to a larger international audience.

The first KCON was held in 2012 in California, with the aim of becoming the world’s top Korean culture convention. Since then, it has been held annually in different locations around the world, playing a key role in promoting Korean music, dramas, food and beauty overseas.

This year’s KCON will mark the first in-person event in three years due to the pandemic, during which the event had continued in its online format under the name KCON:TACT. Welcoming back live audiences and celebrating the festival’s 10th anniversary, CJ ENM is attempting its first online-offline hybrid version of KCON this year. Offline shows will be livestreamed simultaneously online. Fans will also be able to participate in various programs online as well.

Following the festival’s official kickoff in LA, KCON 2022 will continue in Tokyo in October.