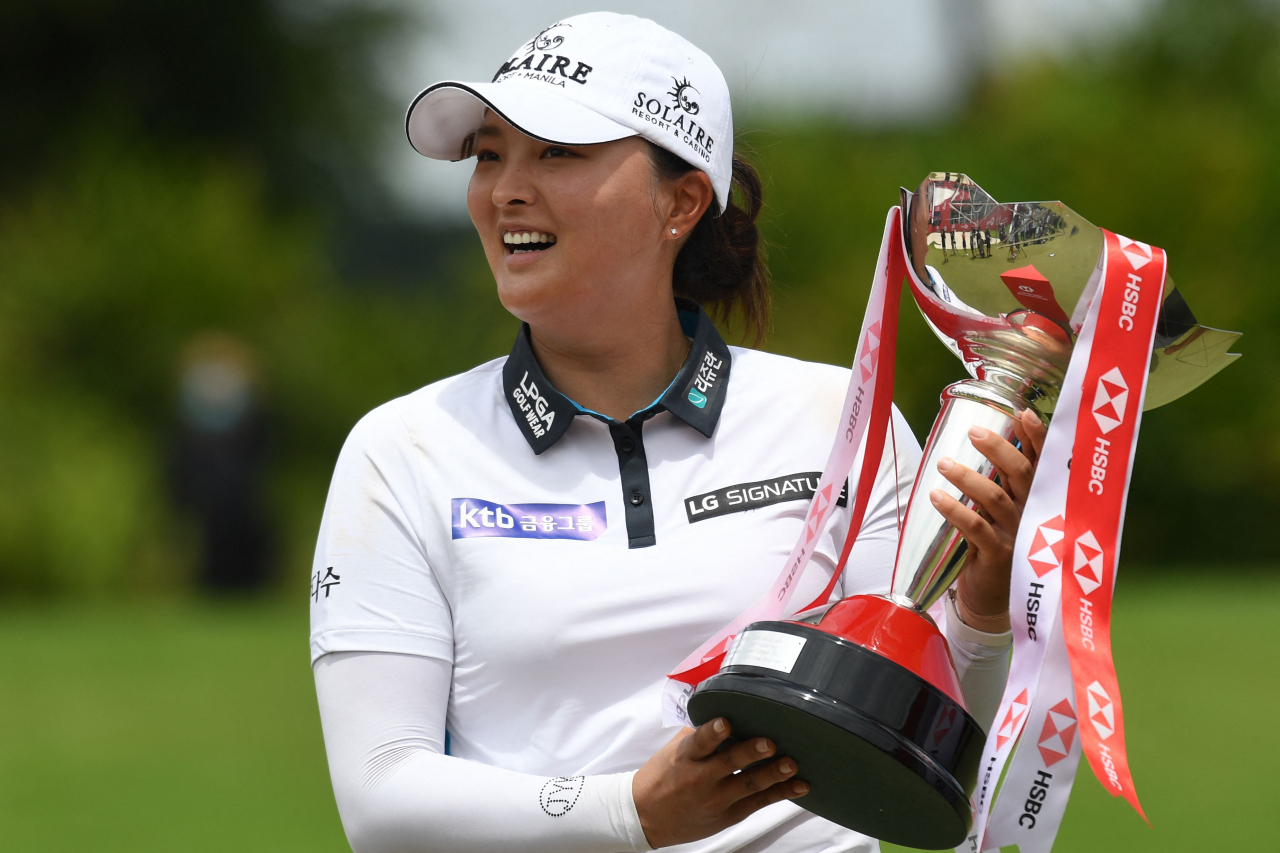 South Korean players' bid to snap a long winless skid at LPGA major championships will resume this week in Maryland, where the KPMG Women's PGA Championship will tee off Thursday.

The Congressional Country Club's Blue Course in Bethesda, Maryland, will host the third major tournament of the 2022 season.

The last South Korean champion of an LPGA major tournament is Kim A-lim from the 2020 U.S. Women's Open. Though the U.S. Women's Open is typically played in June, it was contested in December that year due to the COVID-19 pandemic.

World No. 1 Ko Jin-young will chase her third career major title. She ended alone in fourth at the U.S. Women's Open. She has had four top-10 finishes in eight tournaments so far, including a victory in her season debut at the HSBC Women's World Championship in March.

Park In-bee, world No. 11 and a three-time Women's PGA Champion, skipped the U.S. Women's Open while trying to get her game back on track. She returned to competition two weeks ago at the ShopRite LPGA Classic and tied for 15th but missed the cut the following week at the Meijer LPGA Classic for Simply Give.

The 2020 champion Kim Sei-young is also trying to return to form. She hasn't won since that major breakthrough two years ago. This year, Kim has recorded just one top-10 finish in seven starts and missed two cuts -- one more than all of 2021.

Ko, Kim Hyo-joo and Ji Eun-hee are the three South Korean winners on the tour so far in 2022. While Ko has stayed at the top of the world rankings, Kim and Ji haven't exactly set the tour on fire.

Since winning the LOTTE Championship in April, Kim has only played in three tournaments, missing the cut at one event and finishing well out of contention at the two others.

Ji won the Bank of Hope LPGA Match-Play in May, but she has yet to make much noise in stroke-play tournaments.

Choi Hye-jin, who is in the thick of the battle for the Rookie of the Year honor, will go after her first career LPGA win. She has posted six top-10s already this season, tied for first place in that category on the tour.

Choi has earned 657 points so far to rank second in the Rookie of the Year points race, 43 points behind Atthaya Thitikul of Thailand.

Rookies collect points based on their final positions at each tournament. A regular tournament victory is worth 150 points, followed by 80 points for a runner-up showing and so forth. Points are doubled at major championships. (Yonhap)