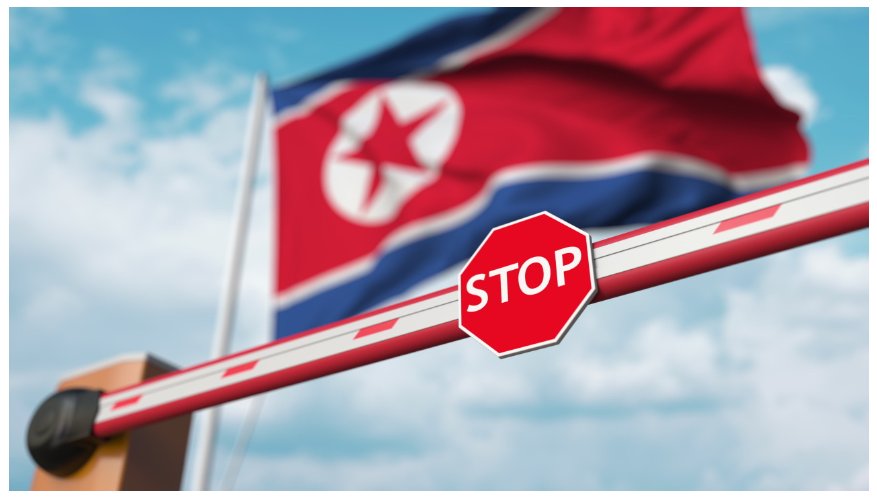 North Korean flag (123rf)
With North Korea expected to conduct a nuclear test, Seoul has raised the possibility of imposing sanctions independent of the international community to respond to the potential security threat.

However, while sanctions are the only way to “directly” pressure Pyongyang for posing security threats, such a move by Seoul would be largely symbolic, experts say, as the border between the two Koreas has been closed for years.

Last week, South Korean Foreign Minister Park Jin said the government is considering levying its own sanctions against the North in case the regime carries out what would be its seventh nuclear test.

Meeting in person for the first time with US Secretary of State Antony Blinken in Washington on May 13, Park also said he agreed to strongly push for a new resolution aimed at toughening international sanctions against Pyongyang at the United Nations Security Council in case of a nuclear test from the North.

If Pyongyang carries out the expected nuclear test, and Seoul introduces unilateral sanctions, it would be the first since December 2017.

At that time, the Moon Jae-in administration blacklisted 18 North Koreans involved in the development of weapons of mass destruction in November, and added another 12 figures and 20 North Korean entities, including financial institutes and shipping companies, in December that year.

In the wake of the COVID-19 pandemic, however, Seoul’s strengthening of its own sanctions against Pyongyang is unlikely to have a big impact, as the North has had closed borders for over two years in an effort to prevent the spread of the virus, analysts say.

“South Korea’s unilateral sanctions would be symbolic, but it would be difficult to cause much damage (to the North). There should have been some exchange with the North, but it has been more than two years since the regime closed its borders (due to COVID-19),” Park Won-gon, a professor of North Korean Studies at Ewha Womans University, told The Korea Herald.

According to Korea Trade-Investment Promotion Agency, North Korea’s biggest trading partner is China, accounting for over 88 percent of the regime’s entire overseas trade in 2020. Other partners include Russia, Vietnam and India, but they take less than 1 percent combined. 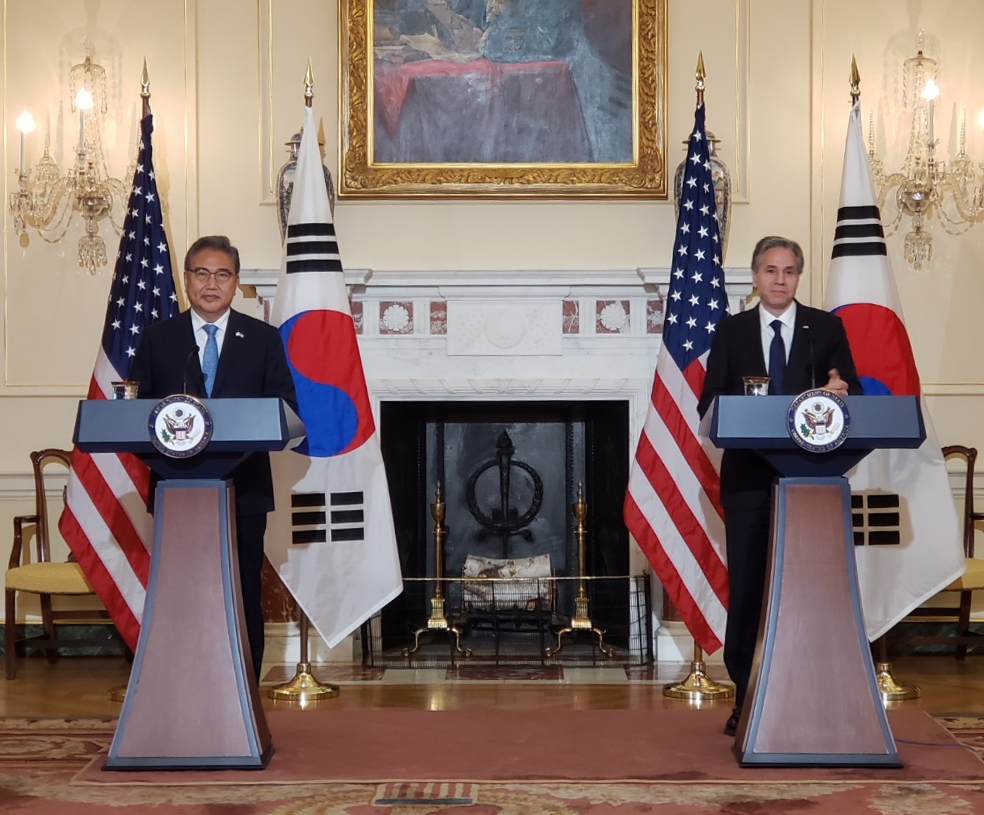 South Korean Foreign Minister Park Jin (left) and his US counterpart, Antony Blinken, hold a news conference after their talks in Washington on June 13. (Yonhap)
Hong Min, a senior researcher at the Korea Institute for National Unification’s North Korea research division, also said Seoul’s unilateral sanction is focused more on the message that Seoul will not look on idly of Pyongyang’s provocations.

Seoul’s Foreign Ministry also appears to be aware of the limited effects these actions would take. Still, a Foreign Ministry official said unilateral sanctions still hold symbolic meaning as they would be imposed for the first time in over four years.

“I believe there would be three effects. With countries imposing their own sanctions (against the North), it could fill in the gap that remains even with the UN sanctions,” the official said under condition of anonymity. “(The unilateral sanctions) would also deliver a warning to Pyongyang and those pursuing economic activities with the North. Furthermore, it would show South Korea’s commitment to working with the international community in pressing the North,” the official said.

There is little room left for any tougher measures anyway, Park of Ewha Womans University said, as Seoul launched its strongest unilateral sanctions under the Lee Myung-bak administration back in 2010.

On May 24, 2010, the Lee Myung-bak administration called off all exchanges with the North, including cooperative projects the two Koreas were working on. The sanctions also included a stricter travel ban and a stop on investment and aid to the North.

Still, the choice of imposing unilateral sanctions does have its meaning since “the mechanism of sanctions” is the only way to directly influence the reclusive regime, Hong explained.

“The measures we can take (to handle the North) is to expand nuclear deterrence together with the US, carry out military exercises or release a statement of condemnation and impose sanctions,” Hong told The Korea Herald.

“The military measures are only a show of force as warnings, but it is not about actually attacking the North. So sanctions, be it international or unilateral, are the only way to have tangible impacts.”

South Korea’s consideration for its own sanctions comes as the option for tougher sanctions -- such as banning oil imports to North Korea and freezing its overseas assets -- were ruled out at the United Nations Security Council last month.

In response to the series of missile launches by North Korea, which included intercontinental ballistic missiles this year, the US proposed to adopt new sanctions. In the plenary session on May 19, 13 out of the 15 UNSC permanent and nonpermanent member states voted in favor of the resolution, but it failed to pass with vetoes from the two permanent members, China and Russia.

Despite the limited impact, experts say it would help if other countries joined the movement to introduce their own sanctions against North Korea.

Japan, another key US ally in East Asia, said it would consider imposing unilateral sanctions in case Pyongyang carries out a nuclear test.

“If NATO states can also join the efforts to press the North, the unilateral sanctions introduced by different countries would come to have a greater effect (in deterring North Korea’s provocations),” Park added, referring to the North Atlantic Treaty Organization.