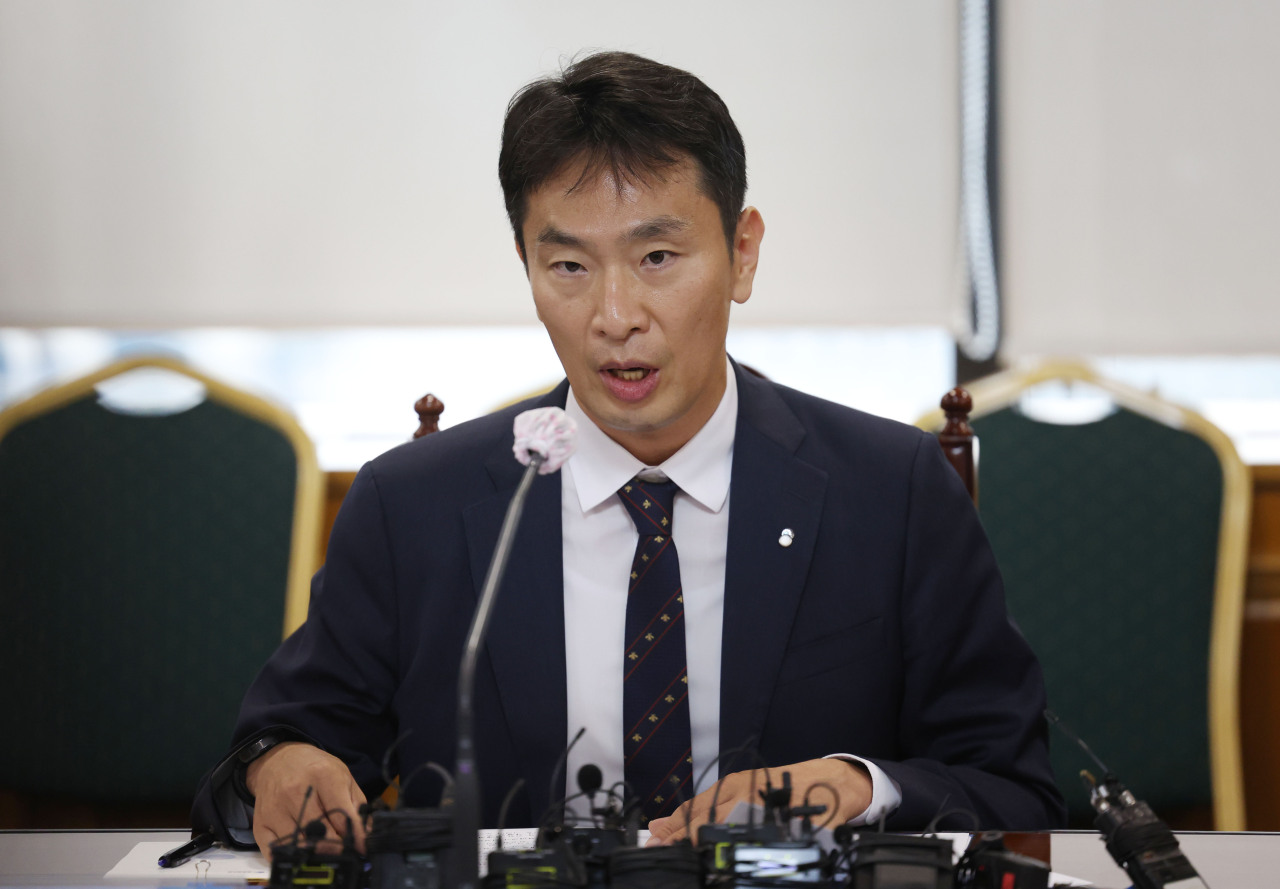 Lee Bok-hyun, chief of the Financial Supervisory Service, holds a meeting with local bank CEOs in Seoul on Monday. (Yonhap)
South Korea’s top financial watchdog said Monday that banks should step up efforts to protect self-employed and small business owners who are affected most by surging interest rates, at a meeting held with 17 local bank CEOs ahead of a rate decision by the Bank of Korea in July.

“Rising interest rates and prices could push them into defaults and we have to be ready for that,” said Gov. Lee Bok-hyun, who was named to lead the Financial Supervisory Service two weeks ago. The meeting marks the first gathering of many to come with chiefs of local financial institutions.

“Companies will be no exception to the current economic difficulties,” Lee said, referring to a global surge in materials costs. “If they’re facing a liquidity squeeze, banks should help out. Help them restructure if the problems are more structural.”

Currently, banks are accused of taking too much advantage of the rapidly rising interest rates. The Bank of Korea is expected to back four more hikes beginning in July to tame surging prices and keep the rate premium over the US Fed.

The Fed last week raised interest rates by 75 basis points, the biggest hike in 28 years amid a record annual increase in consumer prices there in May. The central bank is also expected to back four more hikes by year-end.

“Banks should be reasonable and transparent in the way they decide how much borrowers will be paying for what they are owed,” Lee said, noting his agency will oversee how banks revise their rate rules.

Lee added banks should improve their internal oversight as well, calling recent thefts involving employees a “wake-up call.” An employee at Woori Bank, one of five banking giants in Korea, is under investigation for having stolen at least 60 billion won ($46 million) from the bank.

A former prosecutor versed in financial crime investigations, the FSS chief vowed to work with the Financial Services Commission to present a road map for a tighter oversight customers demand. The FSC is a government agency that makes policies and while the FSS is a nongovernment body overseeing financial institutions.